Who Returns the Most Points for 2019 Men’s NCAA’s? 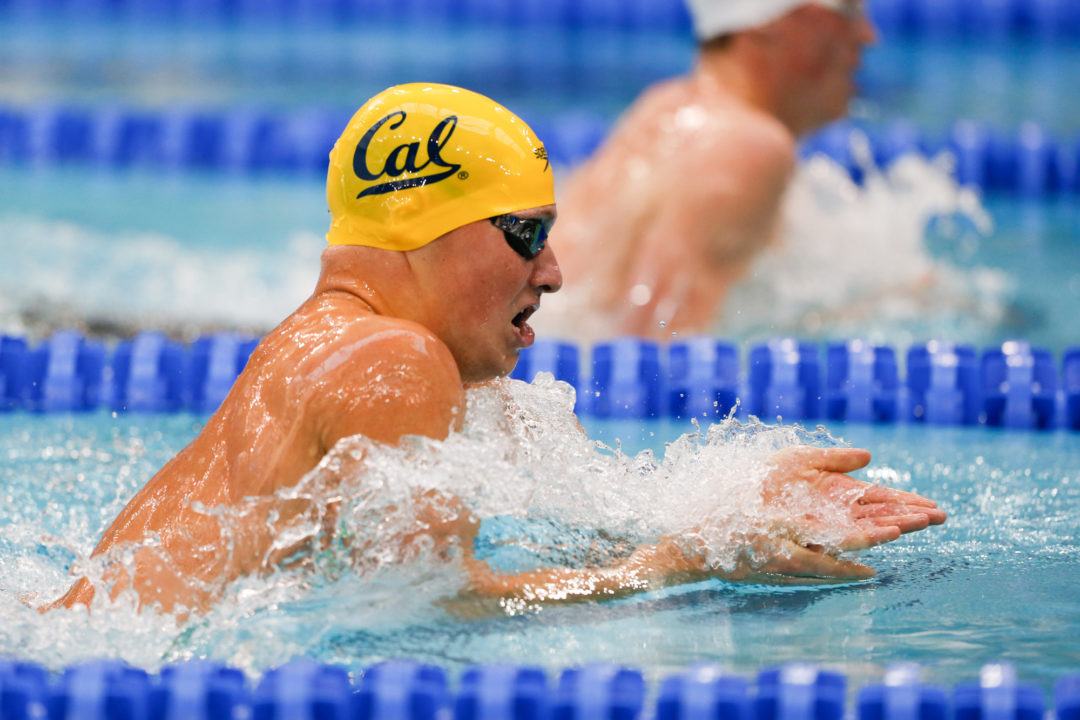 The 2018 men’s NCAA championships wrapped up on Saturday with Texas defending their title by a narrow 11.5 point margin over... Current photo via Tim Binning/TheSwimPictures.com

The 2018 men’s NCAA championships wrapped up on Saturday with Texas defending their title by a narrow 11.5 point margin over California. And since we’ve already analyzed the scoring of this year’s meet to death, it’s time to start looking ahead to next year. The best metric for projecting a team’s success the next season without looking at recruiting classes is returning individual points.

Basic returning points numbers were already covered in my original scoring wrap up post, but those don’t paint a full picture. Some events like the 50 free where 8 seniors scored will look very different next year. Other events such as  the 100 back where 2 seniors scored have the potential to look very similar next year. We can account for this by re scoring the meet with the seniors removed and seeing who has the most points (i.e. I re scored the results using only freshmen, sophomores, and juniors. Someone’s no-seniors points are what they scored in this hypothetical meet). This method ignores all of the new freshmen that will fill in some of the gaps next year, but freshmen score a smaller share of points at this meet than upperclassmen. Adding freshmen isn’t a direct replacement for subtracting seniors, so there is should be some merit to this methodology.

Cal’s jump up the ranking is a product of their abundance of bottom of finals/top of consoles type swims or guys just outside the top 16. This left a lot of room to move up. For example, in the 100 fly, 8 of the top 11 guys were seniors. Removing them leaves Cal with the #2 returner Ryan Hoffer (6th this year) and the #4 returner Zeng Quah (12th this year). Texas on the other hand had a lot of guys already very near the top of their events who can’t improve by many points (ex Townley Haas, Jordan Windle, John Shebat), or guys ranked so far down in their event that removing all the seniors still doesn’t bump them into the scoring (ex. Chris Yeager, Parker Neri).

This isn’t to say that Cal is a clear favorite headed into next year. Recruiting classes will play a pretty big role in determining who is the favorite next year, and Texas has a pretty good class coming in. However, the idea that Texas is already returning the most isn’t clearly true.

Cal weren’t the only team to disproportionately benefit from the no seniors scoring. Michigan nearly doubled their points returning point total. They have 93.5 returning real points and 178 returning no seniors points. That was enough to put them past NC State for 4th.

Florida’s prospect for next year look grim no matter how you look at it. They return 16 individual points and only 30.5 no senior points. They have a lot of work to do to maintain their elite status.

Here are the complete returning points numbers for the top teams. Below that is a breakdown for every non senior at the meet.

Vote Up6-2Vote Down Reply
How much does CD bench

Rooney, Taylor and Beach need to step up next year for the gators! All they’ve got is Baqlah.

What happened to Beach’s twin bro?

For some, it takes a little time to adjust to the training at Florida. I have seen people make very large improvements year 2-3 after not showing much their first year.

Stokowski and Freeman are coming.

Someone also said that Robert Fink is coming in as a Freshmen next year as well.