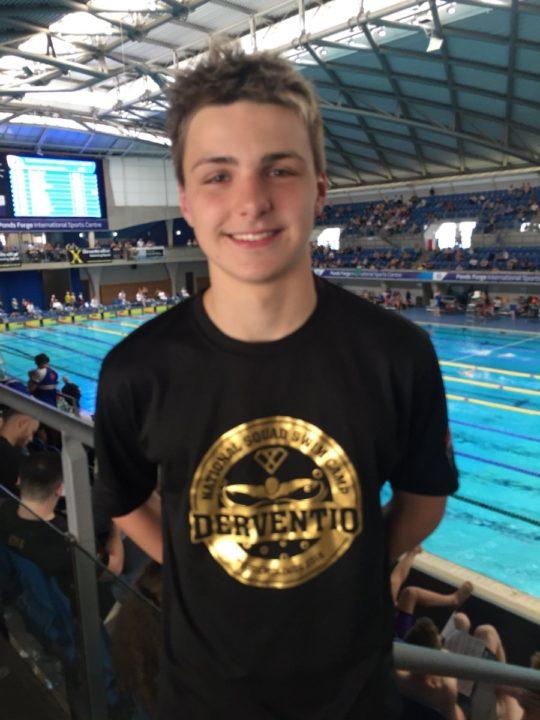 While competing at the 2019 Middle East Open and Junior Championships, 14-year-old Jacob Whittle lowered his own British Age Group Record in the men's 50m freestyle. Archive photo via Derventio Excel

While competing at the 2019 Middle East Open and Junior Championships, 14-year-old Jacob Whittle lowered his own British Age Group Record in the men’s 50m freestyle.

Entering the meet in Dubai, Whittle owned a personal best 50m free time of 24.15, a mark he earned at the City of Derby meet this past January. That outing matched the reigning British Age Record for 14-year-olds, which was originally set by Henry Rennolls back in 2014.

However, the Derventio Excel athlete took things to an entirely new level this morning in the heats at these Middle East Championships, dipping under the 24-second threshold for the first time in his young career. Stopping the clock at 23.97, Whittle took the top seed and set himself up for another shot during the finals.

And, Whittle capitalized on the opportunity by dropping another .02 to lower his newly-minted lifetime best and British Age Record down to 23.95 to en route to gold in his age group.

Except why is he at the Middle East Championships?