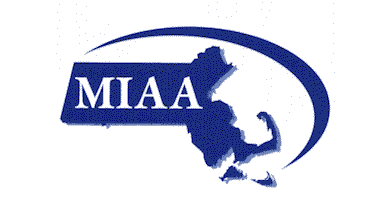 The 2015 Massachusetts Division 2 Girls State Swim and Dive Championships took place this past weekend giving way to a very close competition that ultimately was won by the Weston girls. Current photo via MIAA

The 2015 Massachusetts Division 2 Girls State Swim and Dive Championships took place this past weekend giving way to a very close competition that ultimately was won by the Weston girls.

The Weston girls were able to put up 300 points to win what was a very close meet over Wayland and Marblehead-NE. Wayland took the second place finish with 242.5 points with Marblehead racking up a grand total of 211.

In a foreshadow of what was to come the Weston girls kicked off the meet with a new meet record in the 200 medley relay. The girls took just about three-tenths of a second off the previous mark of 1:47.76 to post a winning time of 1:47.48. Wayland was almost two full second back in 1:49.39 with Marblehead grabbing the bronze in 1:51.09.

The first individual event of the meet went to Jerrica Li of Longmeadow. Li swam a very solid 200 freestyle to clock in at 1:50.28 for the win ahead of Weston’s Leeza Shahkova. Shashkova was well behind in 1:53.63 ahead of Li’s teammate Syndey Joyce. Joyce was able to grab another top three spot for Longmeadow with a time of 1:56.10.

The next event gave way to another meet record for Wayland as 15-year-old Molly Pierce grabbed a big win in the 200 IM final with a time of 2:02.97. With that time she was just slightly better than the 2:03.13 that stood as the record beforehand, set by Longmeadow’s Sara Li back in 2009. Julimar Avila was second for Weston in 2:06.25.

The splash-and-dash came next and it was all about Kylie Cronin from Marblehead who rocked a very fast 24.27 to take the win over Weston’s Katrina Angelucci. Angelucci wasn’t able to keep it close and had to settle for silver touching the wall in 24.94.

A short diving break followed where Mikaela Thompson absolutely dominated the 1 meter event for Weston, putting up a massive 537.50 points to create what was almost a 75 point victory over the next diver.

Heading back to swimming, Cronin was able to manage another win making it two for two, just falling shy of  a new meet record in the 100m fly en route to gold. Cronin was a 55.56 coming up just short of the meet record of 55.35. Julimar Avila grabbed her second silver of the night with a 56.25 performance behind Cronin.

Also grabbing her second win of the night was Jerrica Li who put together a very solid swim in the 100 freestyle to come up with a big win. Li was a 50.95 to take gold, and wasn’t too far off the stat record of 50.19. She won the event by a wide margin as Abigail Martin came second in 53.57.

Leeza Shashkova lost to Li in the 200 freestyle earlier in the meet, but come the 500 freestyle Shashkova was 100 per cent golden taking the event in 5:00.74. Li didn’t compete, but she had her hands full with 200 freestyle bronze medallist Sydney Joyce who went a 5:04.99, and Saint Joseph’s Jessie Tubin. Tubin was third in 5:08.36.

Right after the 500 Shashkova grabbed another win as a member of the 200 freestyle relay. Weston won the race in 1:38.45 taking down Wayland by almost a full second. Wayland took home the silver in 1:39.43 followed by Longmeadow in 1:40.01.

Marblehead grabbed one more individual win with Ellie Ronan in the 100 backstroke. Ronan won in 57.81.

In the final individual event of the meet Molly Pierce added her second individual gold of the competition with a 1:04.88. That time was fast enough to keep Mary Buckley in a silver medal position as she touched in behind Pierce in 1:05.78.

The last event was a Marblehead victory as they stormed to a big win in the 400 freestyle relay. Longmeadow kept it close but at the touch it was Marblehead 3:36.14 to Longmeadow’s 3:36.65. Weston was third.