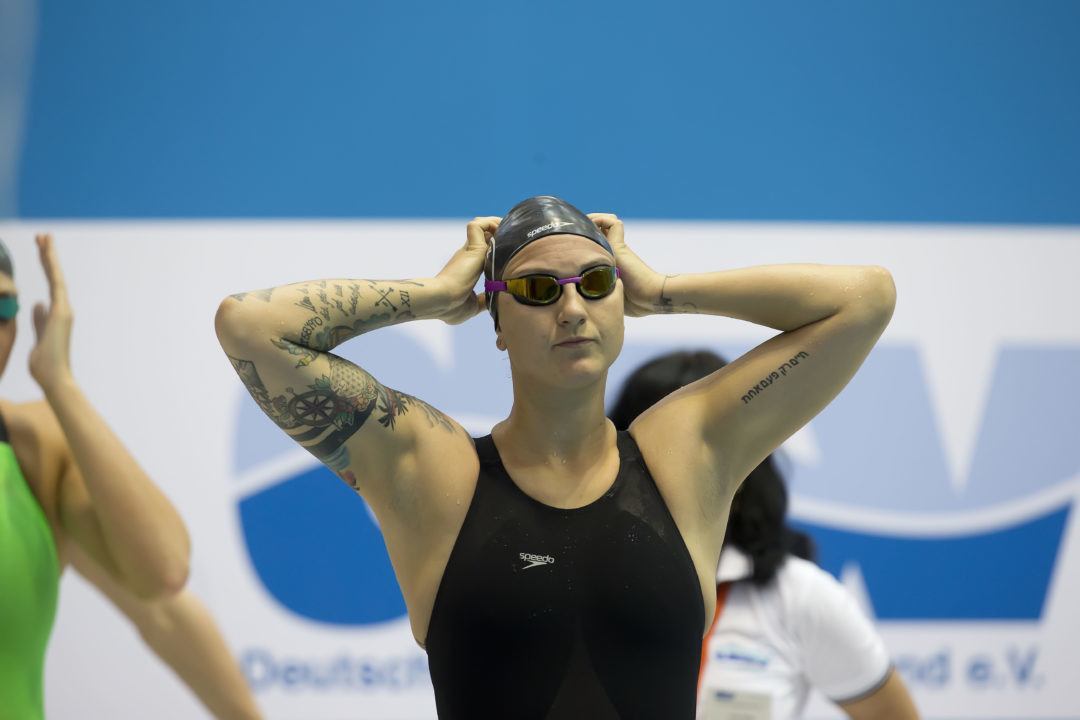 Theresa Michalak won her third event and broke her second meet record with a blazing 59.51 in the 100 breast on Day 3 of 2017 NCAA Division II Championships. Archive photo via Mirko Seifert

Just a few hours after Drury freshman Bailee Nunn took down the NCAA Division II record in the women’s 100 breast with her 1:00.54 in prelims, West Florida senior Theresa Michalak snatched it away with a huge swim in finals. Michalak lowered the mark by 1.03 seconds to 59.51. Both she and Nunn broke the 1:00 barrier, the first two women in NCAA Division II history to do so. Michalak also set the Division II meet mark in the 100 fly on Thursday. The 100 breast win was her third national title of the meet.

There was an air of expectation as Michalak and Nunn stepped up to the blocks for the 100 breast final. They had been back and forth over the past two days, trading wins and national records, and it there was a good chance the crowd was going to see yet another meet mark fall. Michalak took off and was aggressive on the first 50; Nunn matched her pace, turning just .07 behind her at the 50 wall. Michalak’s second 50 was 10/100 faster than Nunn’s, and that’s all it took for the title. Both Michalak and Nunn crushed the previous meet record, giving the NCAA meet not one, but two, sub-minute breaststrokers.

Here are the splits of the four fastest 100 breast performances in NCAA Division II history: