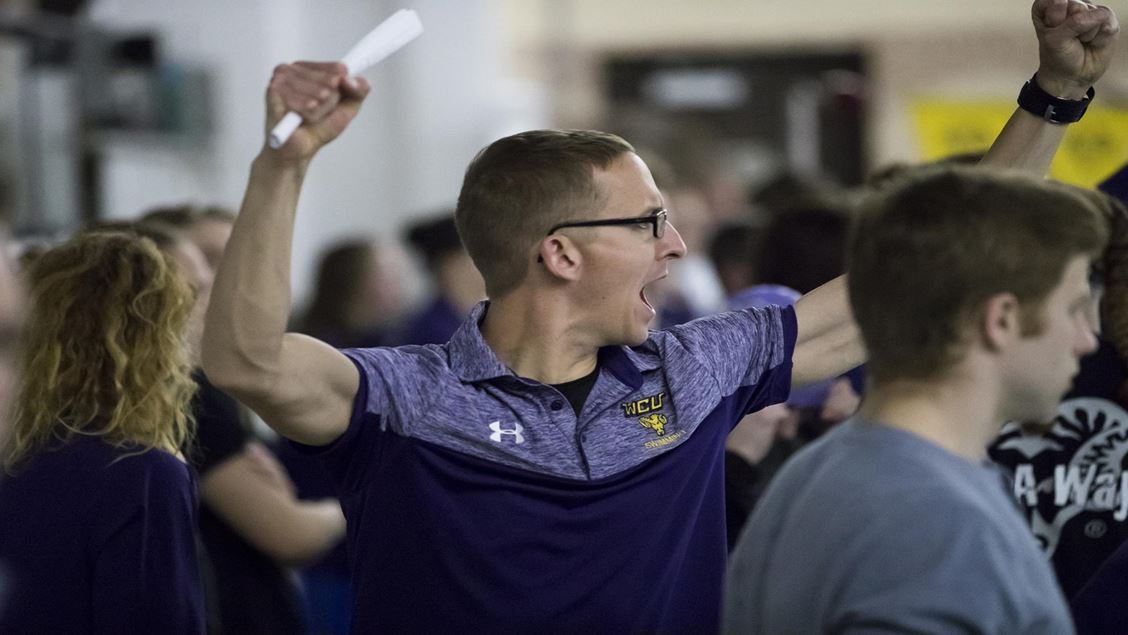 Butterfly specialist Danyael Cuison has committed to swim for DII Dixie State University beginning fall 2020. She will join the Buffalo’s class of 2024.

Mazurek, who has served in that interim role since former head coach Jamie Rudisill stepped down from the position following the 2017 season, performed admirably in that role to earn the full-time status he now enjoys.

“If I’m not coaching at West Chester, I’m probably not coaching,” Mazurek said. “My mentors and colleagues here have made it easy for me to call this campus home.

“We have an Athletic Director who genuinely wants the best experience for each our student-athletes. He engenders a spirit of growth and professional development amongst that staff.  Terry makes me want to be a better coach.”

During Mazurek’s time as the interim head coach, West Chester University’s swimming & diving program continued its dominance of the Pennsylvania State Athletic Conference while the women’s team posted a Top 3 finish at last year’s NCAA Division II Swimming & Diving Championships. In that span, he has witnessed eight individual national championship performances and won the league’s coach of the year award three out of a possible four times (twice with the women and once with the men).

“I am excited for Steve, and for our program, and I know that he will continue to have great success,” Beattie commented. “Steve has served as our interim head coach since 2017, and has led the program to four PSAC Championships, a women’s third-place finish at the 2019 NCAA Championships and has mentored a number of National Champions. In addition, both teams have been recognized for their academic performances and have represented WCU Athletics well in the community.”

Mazurek was an assistant coach and the pool director inside the Graham Natatorium for nine seasons, before being elevated to the interim head coaching role. Mazurek is a West Chester graduate with a B.A. in Communications. In 2006, he received his Master of Education from La Salle University. He is a member of the American Swim Coaches Association, a Red Cross Lifeguard Instructor, and a Certified Pool Operator. He is currently working towards a certificate in Plant-Based Nutrition from eCornell.

“President (Chris) Fiorentino was one of the first to congratulate the team when the GPA’s were announced,” Mazurek revealed. “(Vice-President of Student Affairs) Dr. (Zeb) Davenport recognized Nadia (Mulder) and Georgia (Wright) for their NCAA championships in front of the Board of Governors in the spring. It’s reassuring to know the team’s direction is supported by upper administration.

“I feel good knowing our student-athletes have the opportunity to be mentored by the best in the business because that’s the advantage I’ve enjoyed. Jamie Rudisill gave me a shot as an assistant back in 2008. For nine years, I had a front-row seat as he ran most unique swimming and diving model in all of college swimming.”

West Chester’s men’s and women’s swimming & diving squads opened the 2019-20 campaign last weekend at Southern Connecticut State University by sweeping the tri-meet. The swimmers will be back in the pool this weekend for their home opener on Friday, Oct. 18 at 6 p.m. against Division I foe Lehigh and Bloomsburg.