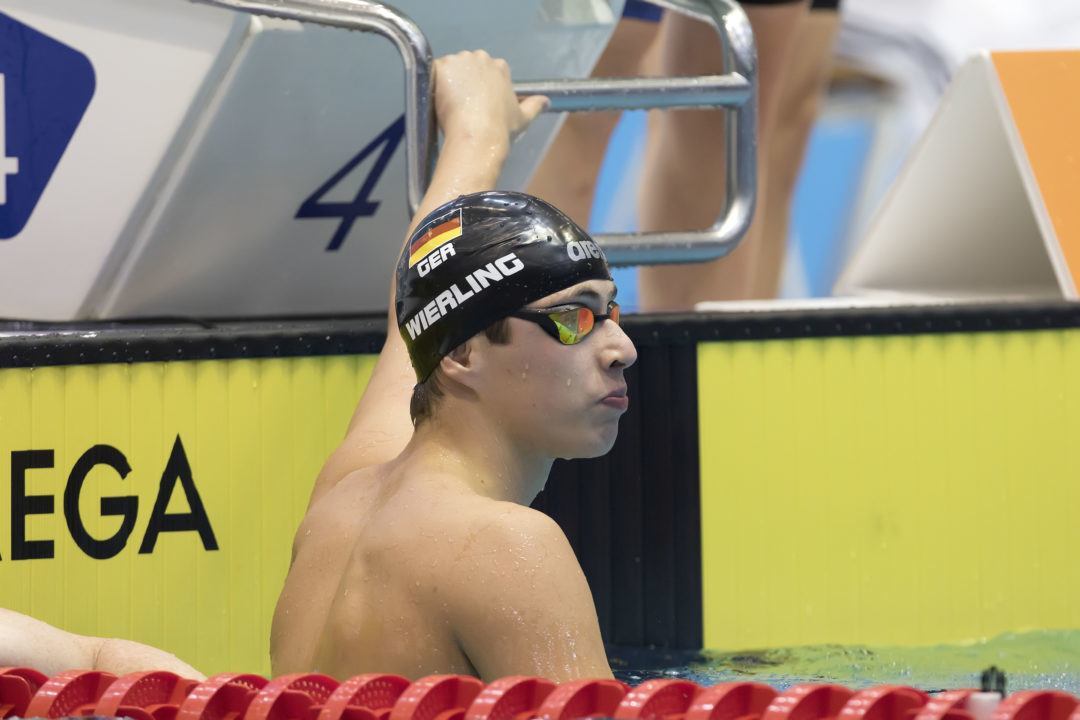 After already reaping gold across the 1500m and 400m free at this meet, the 25-year-old ace topped the 800m free podium in a time of 8:28.21. Winning by over 12 seconds, Kohler finished 4th in this event in Gwangju, with her time of 8:16.43 establishing a new German National Record in the event.

Florian Wellbrock, the first swimmer to win both the 10k open water and 1500m pool swimming title at a World Championships, followed up his 1500m free victory from last night with another gold this evening, Punching the clock in a time of 3:47.14, Wellbrock took the men’s 400m title here in Berlin in the only sub-3:50 result of the night.

Wellbrock’s personal best in this event rests at the 3:45.59 registered in Stockholm this past April.

Damian Wierling posted 2 wins on this final night of competition, first reaping gold in the 100m free in a time of 48.92. He posted the only sub-49 second outing of the field and his time tonight checks-in among the top 10 performances of his career.

Wierling’s next victim was the 50m fly, where the 23-year-old cleared the field in a time of 23.80. He finaled in this event at last year’s European Championships, hitting a time of 23.46 for 7th place in Glasgow.

Great Britain’s Tom Fannon was among the mix tonight, winning the men’s 50m free in 22.40. He is GReat Britain’s 5th fastest performer ever in this event, holding a personal best of 22.09 from last year’s Commonwealth Games.

Annika Bruhn won the 200m free last night and collected another win in the 100m free this evening. Bruhn registered a winning time of 55.11, with Lisa Hopink close behind in a mark of 55.28.

The women’s 200m fly saw Franziska Hentke, the German National Record holder in the event, get to the wall first in a time of 2:08.47 to win by 3 seconds.  Hentke found herself in 4th place by just .26 in this event at this year’s World Championships in Gwangju.