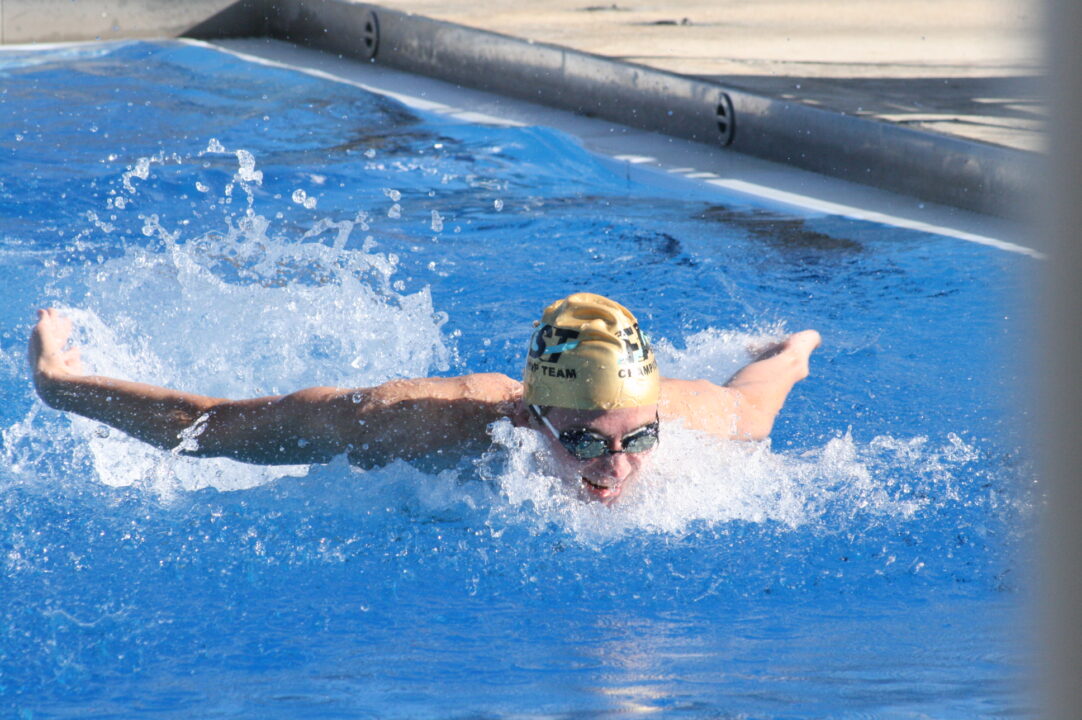 All 10 records were broken in short course meters, which, while contested much less frequently than the traditional short course yards, is an approved high school course.

Below, watch race videos of nine of the records, with brief descriptions of each:

Stoneburg broke two records en route to the finish in the 500-meter free. NISCA recognizes both 400 and 500-meter freestyle records, and Stoneburg broke both in the same swim: clocking 4:08.12 at the 400 to crush the official public school (and unofficial overall high school) record of 4:12.68 done by Erica Laning of Hardin Valley Academy (TN) in 2016.

Erika Pelaez scorched a time of 25.01 in the girls’ 50-meter freestyle, breaking the previous record of 25.75 set by The Baylor School’s Sloane Pitman in 2008.

Pelaez then put up a 54.75 in the 100 free to smash the National Independent High School Record that previously belonged to Pitman at 56.59 from 2008.

Saint Andrew’s School broke the independent school records in both girls’ free relays. First in the 200 free, Gersper, Logan Zielinski, Nicole Aguilar, and Erin Miller combined for a 1:45.70. That broke the old record of 1:46.37 that was set by The Baylor School in 2018. Then in the 400 free relay, Gersper, Aguilar, Ella Martinez, and Miller combined for 3:49.26. That broke the independent and overall high school records of 3:50.57 set by the Baylor School in 2008.