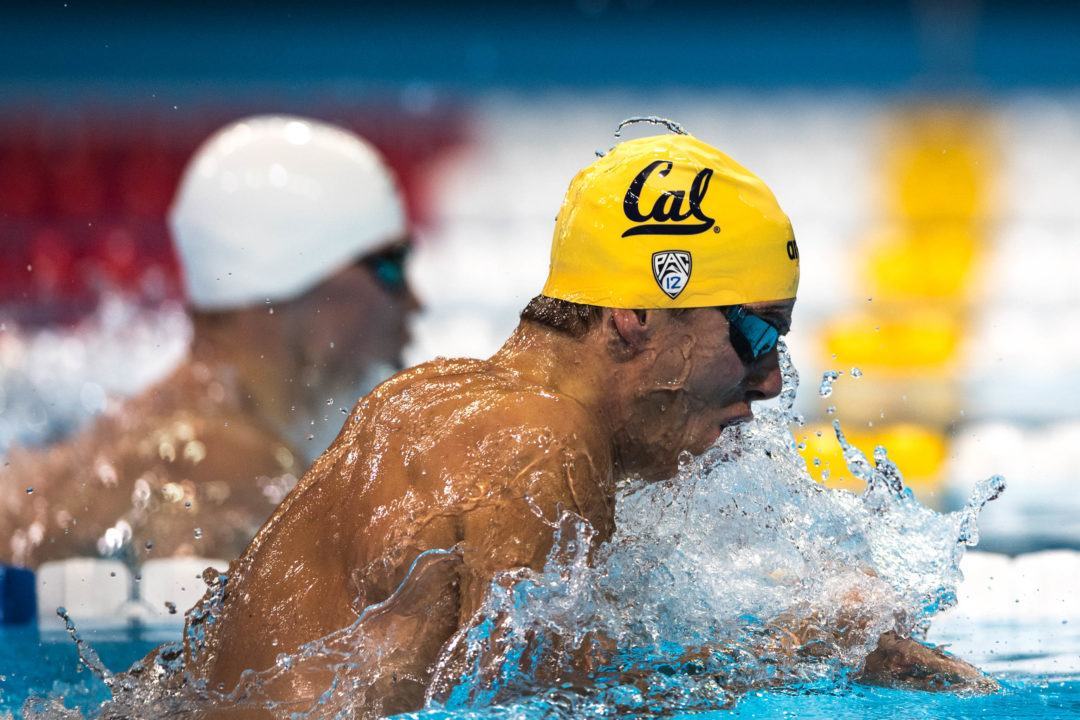 By the time the 8-day meet that was the 2016 U.S. Olympic Trials came to a close on July 3rd, a total of 4 U.S. Open, 3 American Records and 1 National Age Group Record were given the ax by the talented athletes who took to the pool in Omaha.

For the women, sprinter Abbey Weitzeil cracked a new U.S. Open Record in the women’s 100m freestyle final with her time of 53.28, enough to punch the Canyons Aquatics swimmer’s ticket to Rio.

The remainder of the records fell to the men, with Kevin Cordes firing off a new U.S. Open and American Record in the semi-finals of the men’s 100m breaststroke, touching in a time of 58.94. Another breaststroke record fell to Cordes in the form of the 200m event, where he notched a semi-final U.S. Open Record time of 2:07.81.

That accomplishment was short-lived, however, as the ultimate winner of the 200m breaststroke final, Josh Prenot, registered an even faster time of 2:07.17 to race away with the automatic Olympic berth in a new U.S. Open and American Record time.

Re-live each of the record-setting swims below.

Abbey Weitzeil qualified for her first Olympic team with a new U.S Open record in the 100m freestyle en route to a swift 53.28.

Weitzeil managed to hold off Simone Manuel during the last 10-meters who absolutely charged in order to put up a 53.52. American record holder Amanda Weir touched in just behind Manuel in 53.75.

Lia Neal grabbed the fourth relay position with a 53.77 performance. Likely, the United States will take six for the relay, which will then include Allison Schmitt and Dana Vollmer.

Move over Kevin Cordes, Josh Prenot is the new American record holder in the 200m breaststroke and the second fastest performer of all time in this event.

Prenot swam the most controlled 200m breaststroke of the field, waiting patiently until the last 50 to fully strike and take down both Cordes and Texas’ Will Licon.

After the first 50, it was Cordes ahead of the field with a 28.49 split, turning in under world record pace. Prenot turned fourth in 29.21 behind Cordes, Cody Miller and BJ Johnson.

At the 100-meter mark Cordes turned in a 1:00.77, well under world record pace and almost a full second faster than Prenot who turned in 1:01.47. Once again, he was fourth to the wall, this time behind Will Licon and Miller.

On the last wall Cordes was ahead and still well under world record pace with just 50-meters to go. Prenot moved up to second at the 150, passing both Licon and Miller in order to make his move.

Prenot began to fly, splitting a 32.98 on the last 50 (almost a full second faster than anyone else in the field), and heading hard into the wall. He passed Cordes with roughly 30-meters to go and charged to the wall, chasing the world record.

Cordes and Licon began to battle for the silver, trading the second place position back-and-forth.

Prenot touched in for gold in 2:07.17 to put up the second fastest performance only behind world record holder Akhiro Yamaguchi.

As expected based on their impressive prelim and semifinal swims, both Kevin Cordes and Cody Miller touched the wall ahead of the rest of the field in order to secure their spot on the American Olympic team.

Out first at the wall, Cordes turned in 27.49 with Andrew Wilson, Marcus Titus, and Cody Miller hot on his heels. As he advanced forward to the 75, he began to separate himself from them as did Miller.

With 10 meters to go, Miller creeped right up on Cordes’ shoulder, but didn’t have enough to overtake him as Cordes clocked in at 59.18 to Miller’s 59.26.

Josh Prenot passed both Wilson and Titus in order to claim the third spot. Michael Andrew was fourth in a new national age group record time of 59.81.

Watch the 100breat underwater video in slow motion. The guy on Kevin Cordes right side is doing huge dolphin kicks after every kick!

I see what you mean now. I don’t agree they are huge, they look much more subtle to me, possibly not fully intentional. It doesn’t look like much of a benefit though I suppose it could add up? At first i didn’t see it but then I compared it with Cordes and the guy on his other side and they had zero up/down movement, so compared with them, yeah. But is it enough to get the guy DQd? I don’t know the rule exactly.

That was a great swim from Wietziel, but she didn’t get the U.S open record. That is actually a 53.12 swam by Sjostrom in Austin earlier this year.

Do you mean 1 17-18 NAG record was broken? I’m certain Michael Andrew broke a 15-16 NAG record. Didn’t Sean Grieshop also break a NAG record in the 400 IM? I’d be surprised if there weren’t other NAG records as well.

Phelps has the NAG in the 400 IM. Andrew is 17 and did indeed break the 17-18 NAG. No other male age group records were broken. Not sure on the women side.

Lawrence, Thanks! Yes, I forgot Andrew is now 17. Grieshop broke the World Junior Record in the 400 IM; I assumed that was also a NAG record, but you know what happens when you assume… Anyway, it doesn’t look like the copy of the article is accurate in stating that one NAG record was broken at the 2016 US OT.