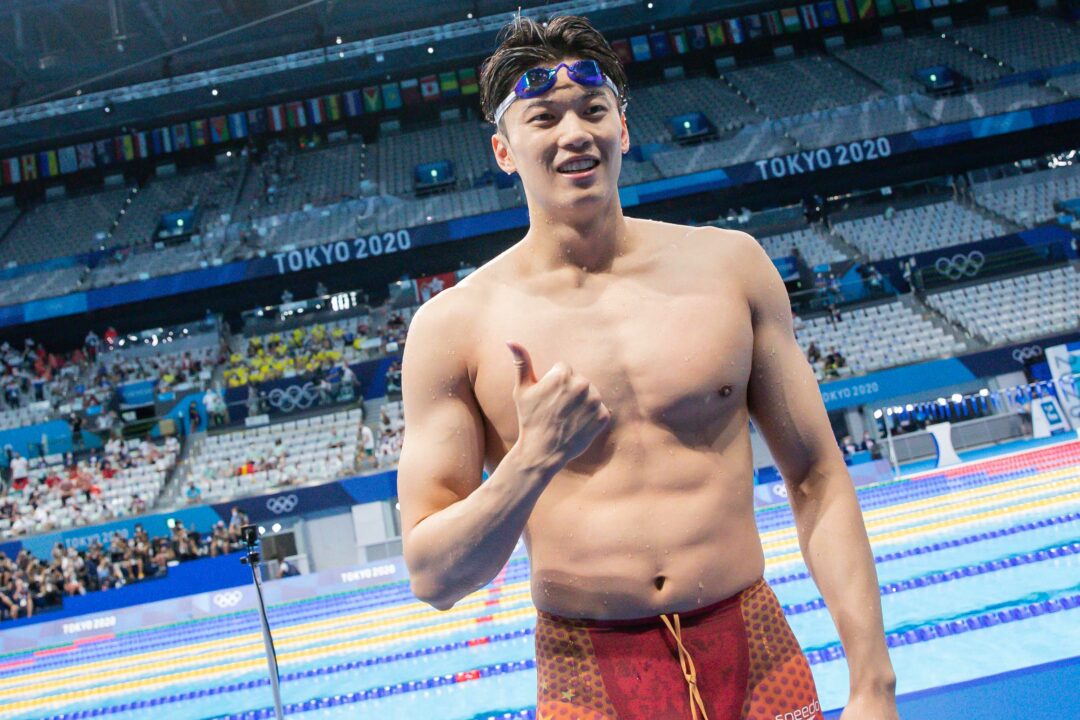 Olympic gold medalist in the men's 200m IM, Wang Shun, topped the podium in the same event at the China National Games this evening. Archive photo via Jack Spitser/Spitser Photography

Several Olympians were in the water again tonight at Xi’an Olympic Sports Center Swimming for the penultimate finals session of these 2021 China National Games.

Among them was 200m IM gold medalist Wang Shun, the 27-year-old who topped the podium ahead of Duncan Scott (GBR) and Jeremy Desplanches (SUI) in Tokyo.

At this domestic meet, Wang was dynamic again, hitting the wall in a quick 1:56.33 to beat the field by over 2 seconds. Although off the 1:55.00 which won him Olympic gold, his time here was nearly good enough to land bronze at this summer’s Games.

Also in the water tonight was Yang Junxuan, wreaking havoc in the women’s 100m freestyle. Firing off a time of 53.42 for the win, Yang led two other swimmers to get under the 54-second barrier in Cheng Yujie and Wu Qingfeng. Cheng touched in 53.80 while Wu settled for bronze in 53.92 after clocking 53.99 as the top-seeded semi-final swimmer last night.

In Tokyo, Yang posted a prelims swim of 53.02 to rank 8th out of the heats before withdrawing from the individual event entirely. However, she was an integral member of China’s gold medal-winning and world-record-setting women’s 800m free relay, as well as the bronze medal-winning 400m free relay.

Backstroker Xu Jiayu snagged 200m back gold tonight in a time of 1:56.89, clearing the field by just over a second while Yu Jingyao topped the women’s 200m breast odium in 2:22.61.

Also notable is the fact that Wang Shun bagged home 6 golds in the national games – including a gold in the 200 freestyle, less than 24 hours from an exhausting night where he raced 3 races in a row (and won golds in all 3 of them)