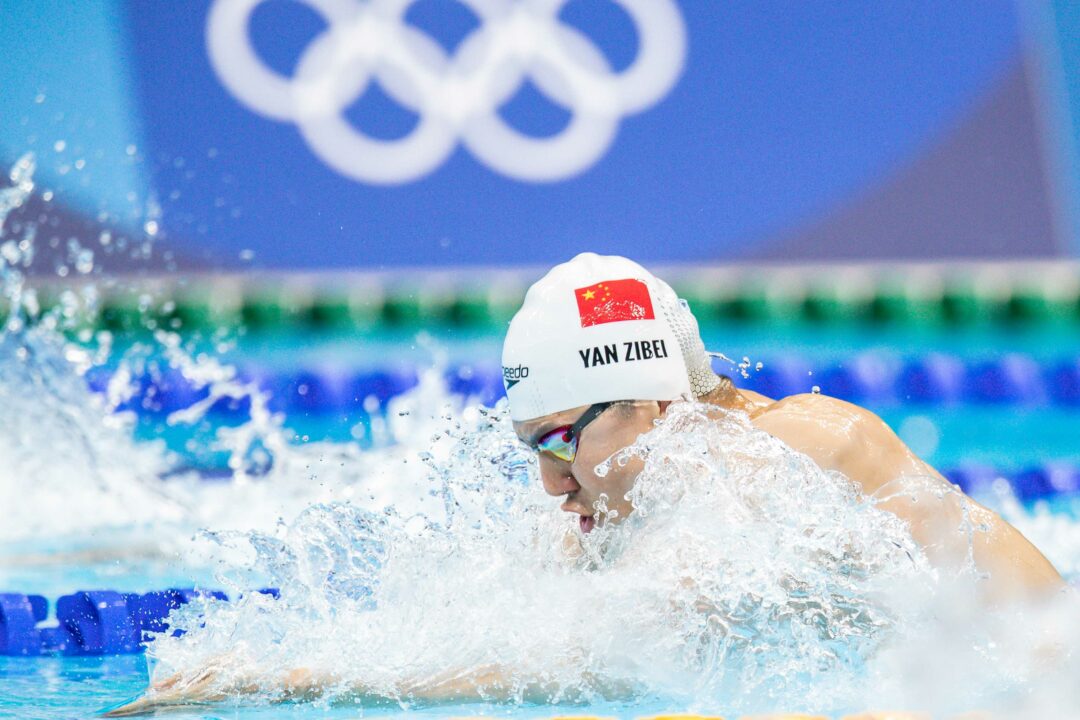 The swimming portion of the 14th edition of the China National Games kicked off today in Shaanxi with several Olympians diving into the Xi’an Olympic Sports Center pool.

All told, approximately 20,000 athletes from across 35 sports are expected to descend upon the host city for the prestigious quadrennial multi-sport event, with the competition marking the first sporting event to be held in the nation with spectators since the COVID-19 pandemic began.

Wang Shun, a flag bearer here at these Games, made some noise in the men’s 400m IM, taking the meet title in a mark of 4:12.76. Wang topped the men’s 200m IM podium at this summer’s Olympic Games, an event in which he’ll be racing here as well.

In semi-final action, Yan Zibei posted a mark of 58.87 to dominate the round. That’s already faster than the 58.99 he put up in that Tokyo final to tie American Andrew Wilson for 6th place.

Yan owns the Chinese and Asian records in this 1breast event in 58.63, so the man is already within striking distance with the final yet to come.

Zhang Yufei was another winner on opening night here, producing a solid effort of 57.64 to take the women’s 100m fly. In Tokyo, Zhang finished runner-up behind gold medalist Maggie MacNeil of Canada, with Zhang hitting 55.64 to MacNeil’s 55.59.