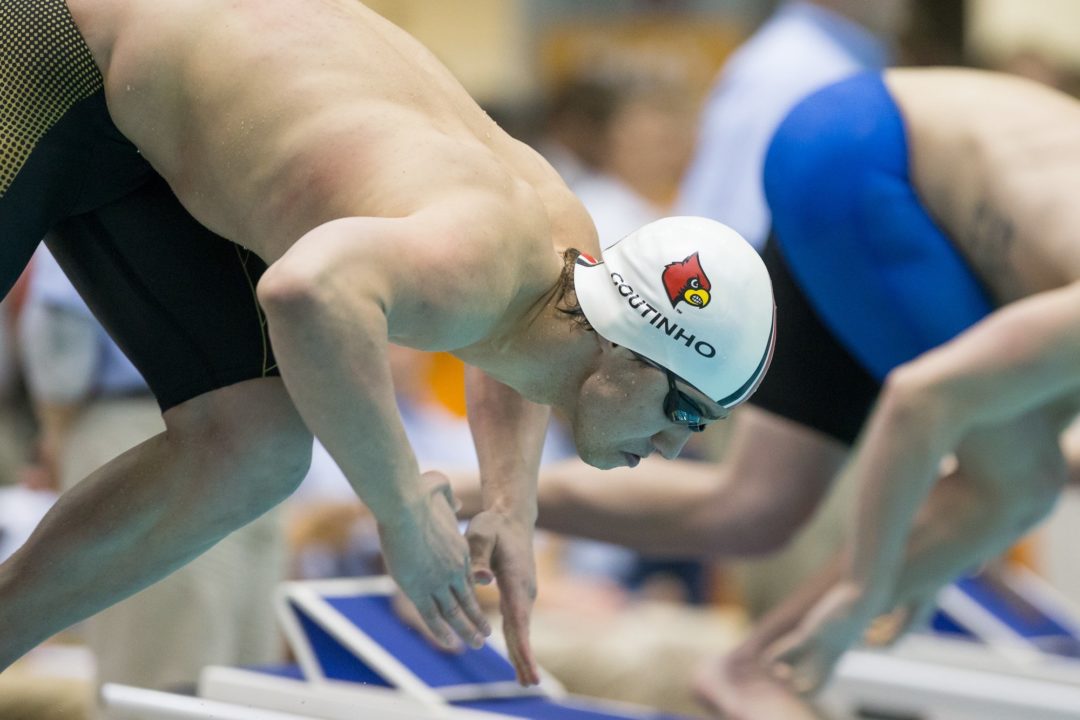 Update: Camp has been suspended for the meet for a violation of team rules. He will not be swimming individual...

Update: Camp has been suspended for the meet for a violation of team rules. He will not be swimming individual or relay events.

In exchange, the second alternate of the meet, Pedro Coutinho of Louisville has been called up based on his 46.58 in the 100 fly, which will be his only individual entry for NCAA’s. He was likely already in Louisville’s NCAA plans as the butterflier on their best 200 medley relay.

Coutinho is the second alternate to be called up to the meet, after Kentucky’s Eric Bruck was called up in the 50 free late last week.

What is wrong with Parker? Why would he scratch? Hope he is feeling well.

Wahoo Strong – change wasn’t announced until well after-hours on the east coast, so we’re waiting until tomorrow morning for a response from UVA. He did Tweet yesterday about looking forward to the meet, though, so it’s odd indeed.

Wondering – see the update at the top of the article. Violation of team rules.

Any Glenn too? Both these are odd with them being seniors.

So do the guys who are alternates just stay training hoping that something like this happens? That has to be tough for them.

To be honest, both guys were already training as they are on relays.

But lets say you are Glenn on the outside looking in, and the 2nd alternate and you get called up the week of-that is tough. If you don’t I’d say find a USA meet to swim at for a second taper.