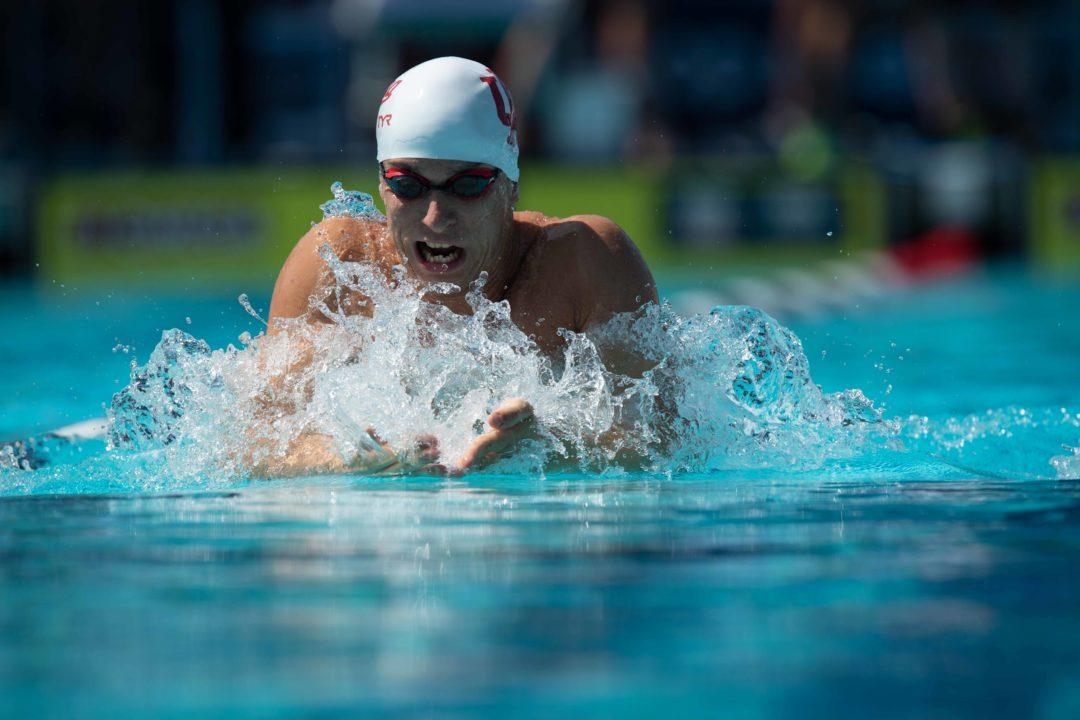 Indiana swept all 4 200 yard races at the meet, including a 200 breaststroke win on Saturday by Ian Finnerty (above). Archive photo via Mike Lewis/Ola Vista Photography

The latter two of those titles came in new Big Ten Championship Records as well.

First up was Finnerty, whose time broke his own Big Ten Championship Record of 1:50.78 that was set at last year’s meet. Last season, he was able to drop that time to a 1:50.17 and win the NCAA title. His closing speed, which is the weakness in his 200, really came around in this race. His 29.31 closing split is over a second better than the 30.43 he clocked on the last 50 at NCAAs last year. That last 50 at NCAAs was the slowest of any A finalist at that meet.

Those 3 wins in the 200 yard races on Saturday for Indiana helped hammer-home an already locked-up Big Ten title for the 3rd-straight year. With 2 events left (platform diving, and the 400 free relay), Indiana has a DQ-proof 237-point lead over Michigan.