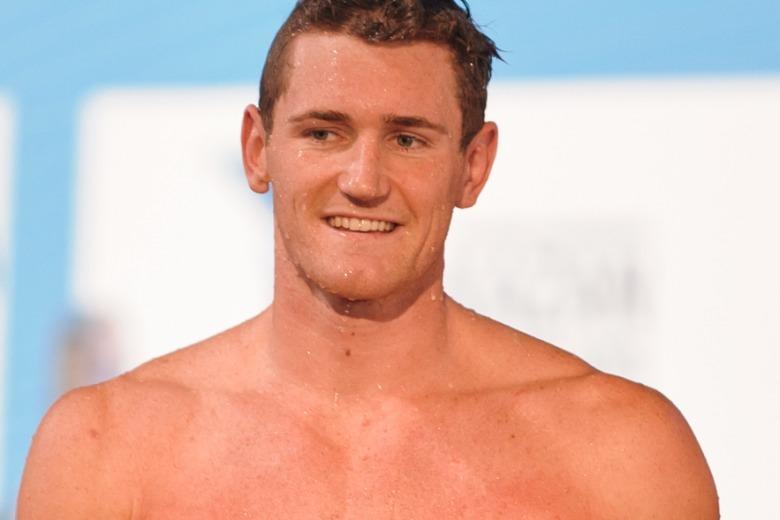 The 2015 South African National Championships resumed today at the Aquatic Kings Park Center with some additional prime time swimmers in the water to take the competition’s intensity up a notch.

Northern Tigers Swimming’s Vanessa Mohr stayed in the pole position of the women’s 100m fly race through heats and prelims and ultimately won the event tonight in a time of 1:00.21.  Jessica Ashley-Cooper finished almost a second behind, touching the wall in 1:01.14 for runner-up, while Marne Erasmus finished in 1:01.46 to round out the top three.

The men’s 50m butterfly final contained a 19-year age span, with the oldest competitor being Roland Schoeman age 34, and the youngest being USA’s Michael Andrew at just 15-years old.  Man-speed ruled the race, however, as Schoeman took the win in a swift 23.69.  Schoeman’s time falls within the world’s top 20 so far this year, but is just short of the Kazan qualifying standard of 23.53.  Nico Meyer charged to the wall in 2nd, finishing with 24.24, followed closely by Ryan Coetzee.  For his efforts, Michael Andrew registered a fourth place finish in the contest in a time of 24.49, not too far off of his personal best of 24.22.

The women’s splash and dash was led by 16-year-old Erin Gallagher out of club KwaZulu Natal roaring to the wall in 25.93.  A competitor ten years her elder swam into second place, as 26-year-old Trudi Maree clocked a time of 26.05, followed by Emma Forbes-Milne in third with a time of 26.60.

Some fireworks flew in the men’s 100m breaststroke event, with the South African master of the race, Cameron van der burgh, getting the job done in another sub-minute time.  59.78 is what VD Burgh threw down to win the event by over two full seconds, as well as slide into the 3rd-fastest spot on the world rankings, tying Felipe Lima.  Only Great Britain’s Adam Peaty and Japan’s Yasuhiro Koseki have been faster so far this year, with times of 59.04 and 59.73, respectively.  There were two runners-up to VD Burgh tonight as Marko Visser and Ayrton Sweeney tied for second place, both touching the wall in 1:02.27.  For his efforts, USA’s Michael Andrew’s 1:03.05 clocking held him to a 5th place finish.  Andrew has been as fast as 1:01.67 earlier this year at the Pro Swim Series – Austin.

Western Province Aquatics wrapped up the women’s events with a win in the 800 free relay (8:33.10), while the men’s team from KwaZulu Natal took the men’s edition of the race in a winning time of 7:35.98.

Still not bad for being outside his normal training environment on a prolonged family vacation. It is not easy to train abroad living out of suitcases. I am sure the times will improve again by summer.