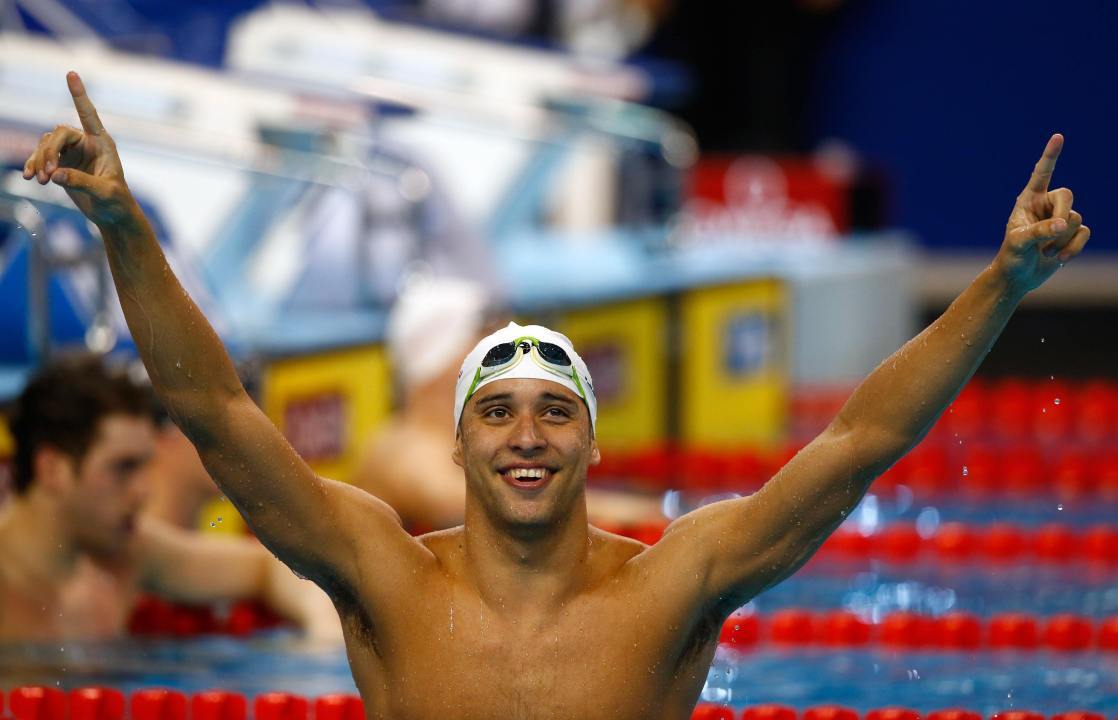 Chad le Clos won the men's 100 butterfly at the South African National Championships in a time of 52.03... Current photo via courtesy of FINA

Chad le Clos closed out the South African National Championships with a decisive win in the men’s 100 butterfly. le Clos took the first 50 meters out in a time of 24.87 and finished the second half of the race in a 27.16 to win the event in a time of 52.03, which does not break into the top 10 in the world. The time is a season’s best beating the 52.31 which he recorded in February.

Nico Meyer finished a distant second posting a time of 53.68 a full second ahead of George Du Rand who touched in a time of 54.88.

It was no surprise to see Roland Schoeman standing atop of the podium for the men’s 50 freestyle. Schoeman won the event in a time of 22.50, almost half a second clear of the field.

Ayrton Sweeney dominated the men’s 200 breaststroke winning the event by almost six seconds. Sweeney hit the wall in a time of 2:11.64 followed by Jarred Crous who recorded a 2:17.50.

After collecting the silver in the 400 IM Matthew Meyer completed the extremely difficult double by winning the men’s 1500 freestyle in a close battle with Daniel Marais and Josh Dannhauser. Meyer won the event in a time of 15:35.82 followed by Marais (15:38.02) and Dannhauser (15:38.64).

I still wonder how rested Le Clos was for this meet. I’ve heard he has been training hard, but the times he put up this past week weren’t anything special for a swimmer of his caliber. I think he went a 1:56 in the 200m fly, 1:47 in the 200m free and now a 52.0 in the 100m fly. After he tore through the SC season i was expecting a little more from him.

Chad was quoted as saying that this was the worst National Championships that he has ever had. He needs to put right whatever is going wrong.