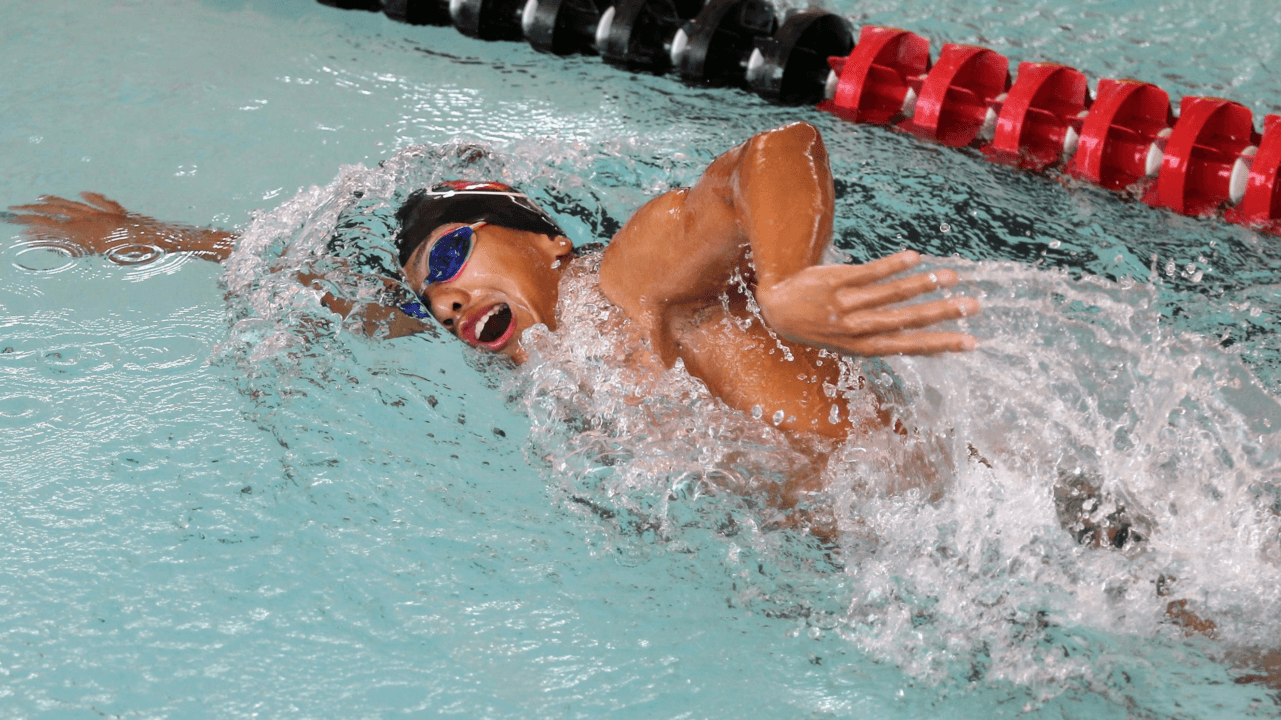 The Utah men's swimming and diving team captured 11 events en route to an easy victory at UNLV on Friday, while the women bested the Rebels 147-96. Current photo via Utah Athletics

“I am really proud of the team’s performance,” head coach Joe Dykstra said. “After another difficult week of training and a six hour bus ride, we came out swinging with the relay performances. It was great to pick up another road win.”

The event started with the Utes rolling in the 400 medley relay. Daniel McArthur, Andrew Britton, Colten Montgomery and Felix Chiun won with a time of 3:19.25. McArthur returned for the 200 back, which he won in 1:48.21. Chiun eventually teamed with Rodolfo Moreira, Clay Stoddard and Austin Phillips to close the meet with a victory in the 200 free relay (1:20.59).

On the boards, newcomer Rylan Little was second on the one-meter with a score of 283.75

The divers are back in action next weekend at the USC Invitational while the swimmers will travel to the Minnesota Invitational at the end of the month.

“I am really proud of the team’s performance,” head coach Joe Dykstra said. “After another difficult week of training and a six hour bus ride, we came out swinging with the relay performances. It was great to pick up another road win.”

On the boards, Clare Greenlow picked up another top result with a score of 259.75 in the three-meter event.

The divers are back in action next weekend at the USC Invitational while the swimmers will travel to the Minnesota Invitational at the end of the month.

LAS VEGAS – The UNLV men and women’s swimming and diving teams were swept by former MW rival Utah in a dual meet Friday at the Jim Reitz Pool. The Rebel women were able to stay close from the start but lost with an overall score of 147-96. The Rebel Men meanwhile fell by a score of 142-91.  Divers from both teams competed after the meet along with divers from BYU, and the scores were included in the dual meet totals.

QUOTABLE-
“There were some really nice efforts tonight. We were out-gunned on the men’s side, but it was still a great showing from our medley relay and our young crew of breaststrokers. This whole squad is young, they are stepping up one meet at a time.

On the women’s side we had some nice wins and even 1-2 finishes in the freestyle events. And even some lifetime-best performances from some freshmen. Our freestyle relay at the end was a really stellar swim from all four women, a nice nice time for early November.”