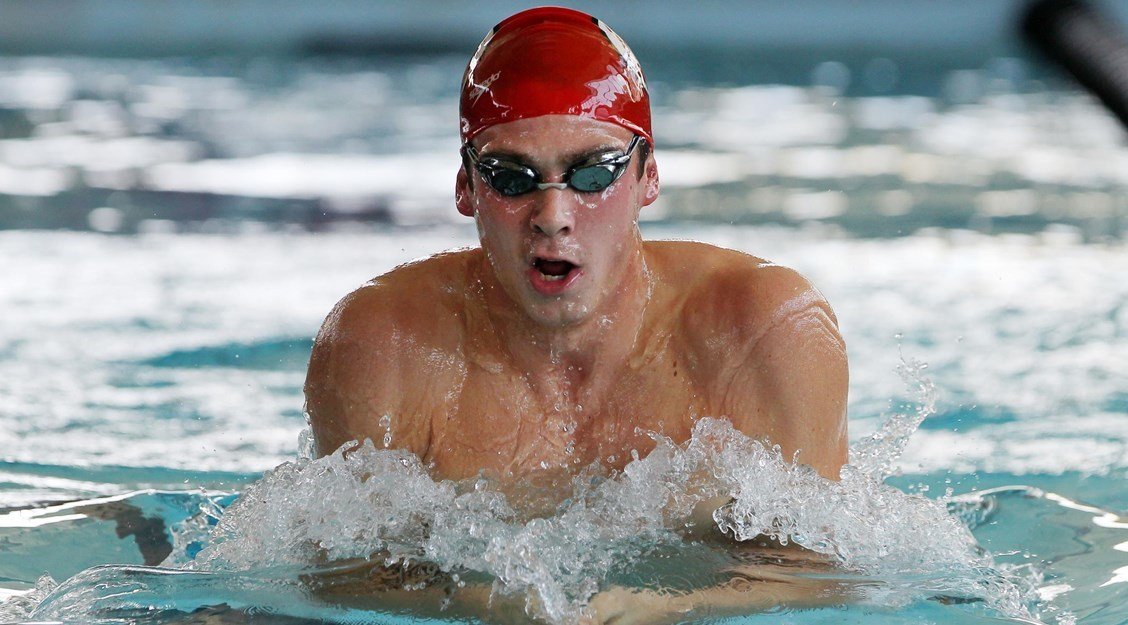 The Utah men were dominant in their home meet with rival USC. The Utes won 12 of the 14 events, setting multiple Pool Records. Current photo via Utah Athletics

Liang, a freestyle, butterfly and individual medley swimmer from Palo Alto, Calif., is majoring in economics and holds a cumulative 3.59 GPA.

Cal’s Ryan Hoffer will aim to defend his conference title in the 100 fly on Day 3 of the Men’s Pac-12 Championships in Houston.

In their final dual meet of the season ahead of the Pac-12 Championships, the Utah men were dominant in their home meet with rival USC. The Utes won 12 of the 14 events, setting multiple Pool Records.

Tyler Klawiter also took down a Pool Record for Utah. He was dominant in the 1000 free, winning by nearly 10 seconds with his 9:12.49. That was a breakthrough swim for Klawiter. He took 4 seconds off his former best, lowering his time in the event for the first time since 2018.

“We have made a conscious choice to do more lifting and harder training this season,” head coach Joe Dykstra said. “It has affected us in dual meets but we pulled off slightly as the season comes to a close. I think that preparation has us really popping and looking sharp heading into the Pac-12 Championships.”

The Utes took 12 of 14 events against the Trojans and put forth an impressive performance. Tyler Klawiter set a new Don Reddish pool mark in the 1000 free at 9:12.59 and Andrew Britton did the same in the 100 breast (54.41). Britton was back in the 200 medley relay with David Fridlander, Cooper DeRyk and Liam O’Haimhirgin and the group matched the pool mark in 1:26.81.

Utah was not finished making history in the relays with DeRyk, Fridlander and both O’Haimhirgins winning the 200 free and setting a new pool standard at 1:20.08.

Sophomore Alexei Sancov posted a pair of wins in the 100y and the 200y fly to lead the USC men’s swimming team in a 164-91 loss to Utah on Saturday (Feb. 22) at the Ute Natatorium.

With a relatively young squad, USC is now 0-6 after the loss to Utah. The Utes improve to 3-4.

USC posted solid swims in the sprint free events against the Utes. In the 50 and 100y free, Nikola Miljenic finished third in 20.73 and 46.77. Freshman Max Saunders (46.22) touched second in the 100y free to pick up points for the Trojans.

Next up for USC is the Pac-12 Championships in Federal Way, Wash., March 4-7.

David Fridlander aka the car master