Ustinova, Medeiros Both Miss 100 Back Semis After Anti-Doping Hurdles 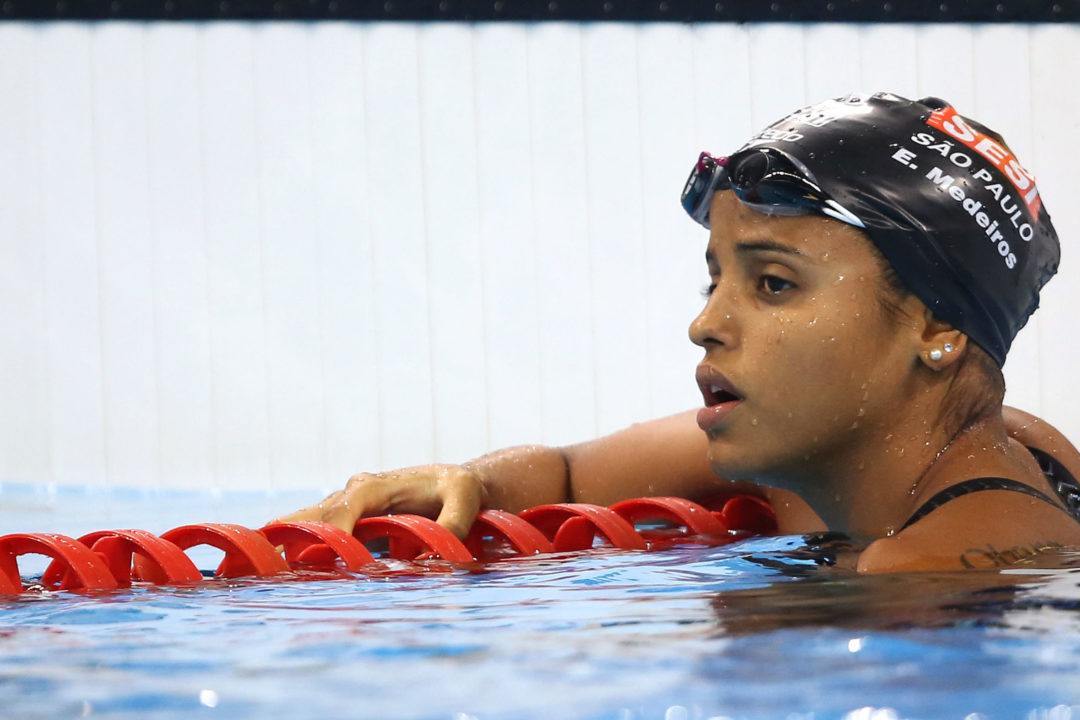 Eligibility in question after scrapes with anti-doping enforcement this year, both Russia's Daria Ustinova and Brazil's Etiene Medeiros competed in the women's 100 back, but missed the semifinal cut. Archive photo via Satiro Sodré/ SSPress

Eligibility in question after scrapes with anti-doping enforcement this year, both Russia’s Daria Ustinova and Brazil’s Etiene Medeiros competed in the women’s 100 back, but missed the semifinal cut.

Ustinova was one of 7 Russian swimmers originally barred from competing in Rio after the McLaren Report alleged state-sponsored doping within Russia. She, like teammates Vladimir Morozov, Nikita Lobintsev and Yulia Efimova, filed an appeal with the Court of Arbitration for Sport (CAS), though we never heard official word on the result of her appeal.

Ustinova apparently regained her eligibility, though, as she competed in the 100 back heats Sunday morning. She fell off her best time, though, fading to 23rd in 1:01.45. She entered the meet ranked 16th worldwide for the season at 59.78 from Russia’s National Championships.

Medeiros, meanwhile, tested positive for a banned asthma drug in May, though some reports suggested her test was the result of a failure to file a Therapeutic Use Exemption that would have allowed her to use a medication she had been prescribed by a doctor.

Medeiros is Brazil’s best chance for a medal in women’s swimming, which would be the nation’s first ever. Medeiros still has the sprint freestyle to go after that “first.”