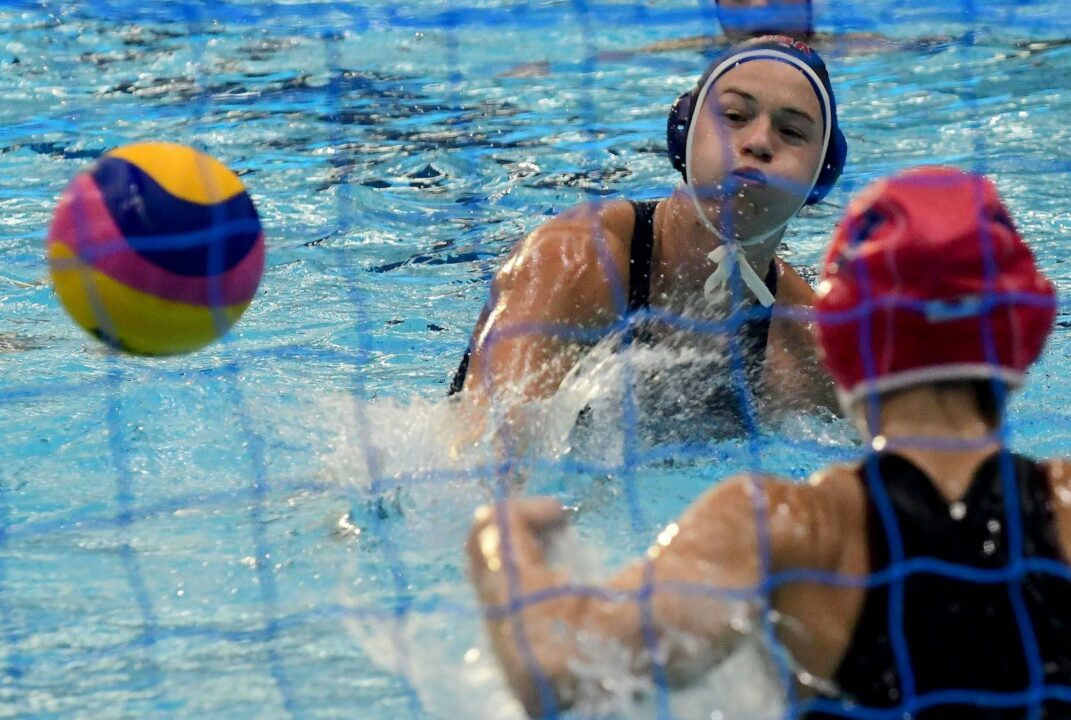 Jordan Raney (pictured) was one of eight U.S. players with two goals or more in the decisive victory over Japan. Current photo via fina-athens2021.com

The new World Cup format will consist of two levels – including the top 12 men’s and top eight women’s teams in “Division 1.”

Athens, Greece – June 17 – The USA Women’s National Team continued their winning ways in Greece with a 20-6 victory over Japan to earn a spot in the semifinal round at the FINA World League Super Final. Maggie Steffens was named player of the game as she led nine different scorers, delivering four goals in the win. Ashleigh Johnson and Amanda Longan teamed up for five saves in net. Team USA will now meet Russia with a chance to advance to the championship match, game time is set for 11:30am et/8:30am pt tomorrow. Follow live stats by clicking here, live streaming will be available for viewers in the United States via FloSports (subscription required).

Maddie Musselman once again got the Team USA offense in gear early, scoring two of the first three goals to build a 3-0 lead with 4:53 to play in the opening quarter. Japan followed with their first goal but that was met by a tally from Paige Hauschild for a 4-1 lead after one. In the second quarter the United States offense took it up a level connecting on six goals. Alys Williams started the scoring for a 5-1 lead. After Japan made it 5-2, Team USA ran off five unanswered goals, two from Steffens and one each from Hauschild, Rachel Fattal and Makenzie Fischer.

Emerging from intermission with a 10-2 lead, the United States continued to pour it on in the third quarter adding six more goals. Steffens and Musselman combined for the first three goals for a 13-2 lead. Stephania Haralabidis closed the scoring in the quarter with two straight goals to take a 16-3 lead going to the fourth. Japan’s offense came to life in the final eight minutes as they scored three goals, but Team USA responded with four of their own. After Japan opened the quarter with two straight goals, Jordan Raney, Makenzie Fischer and Alys Williams followed with scores for an 19-5 advantage with just under three minutes to play. Melissa Seidemann added a late goal to confirm the 20-6 win and the United States moved to 4-0 in Greece.