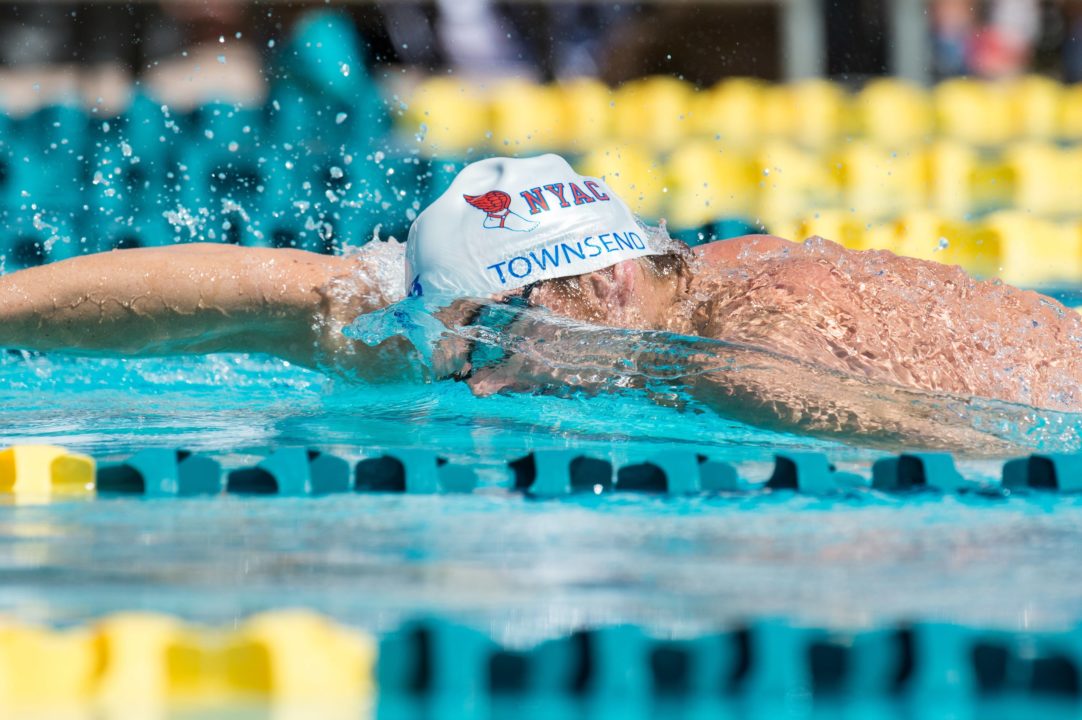 Darian Townsend, a naturalized US citizen since July 24, 2014, will represent the USA for the first time at the 2015 Pan American Games in Toronto.

The USA team for the 2015 Pan American Games, being held July 10-26 in Toronto, Canada, is beginning to come together.

USA Swimming is selecting a team of up to 18 men and 18 women based on their performances at the 2014 National Championships this past August 6-10 in Irvine. Athletes selected to the 2015 World Championships and 2015 World University Games are not eligible for Pan Am Games. Once the WC and WUG athletes are excluded, priority will go to the top two men and women in the 100 and 200 free, and then the fastest men and women in each of the other individual Olympic events.

The athletes are being contacted by USA Swimming this week. So far, those who have accepted the invitation to represent Team USA at 2015 Pan American Games include:

Bobby Bollier: Bollier qualified for PanAms with a sixth-place finish in the 200 fly (1:57.95) at Nationals. A veteran National Team member, he trains in the post-grad group at Stanford Swimming. Bollier represented the USA at both 2009 and 2011 World University Games.

Darian Townsend: Only two months after being sworn in as an American citizen, Townsend has made his first USA Swimming international team. Townsend represented his native South Africa in London in 2012 but has been stateside ever since. His 49.53 100 free placed him tenth at Nationals; he was 16th in the 200 free. Townsend represents New York Athletic Club.

Kelsi Worrell: Worrell finished sixth in the 100 fly (59.34) at Nationals, and was third in the 50. The University of Louisville junior makes her first appearance representing Team USA on the international stage.

Very exciting to see these teams formulate. Is USA swimming sending over info on the World University Games team as well?

I wonder if Natalie Coughlin will swim?!? I certainly hope so, to give her some international competition to fuel her towards Rio.

I think Pam Ams will be a walking in the park for USA team.Even Brazil(always sending a A team) will send a mixed team because is so close to World Champs.

Not even a mixed team, Brazil will send the ones who did not qualify for Worlds (Including Relay Only swimmer) swimming on Pan AM is one week before Worlds only..