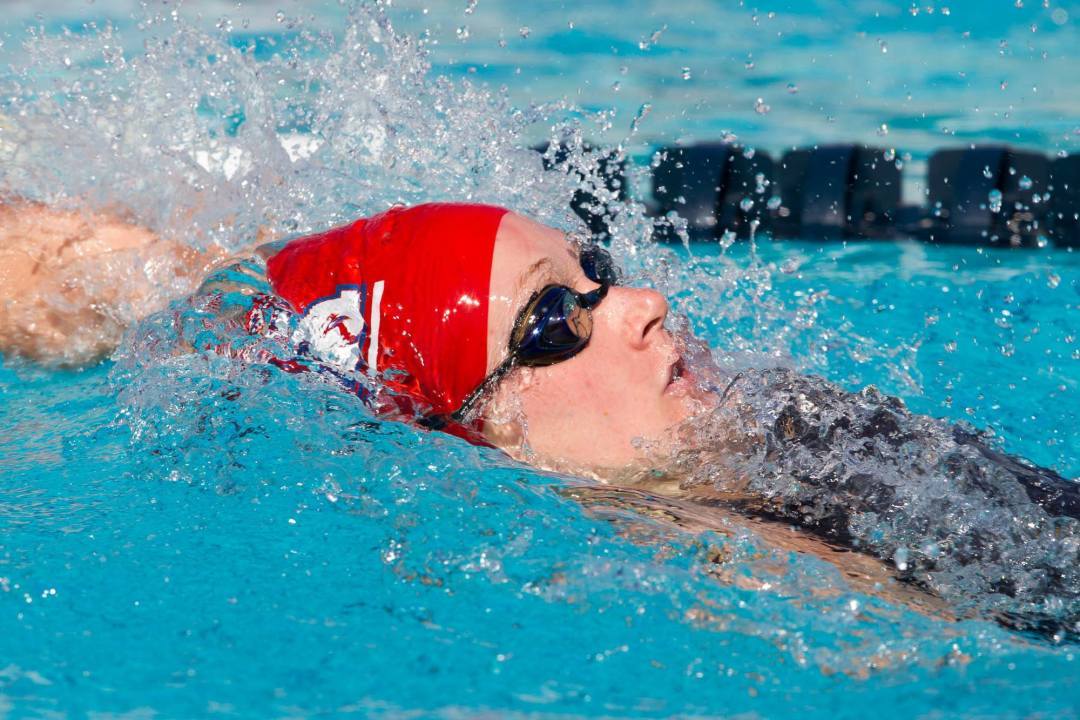 Lexie Lupton, a C-Finalist in the 200 back at Junior Nationals, has verbally committed to Texas A&M. Archive photo via Tim Binning/TheSwimPictures.com

The Texas A&M women have kicked off their fall recruiting class by hitting one of the program’s biggest needs, and what has been their biggest need really for the last half-decade, a sprinter.

Lexie Lupton from the Eagle Swim Association in Atascocita, Texas, a suburb Northeast of Houston, has verbally committed to the newly-renewed Steve Bultman and his Aggies.

Lupton is primarily a sprint freestyler, with lifetime bests of 22.80 and 49.86. Both of those swims were done at high school regional championships as a junior, en route to Texas 5A (big school) State Championships in both races two weeks later. Scholastically, Lupton swims for Texas high school swimming power Kingwood, who placed 3rd at the state meet last season.

Lupton also some skills in the 200 backstroke, where she’s been 1:59.08 in yards and swam in the C-Final at Junior Nationals. Interestingly, her 100 backstroke times (57.3 in yards and 1:05.1 in meters) haven’t matched her 200 times, despite how good she is in the sprint freestyles.

That means that she could be due for a pop in either the 200 free, the 200 back, or both as a senior in high school.

Out of A&M’s sprint group from last season, only one sub-23 second 50 freestyler (Claire Brandt, 22.82) will still be around when Lupton arrives on campus

This year’s freshman class has some very good freestylers in it as well, including Caitlynn Moon and Beryl Gastaldello, so the A&M recruiting cycles have timed out perfectly where a fresh group will come in just as their top freestylers are leaving. That’s a timing that they’ve missed in past  years, and that could keep A&M hanging around the top 5 programs in the country for a few more seasons.

To really shore that up, the obvious targets are still one more sprinter, as well as a butterflier. A&M’s top 6 100 butterfliers last season were juniors and seniors.