USA Swimming Worlds Roster Change-up: McLean Out Due to Injury, Klueh In, No More 100 Free for Lochte 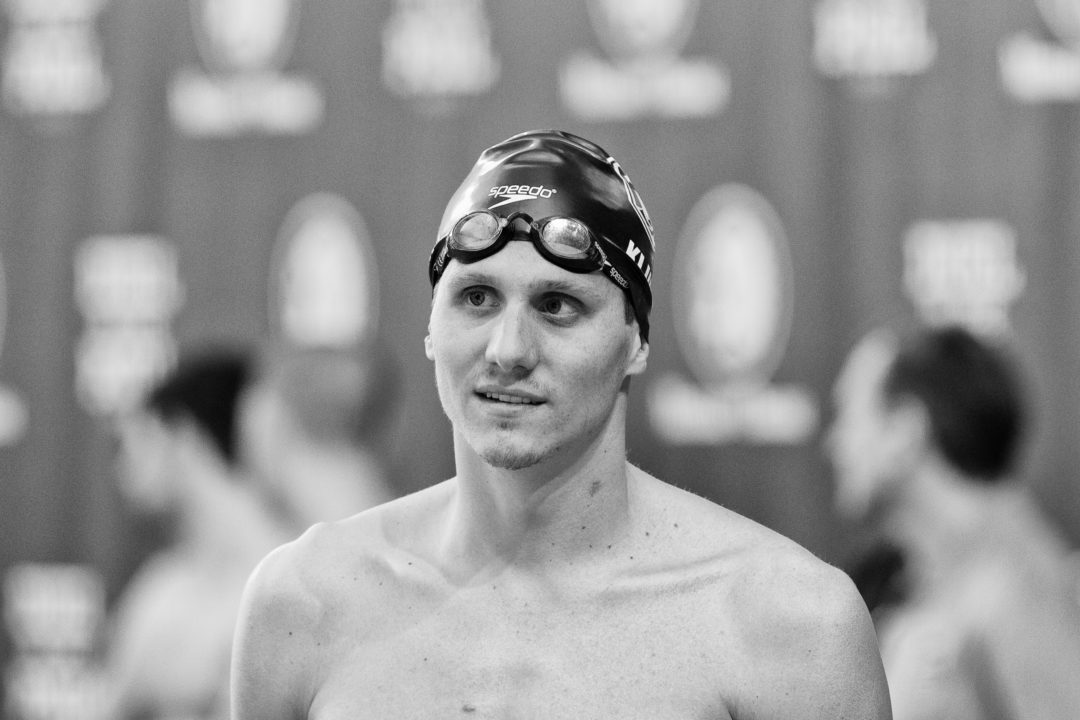 Michael Klueh is now on the 2015 FINA Worlds roster for the Americans, swimming as a member of the 800 free relay squad. Archive photo via Tim Binning/TheSwimPictures.com

USA Swimming released its 2015 FINA Worlds roster back in October, but just announced some significant changes on the men’s line-up.  Matt McLean will no longer be competing due to a shoulder injury, which now brings in Michael Klueh to replace McLean on the 800 free relay.

Sorry to hear about Mclean. However, this is great news for Feigen; I believe he will go faster than Lochte would have.

1. I hope McLean’s injury is not serious!!! Thank God it happened this year instead of next! The US NEEDS him at his best in Rio! IMO, McLean gets the credit for winning the 4×200 free relay for the US at Pan Pac’s. I’m sure I’m speaking for MANY when I wish him a speedy recovery! 2. I have no doubt Mr Klueh will do a creditable job. The US needs depth in the 200 free right now, so I hope that he, Mr Weiss, Mr Malone and Mr Youngquist are working hard, that they will be able to show us their best times in Kazan, and that their experiences this summer will give them all confidence going into Olympic… Read more »

I agree re: Lochte 100 free. I think his 100 will improve now that Dave Marsh is actually making him train seriously. Still, 20 year olds have trouble bouncing back after the 200 IM, let alone 31 year olds. Hopefully we’ll end up seeing a wicked split out of Lochte on the relay… but I think we can all agree to leave the anchor for Adrian.

Amen!!! No offense to Lochte, who is dependable and talented and hard-working and clearly raises himself to a new level when swimming on a relay, but when you have somebody like Nathan Adrian on your Team who has gone under 47 anchoring the US medley relay on multiple occasions, is there even a question?!

I’m also glad to see Feigen swimming the 100 free. With him no longer a relay-only swimmer here, I’m assuming that means he’ll no longer be swimming in the Pan-Am games?