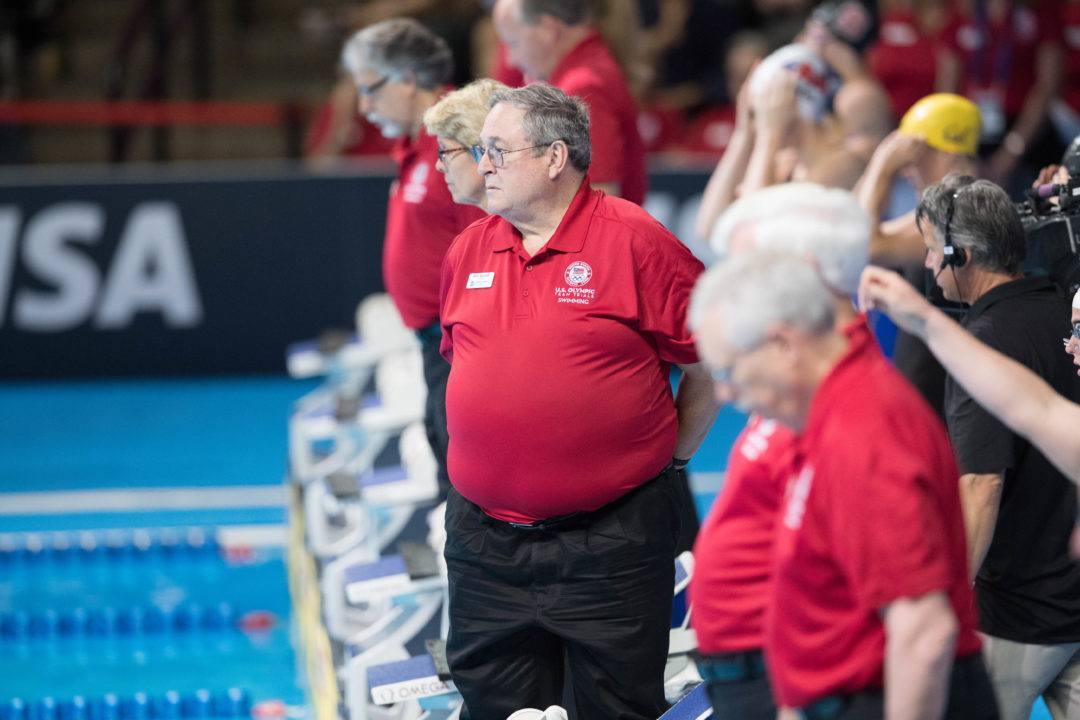 USA Swimming has announced a list of officials who will work the 2020 U.S. Olympic Swimming Trials from June 21st-28th, 2020 at the CHI Health Center in Omaha, Nebraska. In total, 23 officials will work the meet, including 2 who will cover the underwater review cameras that can be used to overturn disqualifications called by on-deck officials.

The officials were chosen after a process that included recommendations from their peers, officiating history at the local and national level, and “commitment to the sport.

An additional group of officials will be invited to complete the list of deck officials for Olympic Trials and those will be announced by the end of October.

Among the leadership roles announced are Don Hougardy as Team Lead Chief Judge, Clark Hammond as Meet Referee, and Denice Wepasnick as head starter. Hammond, notably, is the Chair of the USA Swimmiing Rules and Regulations Committee, while Hougardy serves on the USA Swimming Audit Committee.

The most visible representatives of USA Swimming (other than the athletes) should at least appear somewhat healthy… Maybe introduce a max BMI to work televised meets?

I don’t want to live on this planet anymore.

Well, just in case a judge falls accidentally in the water, it is a good thing they all have a built in swim ring.Fat shaming people in this country of 48 Oz cokes and tripple burgers is… okay.

A few of us officials are former D1 swimmers who still swim competitively and are in shape. We just aren’t part of the old boys network and have the time to commit to every session of a national meet to actually be able to work (I.e. volunteer and pay our own expenses) a meet such as Trials.

Would be nice if they provided the LSC for the officials.

Rude and uncalled for.

yes, officials should be ranked to make everything official …

Are you guys planning to rank the Top 20 officials for us pre-Trials?

I feel comfortable having Broyles and McAllen in the replay booth.

I mean that’s not a bad idea…