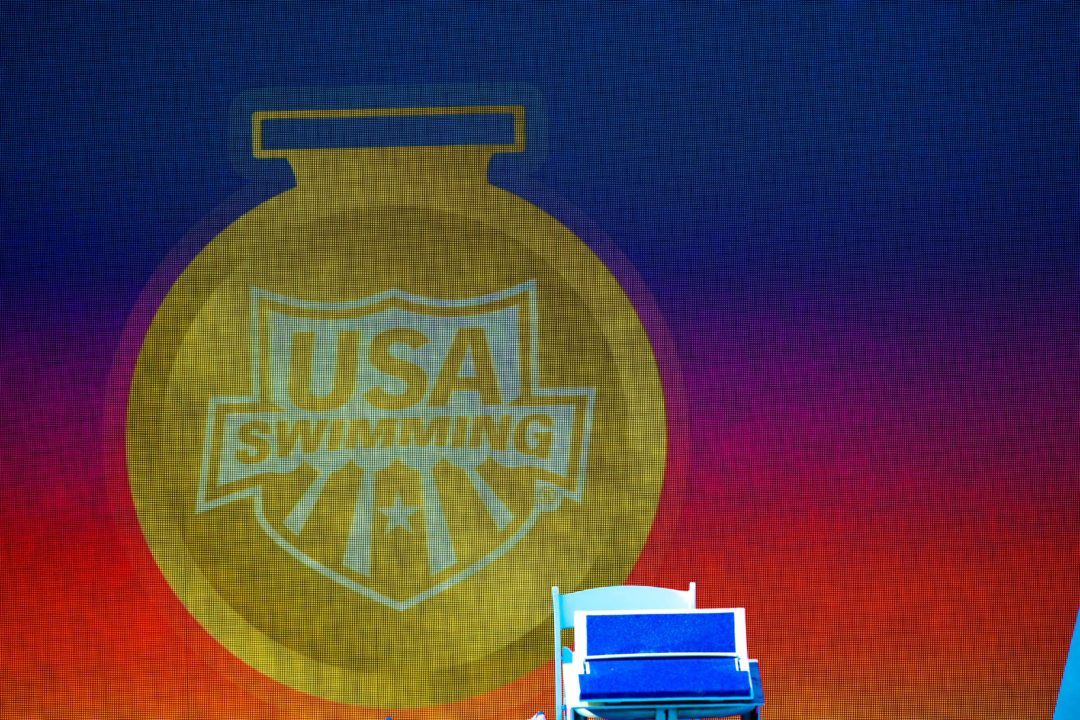 USA Swimming has secured its athletes the right to compete in their self-identified gender category, at least until reaching junior or senior National Team level. Stock photo via Mike Lewis/Ola Vista Photography

Amendment R-1 establishes that athletes can pick whether they identify as male or female “for the purpose of athlete swimming eligibility, competition, selection and records.” It adds that “an athlete’s stated competition category shall be referred to as ‘gender.'”

Should someone wish to refute an athlete’s competition category, their protest will be heard by the National Eligibility Appeal Panel, and the athlete will be allowed to continue in their competition category until the protest is addressed by the Panel.

USA Swimming has previously recommended that club teams allow minors to compete based on their stated gender identity, and had outlined how athletes could request to have their gender officially changed for competition purposes. However, this is the organization’s first nation-wide mandate that secures athletes the right to swim in their self-identified gender category.

For a transgender athlete to make the Junior or Senior National Team, regardless of age, they must meet medical requirements including (but not limited to) that of USADA’s drug testing pool and the US and International Olympic Committee’s medical criteria for competition. It will be the athlete’s responsibility to make sure they remain compliant, USA Swimming said.

In terms of elite international competition, like USA Swimming, the IOC does not mandate gender reassignment surgery for an athlete to compete in their stated category. Athletes who transition from female to male can compete without restriction, but those transitioning from male to female currently must prove that their testosterone levels have been under 10 nmol/L for a year prior to the first competition in the female category, and must remain that way in order to maintain eligibility to compete as a female.

R-1 also reads that any breach of the given terms will be considered “Discrimination in violation of the Amateur Sports Act which requires that USA Swimming must provide an equal opportunity to athletes, coaches, trainers, managers, administrators, and officials to participate in the sport of swimming.”

It continues: “Athletes must be allowed to participate and compete to the fullest extent allowed by the Rules and Regulations. Discrimination against any member or participant on the basis of age, gender, race, ethnicity, culture, religion, sexual orientation, gender expression, gender identity, genetics, mental or physical disability, or any other status protected by federal, state or local law, where applicable, is prohibited.”

Sad. USA Swimming should stay out of these “fringe” issues. A self imposed official policy of silence regarding the amalgamation of these individuals who are really just baiting national organizations and harming the entire community of swimmers, parents, coaches and volunteers.

I can’t figure out how this makes any sense. Why does USA Swimming have different time standards for male & female athletes at the age group levels? They must realize there is a difference in boys and girls, or the time standards would be the same regardless of gender. And, they are putting the onus on someone else to protest an athlete’s gender. Wow, what wimps, they put it on the other competitors to be the bad guy and call someone out? Let the kids swim in the race of their choosing so they feel comfortable, but their time should be officially recorded with their birth gender.

I am guessing that not many girls will be choosing to compete in boy’s events.

Do people want to win so bad that they will go through with all that just for glory?

Go throught all what? Saying you’re female if you can comply with the T requirements and changing absolutely nothing else? It hasn’t stopped these high school athletes competing: https://www.wtnh.com/news/connecticut/transgender-track-stars-win-state-championship-ignite-debate-over-rules/1235044455 ‘The cream rises to the top’ apparently.

What happens when a male identifies as female for competition, and then proceeds to set national age group records, or any records for that matter. Is that equal opportunity for the previous record holder, that had her records wiped out by a biological male?

Coming toward the end of pure women’s competition.

Let’s say an originally female identifies as male and wants to compete in the male category, but has not undergone gender reassignment surgery and has developed breasts. Will there be an exception made for the suits to be worn?

And, pandora’s box is officially open. Let the chaos begin.

This is just wrong. This is a organization that is putting on blinders and bowing to pressure of the minority. You can not deny that the muscle mass of a male past the start of puberty is going to be greater than a female, meds or not. This will be the demise of female swimming. A sad day.