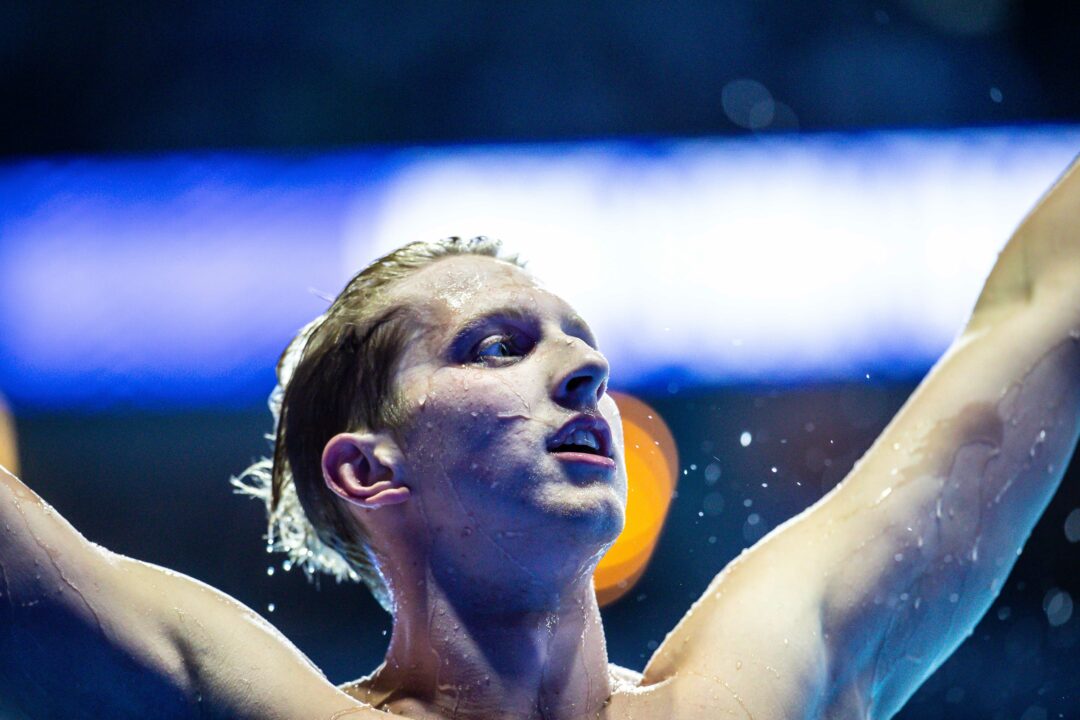 As the American swimming calendar begins to normalize, late July will host the first "as-usual" national-level events around the country. Archive photo via Jack Spitser/Spitser Photography

After more than a year of the COVID-19 pandemic wrecking and reimagining major national swimming competitions in the United States, and most of the world, things are beginning to return to their familiar cycle.

Following a successful run at the U.S. Olympic Swimming Trials, which saw no positive tests among participants, the end of July will see the return of another annual competition: the USA Swimming Futures Championships, last held in 2019.

The meets are being held concurrently at 4 different sites around the country, but results aren’t combined – each meet stands alone as its own championship event. This resumes the usual rhythm for the events.

Athletes are assigned to specific sites based on geography. Each site is capped at 800 swimmers – which leaves the possibility that each individual site of the meet could have as many swimmers as Wave II of the US Olympic Trials.

While the meet is primarily designed as a stepping-stone event for younger swimmers, there are no age or time limits and all swimmers who have met the time standards are eligible to race.

Previous meets have already produced some fruitful pathway performances. For example, American Record holder and Tokyo 2020 US Olympian Kieran Smith raced in the first year of the event in 2015 when he was 15 years old. At the Greensboro site that year, he placed 2nd in the 200 back, 4th in the 400 IM, 4th in the 200 IM, and 18th in the 1500 free. At the time, he had no Junior Nationals cuts, but he swam substantial lifetime bests in each event at the meet.

Also racing in that first year at the Greensboro site was Abby Arens. She won the 100 breaststroke and 200 breaststroke that year at just 13-years old, touching in 1:11.89 and 2:34.32, respectively. She went on to be a top 10 recruit in the high school class of 2020 and qualified for the NCAA Championships last season as a freshman at NC State.

There were futures in 2016 as well

Why no upper limits? Wouldn’t this reduce crowding so faster swimmers go to Speedo Aug meet since that meet naturally won’t have any of the Olympic swimmers and many others who swam at trials?

I think one of the reasons Futures has never had a cap is because people who are 19&Over and don’t have Trials have no championship meet besides Sectionals. Summer Nationals are Trials cuts and Summer Jrs is 18&under. So if Futures had a cap, any swimmer over the age of 19 who was between Sectionals and Trials (which is a massive gap and includes a lot of college athletes) would only have the opportunity to swim at Sectionals. Not only would Sectionals become a massive meet, but also, there is a huge gap between kids who only have Sectionals cuts and 19&over swimmers who are almost at Trials standards but not quite there.