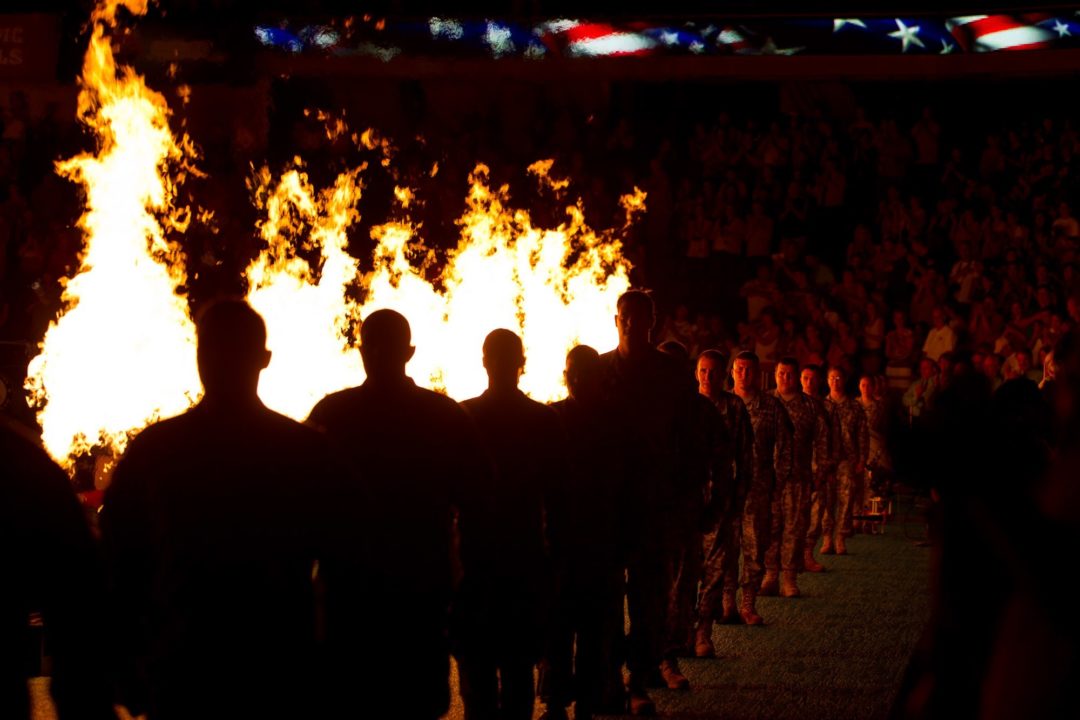 Read how to follow all of the Twitters and Tweeters of the US Olympic Swim Team (Photo of the Olympic Team announcement ceremony courtesy: ©Tim Binning/TheSwimPictures.com)

The London Olympics of 2012 will be the Games of social media. Yes, facebook (and MySpace – remember that?) were very popular during the 2008 Olympics. But with the rise of Twitter and “Fan Pages” to dominate the scene, fans are able to interact, connect, and track the every move of their favorite athletes like never before. For the professionals, whoever wins Twitter will win the money-list.

With this new level of accessibility, the athletes take much better control over their image and their own message, and whoever can attract the most fans will garner the most sponsor attention. The athletes are already Tweeting a lot of great pictures and updates from their camps in Knoxville and France, and here’s links to all of their Twitter accounts so that you can follow them.

I think you have the wrong Cullen Jones.

One nice addition to their list is the inclusion of the coaches.

How about these Maxim photos of hers that Rebecca Soni tweeted today (lucky Ricky!)

if Lochte keeps up those advertising tweets, someone is going to have to develop a SPAM catcher for twitter.

Haha have to concur all those advertising tweets from Ryan were starting to get annoying!

Was noticing how quite a few swimming related personalities (mostly Americans) have been included on this list of “Fifty Twitter feeds you need to follow during the London Olympics” from SI: Natalie, Missy, Rowdy, Jessica, Ryan & Michael, USA Swimming, and Eamon.
http://sportsillustrated.cnn.com/2012/olympics/2012/07/18/2012-olympics-twitter-package/index.html#ixzz216ahUpnc

And an USA Today report on the American squad’s “rookie skits” that were enacted last night in training camp (rather vague with the details as to be expected): http://content.usatoday.com/communities/gameon/post/2012/07/natalie-coughlin-us-swimmers-get-a-kick-out-of-rookies/1

USA Swimming does have a similar list, but it includes National Teamers who didn’t make it on the Olympic team: https://twitter.com/#!/USA_Swimming/national-team

Is there a comparable list for the Britsih & Oz Olympians? The closest one I’ve found was this one: http://twitter.com/#!/Swimnetwork/worldath

euroswimfan – we’re working on putting together lists for other countries in the next day or two. Stay tuned!

The link for Cammile Adams is wrong. It goes to cleverenz.

Thanks Dan – fixed the link.

Braden – How about you add the US coaches to the list/feed. Urbs, Roach, Salo, DavidMac (any others?). maybe even Russell