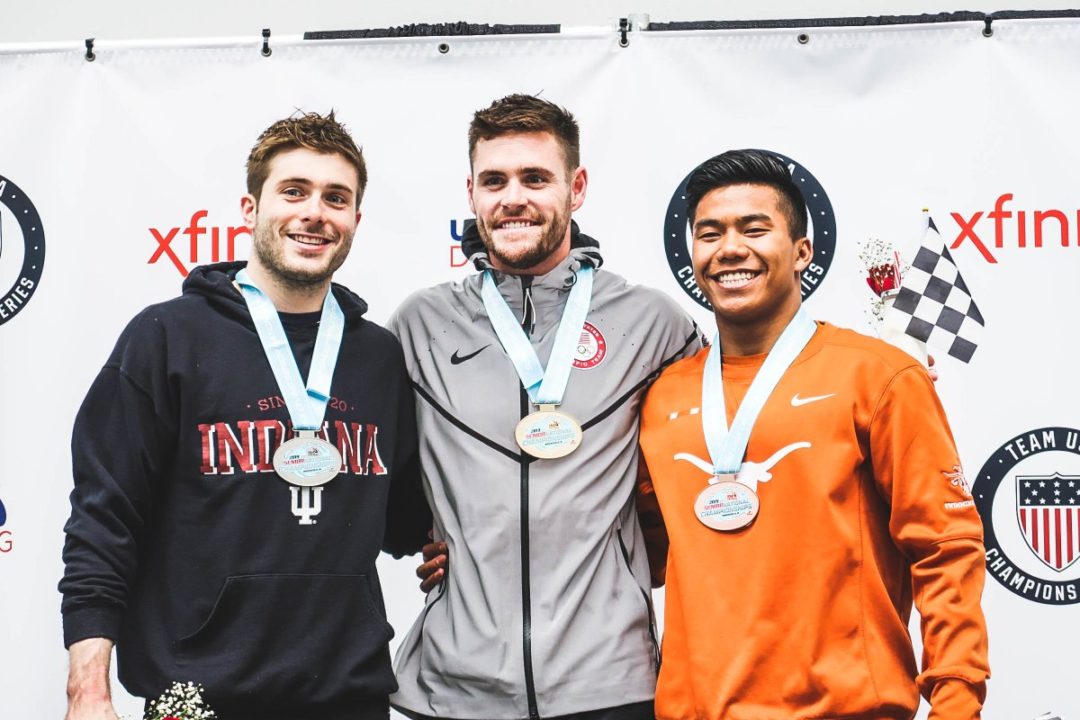 Purdue University has announced that US Olympic gold medalist David Boudia will be joining the coaching staff as a full time assistant diving coach. Archive photo via USA Diving

Boudia is a Purdue alumni, having been a member of the diving team from 2008 until 2011. During his time as a Boilermaker, Boudia was a 6-time NCAA Champion, 8-time Big Ten Champion, and 3-time Big Ten diver of the year award winner. In his final season at Purdue, Boudia was named the 2011 Big Ten Jesse Owens Male Athlete of the Year, making him the only diver to ever win the award.

On the international level, Boudia is one of the most decorated American divers of all-time, having won 4 Olympic medals and competed in 3 Olympic Games. Boudia is also a multi-time World Championships medalist, having won 4 consecutive silver medals in the 10-meter event from 2009 to 2015. More recently, Boudia competed at the 2021 US Olympic Diving Trials in the 3-meter event, just missing the Olympic Team by finishing 3rd overall.

Since closing out his collegiate career, Boudia has stayed close to the Purdue program, working as a volunteer assistant coach under his former coach Adam Soldati, while also pursuing his professional diving career.

“Purdue Diving has a history of greatness in large part due to Adam Soldati,” Boudia said. “I am proud to stand beside him as we work to continue this legacy, coaching our divers to reach their greatest potential. I’m excited for this opportunity to remain an active part of the excellence at Purdue.”

“David set a high standard of training and performance at the Morgan J. Burke Aquatic Center for a long time,” Soldati said. “I’m grateful he has chosen to continue to assist me in teaching our Boilermakers what it takes to excel at a high level. He brings a tremendous amount of wisdom to the table and will be a great asset for our program on multiple levels.”

Last season, the Purdue men finished 4th overall at the Big Ten Championships, while the women placed 9th. At the men’s meet, Brandon Loschiavo won the men’s platform diving event, while Ben Bramley placed 3rd overall in the 1-meter event. Loschiavo’s title on the platform marked his 3rd consecutive title in the event. The team scored the most points overall in the platform event, as the men combined for 58 points in that event. On the women’s side, Maggie Merriman won a silver medal in the platform diving event, while Emily Bretscher came away with a bronze medal in the 3-meter event. Purdue managed to qualify a total of 6 divers for the 2021 NCAA Championships across 10 events.