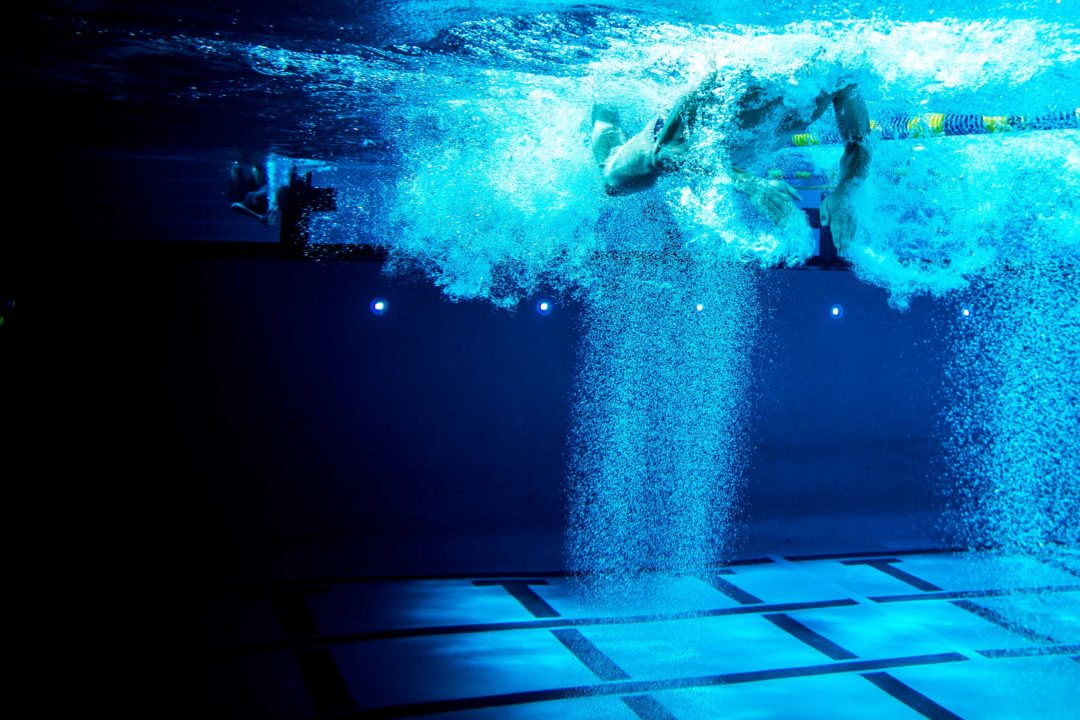 While Memphis doesn't have a varsity swimming program, their pool does play host to several other aquatic groups, including the club Memphis Tigers Swimming. Stock photo via Jack Spitser/Spitser Photography

Update: the veto for the funding was overridden, and the city will go forward with its contribution to the new pool updates.

The University of Memphis’ aquatics facility has become the centerpiece of a political battle in the city, with University President M. David Rudd and Shelby County Mayor Lee Harris publicly sparring over funding for renovations.

Curently there are over 300 university employees making $11.11 an hour. Shelby County calculates that a “living wage” is $11.07 per hour for a single adult with no children and $22.09 for an adult with one child.

“I believe issues of poverty that continue to persist in our community are interconnected to decisions like this one,” Harris wrote in a letter explaining his decision. “Most of the University of Memphis employees in question are women and most are African-American. Many of these workers, no doubt, have children and families who rely on their work.”

In response, Rudd said that the veto “represents a potential serious ethical breach for our University and a potential violation of an accreditation standard,” and declared that he reports to the Board of Trustees, not the county mayor.

The Shelby County Commissioners will vote on a veto override at their July 22nd meeting. Rudd wrote in a letter to Harris that the university already has a plan in place to increase the hourly wage to $15 an hour in the coming years.

The University of Memphis does not currently have a varsity or collegiate club swimming program, put they do sponsor a club water polo team. Their facilities also are host to the USA Swimming club Memphis Tiger Swimming. The school’s aquatics complex has an outdoor 50-meter pool, an indoor 50-meter pool, a 4-foot deep aqua aerobics pool, and an outdoor 25-yard diving well.

Not getting political but why would you hire some for $22 an hour when you could do it for $11 an hour?

This is exactly the problem with American thinking… Just because it makes sense from a money standpoint for the University, a multi-billion dollar company, doesn’t mean it’s good for an employee or the well being of a program’s fluidity. The USA tries to pimp out consumers for as much money as possible rather than conducting an exchange that is more comfortable for the consumer. USA operates on a “How much can I get out of this?” standard, instead of “What price is comfortable for both parties to succeed?”. It’s pathetic. $11 doesn’t even buy you a movie ticket.

Maybe the mayor should do more to attract employers to Memphis to create more competition for workers.

so your goal is for people to make enough to buy one movie ticket per hour of work? sounds logical.

You’ve missed the point if that’s what you took from the statement.

Call me old fashioned, but I do believe that if your school has an indoor 50m pool you should have at least one varsity aquatic sport

It’s one of the handful of schools with 2x50m pools on campus.

If only UnderArmour made swimwear….

I didn’t know counties had mayors.