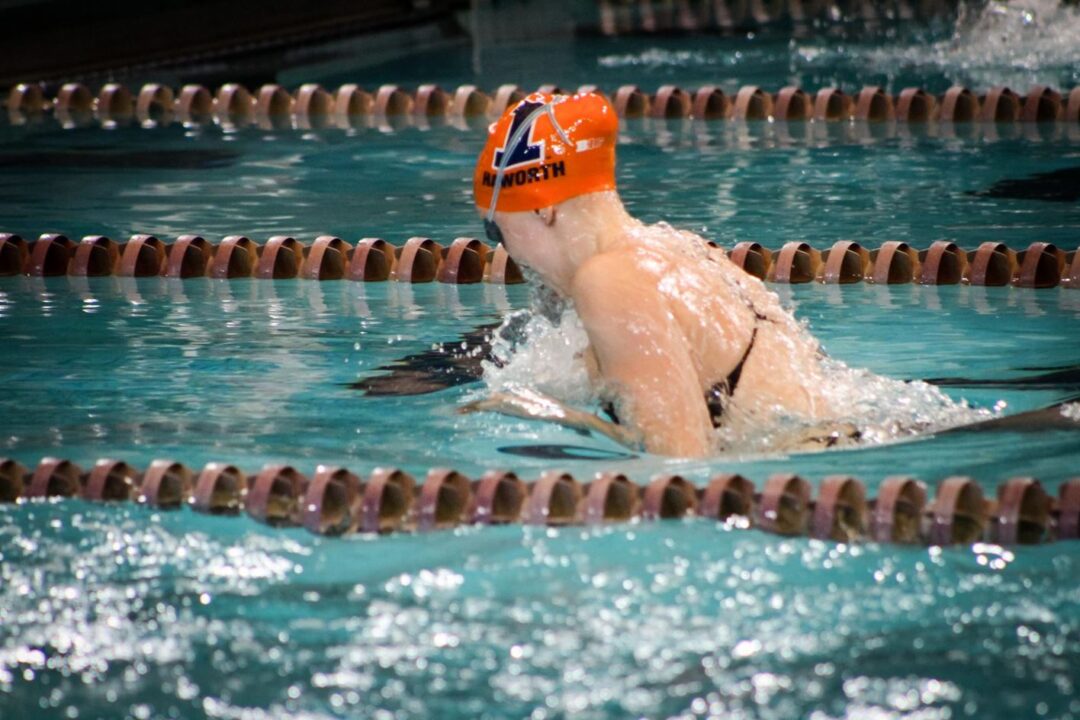 The Illini have a total of four home meets this year and a primer trip to Auburn for their diving invite. Archive photo via Illinois Athletics

CHAMPAIGN, Ill. – The University of Illinois swimming and diving program has released its schedule for the upcoming 2022-23 season. The Illini have a total of four home meets this year and a primer trip to Auburn for their diving invite.

They start the season on October 1st with their annual Blue vs. Orange meet in the Activities and Recreation Center (ARC). They host Indiana State on October 8th, followed up by their first dual meet with Southern Illinois and Illinois state at the ARC on October 14th.  They travel out to Northwestern on October 29th for their first road/Big Ten meet.”We are really excited to get this season started,” said first-year head coach Jeana Kempe. “Our schedule is a good mix of opponents to allow further success at the B1G Championships in February.”Kempe will return to Auburn, where she was an assistant for three years, on December 17-20th for the Auburn Diving Invite. They wrap up the regular season on the road at Louisville from February 9-10th.

Please bring back the men’s team!!

I love the sentiment, but the bigger concern might be saving the women’s team.