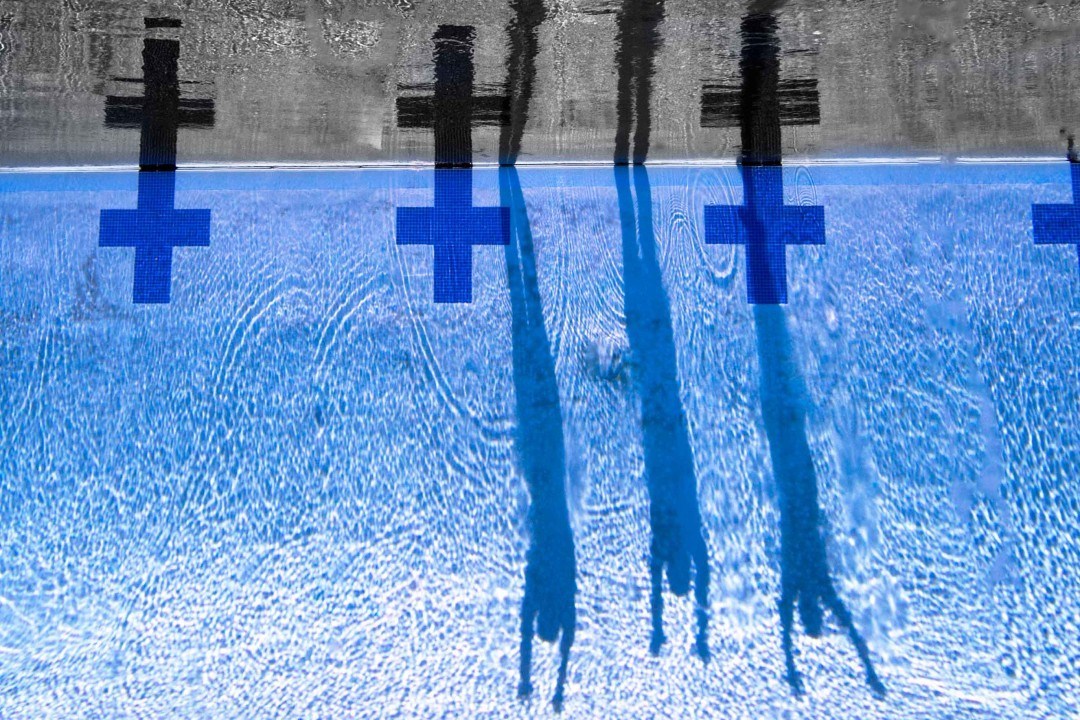 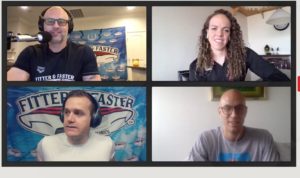 The four Bulldog seniors all had phenomenal performances as they were able to compete in their final dual meet back home at the newly updated Justice Center Pool. Each of the seniors, Skylar Rogan (1000 free, Catherine Allen (200 fly), Adee Weller (500 free) and Madison Rogan (400 IM), won an individual event during the meet.

UNC Asheville claimed the second and third place finishes in the 200 yard medley relay. Nora Segurola Larrinaga, Christina Marshall, Anna Nabors and Delaney Carlton combined for a time of 1:49.63 which was only .17 seconds off from the first place spot. Christa Jones, Amelia Ham, Madison Rogan, Adee Weller finished in third place in the event with a time of 1:52.78.

In the 50 free, Delaney Carlton earned the top spot with a 24.05 while Bela Stuart Vieira finished third with a time of 25.59.

Nora Segurola Larrinaga helped keep the Bulldogs ahead with a first place finish in the 200 back with a time of 2:08.58. Christa Jones and Madi Baron finished fourth and fifth with times of 2:14.55 and 2:18.65. su

The Bulldogs grabbed the top two spots in the 500 free with Adee Weller winning the event with a time of 5:09.50. Skylar Rogan wasn’t far behind at all as she finished second with a time of 5:10.89.

The final event of the day was the 400 free relay in which the Bulldogs added to their point total by claiming the first and third spots. Delaney Carlton, Skylar Rogan, Bela Stuart Vieira and Adee Weller earned the top spot in the event with a time of 3:35.40 while their teammates, Nora Segurola Larrinaga, Jessie Frank, Alexis Baker and Christina Marshall, finished with a time of 3:43.13.

In preparation for the conference championships, the diving squad participated in an exhibition meet on Friday, Jan. 24 at their home facility, the Jewish Community Center. Both junior divers, Liv Pattimore & Megan Almond, dove two rounds of 1m competition to begin fine tuning their lists.

UNC Asheville will next compete in the CCSA Conference Championships, Feb. 19-22, at the Jones Aquatic Center in Knoxville, Tenn.

Quotable
“It was an honor to coach these ladies today for our last home meet of the season. They raced with heart, class and determination. All of which paid off tremendously in today’s win.”

“I am so proud of our five senior honorees as well. Alex, Cat, Skylar, Madison and Adee are incredible women with huge futures. It has been a privilege to work with them and learn from each one.”

Photo finishes were the theme, with eight first place times being decided by less than one second. All told the Ospreys posted three first place times, triumphing in the 200 medley relay, 100 free and 100 fly.

North Florida claimed a quick lead by opening with a win in the 200 medley relay, although a flurry of close finishes went to the Bulldogs as they pulled ahead. UNF went on to secure two of the last four events.

Coffey Talk
“This meet was closer than the score indicates. There were many close touches at the finishes, but I’m happy with the way we raced.” — Head Coach Ian Coffey

Up Next
Next on the calendar are the CCSA Championships in Knoxville, Tenn., Feb. 19-22.