Ukraine Swimmer Andriy Govorov: “I’m Not a Soldier, I Don’t Know How to Fight” 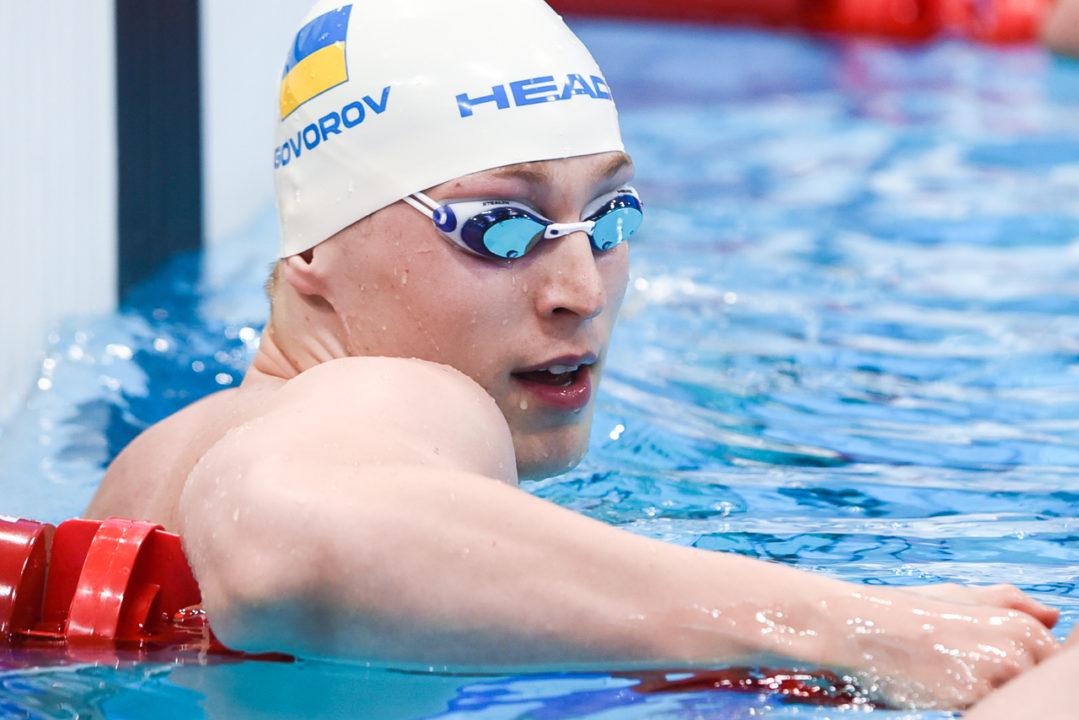 Ukrainian swimmer Andriy Govorov says that he has not been trained to fight, so pushing for political change in the world is what he has to offer Ukraine now. Archive photo via Peter Sukeník

World Record holding Ukrainian swimmer Andriy Govorov spoke to SwimSwam’s Coleman Hodges on Friday morning from Germany, where he is based.

Govorov represents Ukraine in international competition, but as one foot in each bucket of the ongoing Russian attack of Ukraine: he is of joint Russian-Ukrainian heritage, has family in both countries, and was raised in Russia.

Govorov specifically is a native of Crimea, the region that has been occupied by Russia since 2014, a predecessor event to the one that is happening now. At the time of that event, Govorov said he would not consider representing Russia internationally in competition, and that he was warned not to visit his home region as he could face harassment.

Govorov says that his family on both sides of the border are united: they want peace.

Govorov also discusses FINA hosting four major events, including the World Junior Championships and World Short Course Championships, in Russia later this year. FINA on Friday morning said they were “deeply concerned” about the situation in Ukraine, but stopped short of committing to changes to the international calendar, even as other major sport governing bodies have done so.

He was planning to travel to Ukraine for 10 days to compete in the country’s national championships and World Championships selection meet, but that event has been canceled.

Watch the interview with Govorov below:

The 29-year old Govorov broke the World Record in the 50 long course meters butterfly in July 2018.

He should represent refugee team, not Russia if they take over

Russia not the bad one here. Most Americans think so but are brainwashed. Ukraine is a place of no freedom. Remember America – You have always ally and never fought against Russia.

The comments of SwimSwam are a weird place for Russian propaganda, especially low-effort stuff like this.

Your pants are too tight.

It’s okay to have an opinion, no matter how questionable it may be from a more western perspective, but try and think whether it’s appropriate to actually comment it beforehand

Thanks for this one. I knew he’d have a lot of insight.

He got some points.
I always think Russian athletes should only compete under FINA or IOC flag as individuals, not RSF or ROC. There shouldn’t be any team concept among them. No team officials sent. No head coaches. No team events such as relays. No uniforms.

No Russian swimmers (or other Russian athletes) should be allowed to compete at all. Anything less has no effect on building internal pressure for regime change in Russia.

Russia is “suspended”, which apparently means they get to compete even if Valieva tests positive for PED at the Olympics. Seems like only the most corrupt, spineless bureaucrats are eligible for FINA/IOC roles.

Never understood how they could do a relay as ‘ROC’… beyond pathetic.