Ukraine Champs: Olympic A And 9 B-Times Achieved During Day 1 Finals 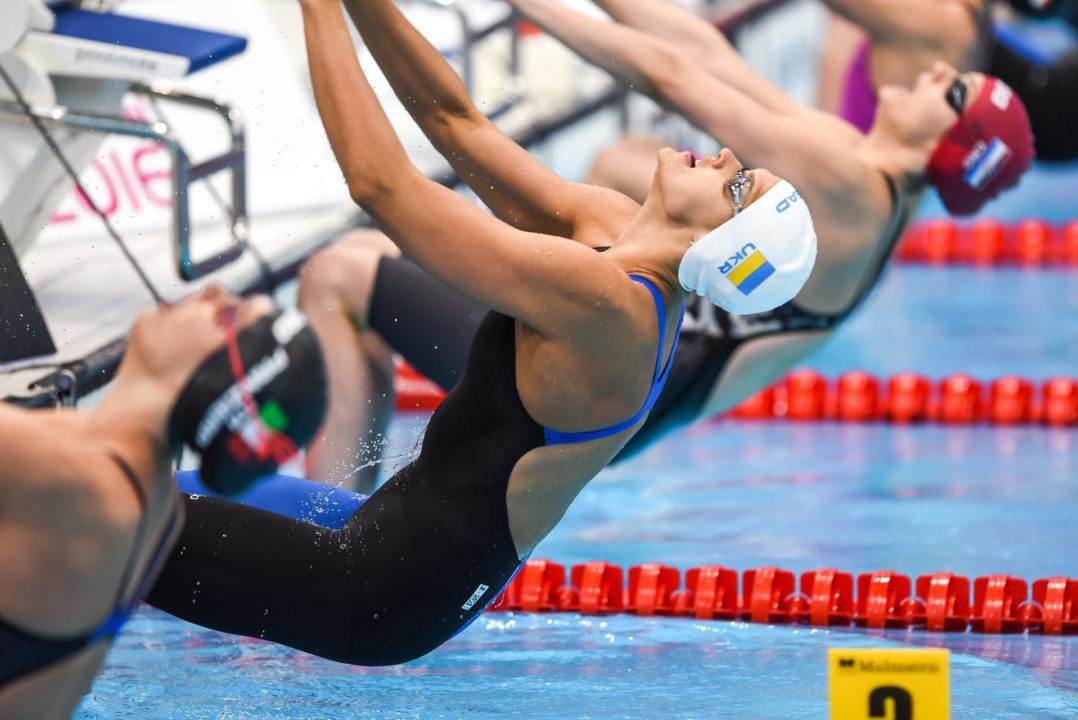 Daryna Zevina delivered the only OLY A qualification time this evening, taking over a second off the time she posted in January. Archive photo via Peter Sukenik/www.petersukenik.com

A few months after winning silver at the 2021 European Short Course Swimming Championship, Cocconcelli has undergone surgery to repair her ACL.

The finals today kicked off with the 50m freestyle, which saw Irina Picker dominate the women’s A-final, touching in 25.54 (0.01 off her entry time) and almost a second ahead of the rest of the field.

The men’s equivilant saw Ilya Liner and Yuri Yurkevich cause a bit of upset as they touched out home favourites Sergey Shevstov and Andriy Govorov for 2nd and 3rd place behind 17-year-old Vladislav Bukhov, who won in 22.30. Govorov is back in action in the 50m and 100m butterfly later this week.

The men’s 200m butterfly saw two athletes achieve the OST/B standard time; winner of the event Igor Troyanovsky was just 1.01 seconds off the A time in 1:57.47, this time lowering his previous best of 1:57.78 by 0.3. National record holder Denis Kessil also went under the B mark with 1:58.88, but is quite a bit off his personal best of 1:54.79 which he set in July last year.

The only mid-distance event of the evening finished with Karina Snitko touching first in the women’s 400m freestyle with 4:19.41. A tight race for second resulted in Margarita Gartman just edging out Anastasia Korolchuk as she stormed down the last 50m to finish in 4:27.66. Korolchuk touched just behind her in 4:28.38.

The final individual event delivered on all fronts as Mykhailo Romanchuk posted an Olympic B qualification time 3:50.40 to take the title. His pace was too much for second place Nikita Ostapenko and bronze medal winner Bogdan Belemenko who went 3:54.63 and 3:57.92, respectively.

This evening’s final concluded with the 4×100 medley relay where the teams from the Dnipropetrovsk Region came out on top. The women comfortably took their final in 4:18.02 while the men held off the team from Kharkiv to win in 3:45.18.

*Athletes who achieve B standard times may be invited by FINA to compete at the Olympics if the quota of 878 who made the A standard is not reached.