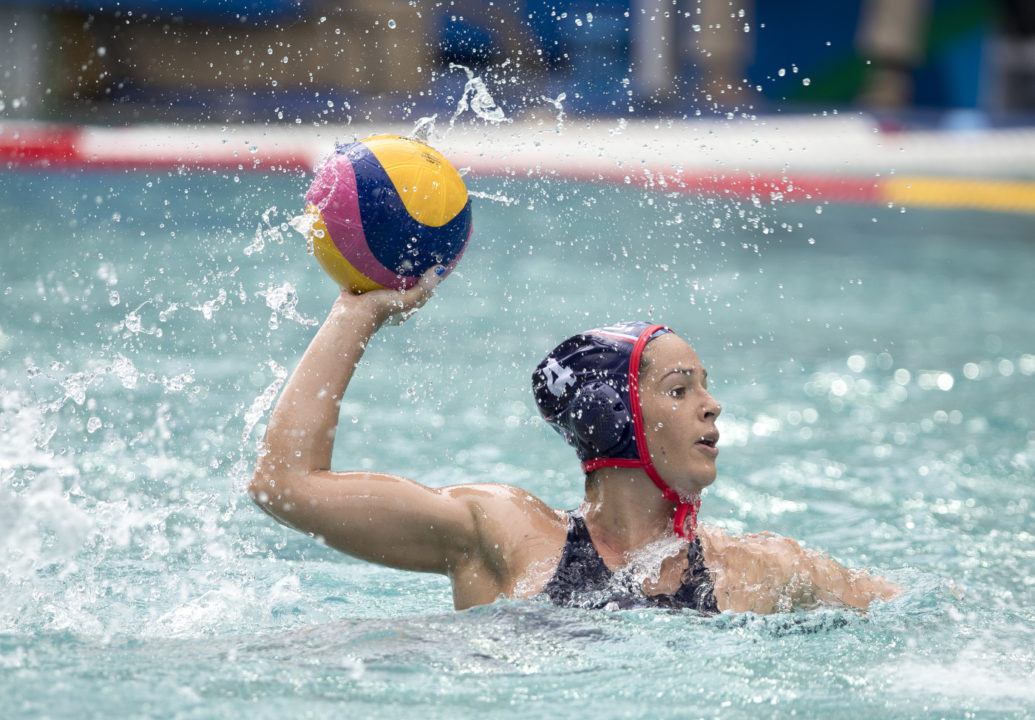 The USA Women’s National Team picked up their third straight win at the FINA Intercontinental Tournament and with their standing... Current photo via Jeff Cable/USAWP

The USA Women’s National Team picked up their third straight win at the FINA Intercontinental Tournament and with their standing thus far have secured a spot at the upcoming FINA World League Super Final. Melissa Seidemann (Walnut Creek, CA/Stanford/NYAC) scored three goals to pace the offense while Thea Walsh (Laguna Beach, CA/Laguna Beach HS/SET) posted 11 saves in net in the victory. Team USA returns to action on Friday evening against Canada at 7:10pm pt. A live webcast will be available at Facebook.com/USAWP. Live stats will be available at TheFosh.net. For more information on the tournament, click here.

Team USA started off strong opening up a 2-0 lead behind six first quarter saves from Walsh. Japan broke through early in the second quarter for their first goal but the United States responded with a Lexi Liebowitz (Danville, CA/San Ramon Valley HS/680 Water Polo) goal as the teams began trading scores. It stayed close at half with the United States ahead 4-3. Seidemann scored at the 3:42 mark to put the USA ahead 6-3. Ava Johnson (Walnut Creek, CA/Las Lomas HS/680 Water Polo) capped the scoring in the third to leave the United States in control up 8-4.

Japan staged a rally early in the fourth scoring two straight to pull within two at 8-6. Team USA turned back to Liebowitz and Johnson and the club teammates delivered with goals lifting the United States to the 10-6 win. Team USA went 3/7 on power plays while Japan went 2/6 with neither side attempting a penalty shot.

In other action Australia defeated Kazakhstan 9-5 and Canada earned their first victory of the tourney topping China 12-9.