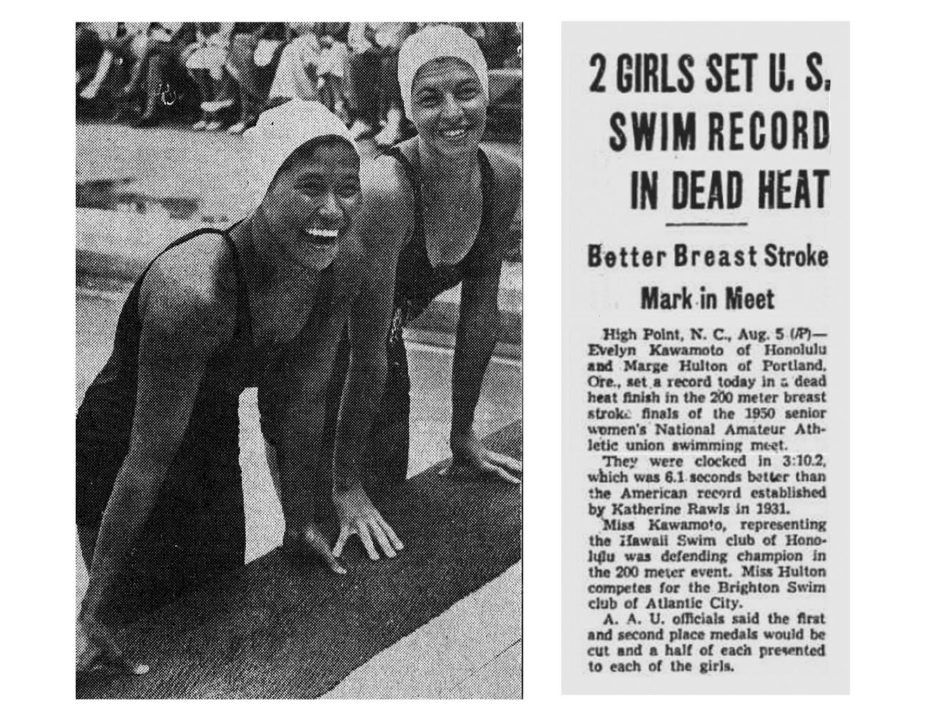 Two-time Olympic bronze medalist Evelyn Tokue Kawamoto-Kono passed away in Hawaii on January 22nd at the age of 83. Memorial services have not been announced yet.

Kawamoto-Kono grew up swimming in her home state of Hawaii where she achieved early success. At the age of 13 she began committing to training every day and was already breaking high school records at her local school. At just 14 she qualified for the 1948 U.S Olympic Trials where she competed, but didn’t make the team.

Following he trials debut Kawamoto-Kono began to emerge as one of the top up-and-comers in the country in both the IM and breaststroke races. Kawamoto-Kono broke the American record in the 300m IM and 200m breaststroke on the same day when she was just 15.

Shortly after breaking those records, she established herself further by wining both events at the 1949 U.S Nationals in San Antonio, Texas. During that quad Kawamoto-Kono was dominant in the IM and breaststroke races, making herself known as the 1952 Olympic Trials approached.

The ’52 trials began in Indianapolis, Indiana, and Kawamoto-Kono managed to break the former American record in the 400m freestyle en route to qualifying for the Olympic team.

It s wonderful that the Internet & in particular user-friendly SwimSwam allows us to share these kinds of things readily & easily. Thank you. BTW, the 300 IM was because butterfly & breaststroke were the same at that time.

Make sense to me.

Vote Up20Vote Down Reply
Ryan B

Butterfly wasn’t part of the Olympics until 1956, so the 300 IM was back, breast and free.

Butterfly wasn’t a separate stroke until 1952; it was considered a variation of breaststroke.

Both girls had great bods . When I visit Townsville Tobruk Pool they have all the pics of the 1960 Aust Olympic team & I always note how good looking they were . Not too muscly , not too fraeked out bodyfat less, not staring out from hollowed eyes.

It must be nice when you are 80 to look back & think -wow I was really something to behold .