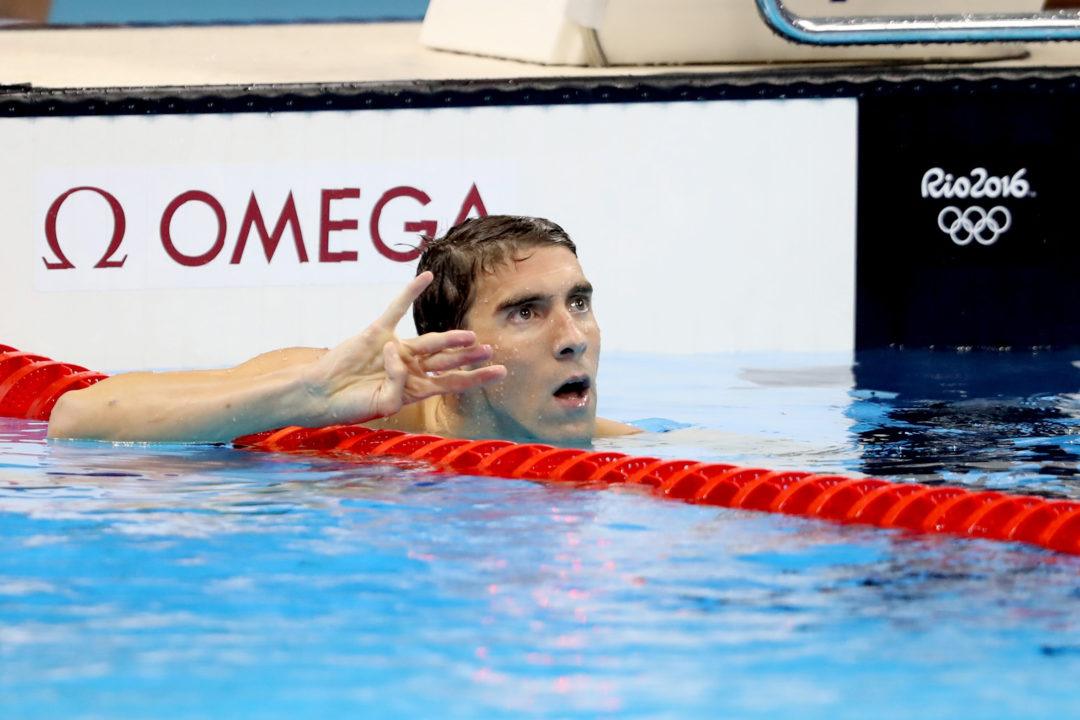 The United States ended with 16 of the 33 total gold medals, and Michael Phelps finished off his career with his... Current photo via Simone Castrovillari

The United States ended with 16 of the 33 total gold medals, and Michael Phelps finished off his career with his 23rd-ever gold.

Phelps’ milestones continue, and he has truly cemented himself as the greatest athlete of all time. He also helped the United States extend its gold medal streak in the men’s 400 medley relay.

The USA women also won the 400 medley relay, anchored by Simone Manuel. Manuel followed up her historic gold from last night with a silver in the 50 free, .02 from the gold, and then got back in to provide a 52.43 anchor leg on the American’s medley relay.

Connor Jaeger swam to a silver in the 1500 free, breaking the American record in the process, while Italian Gregorio Paltrinieri won the gold.

Check out some of the best tweets from the final night of swimming at the Rio Olympics:

You’ve given America four incredible Olympic games, Michael Phelps. You do whatever you want with your life. It’s your time.

Wow Ryan Murphy. That 100 back world record was one of the most impressive to break in my opinion

Paltrinieri doesn't get record, does get gold. Connor Jaeger, the hardest working male freestyler in America, gets a feel-good silver.

earlier this week I said Nathan Adrian was 6'3" I am so sorry I apologize he is 6'6" pic.twitter.com/dYqahD0sN8

You did it your way, inspired many by falling but never staying down. I love you man, congrats USA!!! ???????? pic.twitter.com/LP2OyZs1zK

That amazing moment when @OleksiakPenny aka OVOPenny gets a s/o from one of her favourite rappers @Drake #Rio2016 pic.twitter.com/3PKrOYs6Tb