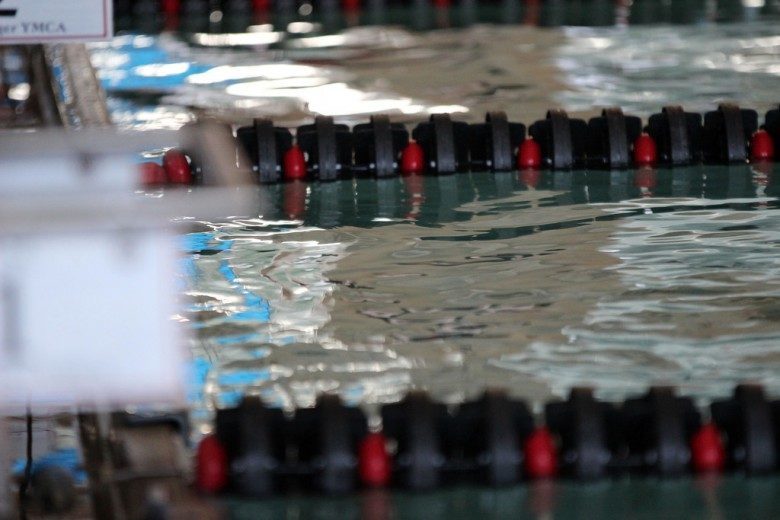 The Tulane Green Wave have picked up the biggest recruit signing since the program restarted in the fall of 2009... Stock photo via Lester Rich/SwimTeamPics.com

The Tulane Green Wave have picked up the biggest recruit signing since the program restarted in the fall of 2009 in the post-Hurricane Katrina era.

With a new head coach, Katie Robinson, and perhaps some new momentum around the program’s direction to go with it, they’ve added Tirol Palmer from New Zealand as part of a four-swimmer early signing class.

She was 5th in the 100 backstroke at this summer’s New Zealand State Open Championships in long course with a 1:04.04, and has been 1:01.3 in short course meters as well.

While those numbers may not seem absolutely huge in the grand scheme, this is a Tulane program that was headed in the right direction before Katrina hit, and since has been fighting, hard, to regain that path. They had a very good swimmer in Kayla Alf-Huynh from 2009-2013, but they were never able to find her enough support to really leverage her success.

They’ve got a very fast sophomore, Mia Schachter, who can swim all four strokes; a good senior butterflier, Amy Needham; and a lot of young potential like that from freshman breaststroker Jason Joy. The team swam well at the Phill Hansel Invite, and they’re finally putting together a really good nucleus of swimmers for the future.

The full Tulane class is outlined below:

The four signees will begin their college careers next season with their full allotment of eligibility. Lakota, Lincoln, Palmer and Simpson will join a Green Wave team expected to return 21 of the 23 current members of the Tulane swimming and diving roster.

“All four of our recruits will immediately impact our team and will be a force to be reckoned with as we move into the American Athletic Conference,” Robinson said. “Their current times will place them well at conference, but what’s most exciting is the amount of potential we see within them and their competitive drive to improve. As coaches, we look forward to coaching them not only to the top of our conference, but also on the national level. Furthermore, they each bring a high level of commitment to their education and community service that we so highly value here within Tulane Athletics. We are blessed to welcome them to our Tulane swimming and diving family.”

In addition to her high school accolades, Lakota has been a member of the FAST Fort Worth Area Swim Team for coach Ron Forrest since 2008 and participated in the 2012 AT&T Winter National Championships. She helped set a FAST overall record with a 3:49.21 in the 400 medley at the 2011 CSC Pro-Am and holds several age-specific marks. Lakota set a state record for 12 year olds in the 200 free at the 2009 Texas Age Group Swim Championship, surpassing the former mark established by Olympian Dana Vollmer. She is a member of her high school’s newspaper staff and volunteers with Swim America.

“Alex will be a wonderful addition to our team in both the freestyle and fly events,” Robinson said. “After (assistant coach) Sarah (Woodbury) and I watched her race this past summer, we saw her potential right away. In speaking with her on the phone, we knew she was looking for a school that will challenge her in both the athletic and academic realm. She is a mighty competitor and we look forward to having her hard work ethic on our team next year.”

She was named team MVP in 2011 and 2012, and claimed Sun Sentinel All-Broward County honors as sophomore. At the club level, Lincoln won the Coral Springs Swim Club’s Coaches Award in 2012. Away from the pool, she is an honors student and is heavily involved in various community service activities.

“Emma is a young lady that fell in love with Tulane on her recruiting trip this fall,” Robinson said. “She is a very focused student-athlete and will immediately impact our team in the freestyle events while bringing depth to the fly events. After getting to know Emma through the recruiting process, we saw that she has the discipline to be very successful not only in the pool but in the classroom as well. Her potential as an athlete is easy to see with her nearly 6-foot frame and we can’t wait to coach her.”

Palmer joins the Tulane team from across the ocean and sports converted top times of 51.10 in the 100 free, 55.19 in the 100 back and 2:00.94 in the 200 back. A member of North Shore Swimming, she was selected to the Trans Trashman Tri Series Team and was the lone participant in the 2013 New Zealand to post a sub-30 second time in the 50-meter backstroke.

A 2012 New Zealand International Team member in the 100 and 200 back, Palmer was also selected to participate in the 2011New Zealand Open Swimming Championship.

“We are thrilled to welcome Tirol to our swimming and diving family here at Tulane,” Robinson said. “She will immediately impact our team in the freestyle and backstroke events, and we expect she will be an NCAA qualifier during her years here with the Green Wave. She is a resilient student-athlete and competitor with international experience, while outside of athletics she’s a delightful young woman. She is a very good fit for our team and we can’t wait for her arrival.”

At the 2013 Eastern Championship, Simpson helped set a team record in the 400 free relay with a mark of 3:31.50 and finished second individually in the 200 free. She claimed the Andover Washburn Award for her efforts in the pool, and is also a member of her school’s water polo team. In addition to her athletic accolades, Simpson also helped found the Beaurepaire Triathlon to benefit the homeless.

“We are excited to add Kaitlin to our team for many reasons. She has proven herself as a top swimmer in Canada and here in the States where she attends the prestigious Phillips Academy. Already familiar with being far from home, she is a mature young woman dedicated to her studies and will greatly impact our team in the freestyle and fly events. In getting to know her through the recruiting process we saw a spark lit within her to compete at the highest level and we look forward to coaching her for years to come.”

While Green Wave fans will have to wait until next fall to see the four newcomers take the pool in olive green and sky blue, the current Tulane swimming and diving team returns to action on Saturday, Jan. 10, when it opens the 2014 portion of its schedule at San Diego State.

The above is a press release submitted by the Tulane Green Wave.