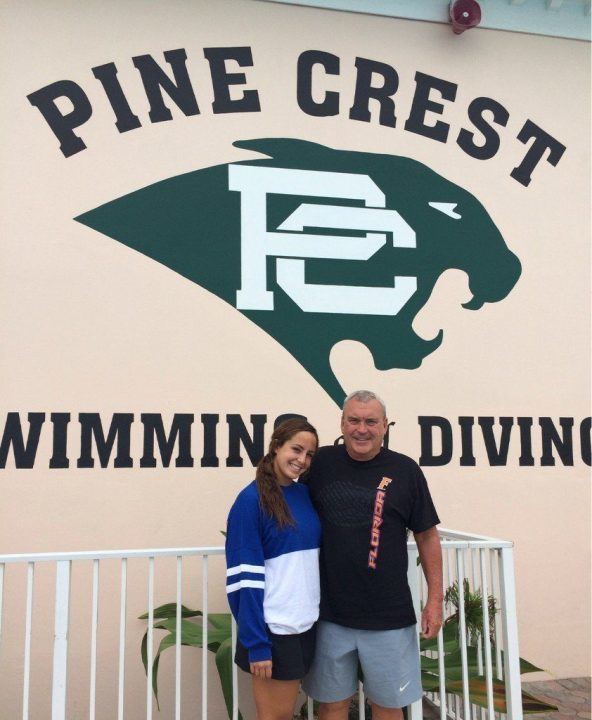 The Florida Gators picked up a verbal commitment from Tyla Martin Tuesday. Martin, a strong butterflyer and IMer out who represents Trinidad & Tobago internationally, but trains with Performance Aquatics in Boca Raton.

Martin competed for Trinidad and Tobago at the Caribbean Island Swimming Championships this summer, winning the 15-17 year old 200 meter IM and 100 meter fly with times of 2:25.27 and 1:04.27, respectively.

She took third in the 200 meter Free and 200 meter fly and was part of the first place Trinidad and Tobago 400 meter medley relay team, swimming a butterfly split of 1:03,58.

In addition to her club ties to Lindsay McKnight, she will be the second swimmer from Pine Crest School on the Gators joining Thomas Veale.

While Florida isn’t known as well as a butterfly program as it is, for example, a backstroke program on the women’s side, they have run some pretty good butterfliers through the program as of late. That includes the now-graduated Elise Zalewski, sophomore Taylor Katz, and junior Natalie Hinds, whose sprint freestyle abilities have translated very well to the 100 fly too.