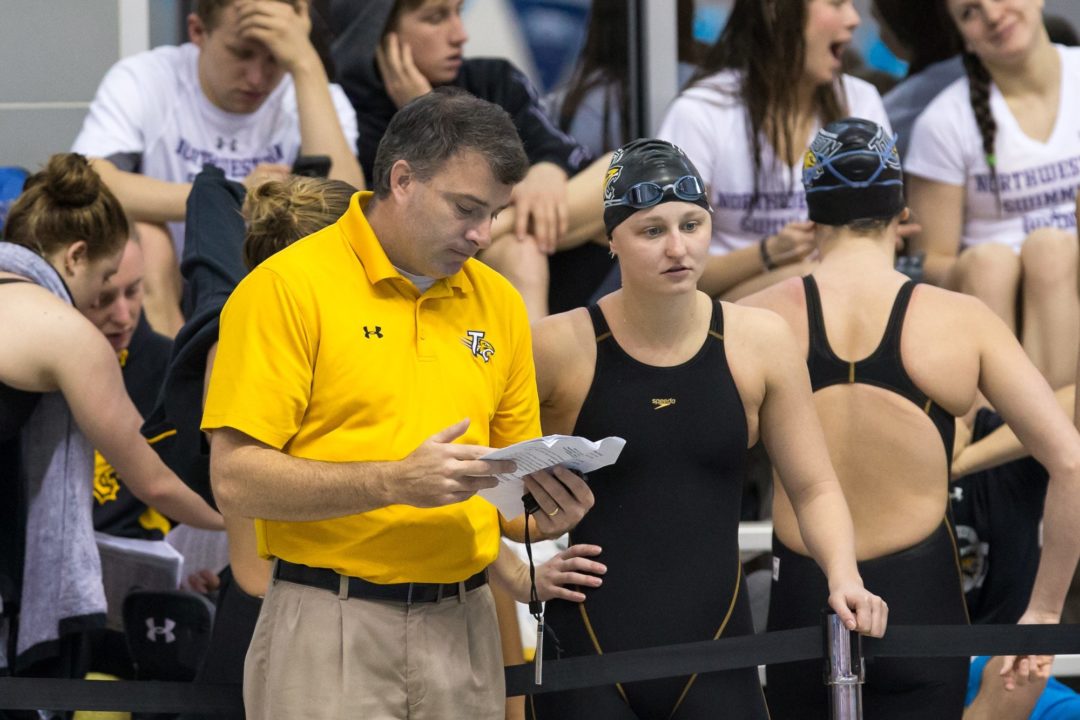 Fresh off of its second consecutive Colonial Athletic Association (CAA) Championship and sixth title in seven seasons, the Towson University women’s swimming and diving team will be well represented at the Division I NCAA Championships in Minneapolis, Minn., on March 20-22. Seniors Cassie Sorna, Kaitlin Burke and Melanie Rowland have qualified for the meet and will represent the Tigers.

“It’s a great accomplishment for our program to once again have multiple student-athletes qualifying for the NCAA meet,” Towson Head Swim Coach Pat Mead said. “All three women have worked very hard to earn this opportunity. I am confident that they will represent the university very well in two weeks.  Kaitlin is returning to the meet for the second year and I am sure she is looking to finish her career on a high note. Cassie and Melanie are in a great position to go to the meet and improve on their times from the CAA meet. Historically, we have been able to send people to NCAAs and have them swim even faster than their seed times.”

Rowland scored 51 points at the 2014 CAA meet, the fifth-most among competing women. She set a meet record in the 200-yard butterfly event, timing 1:56.36 to win the individual title. She will also compete in the 100-yard butterfly at the NCAAs after placing fourth in the event at the CAAs.

Burke was the CAA’s Most Outstanding Swimmer at the 2014 meet. It was the second consecutive year she won the award. She won the 200-, 500- and 1,650-yard freestyle events at the CAAs and led all scorers with 60 points.

Last season at the NCAA meet, Burke was an Honorable Mention All-American in the 1,650-yard freestyle event, finishing 13th with a time of 16:09.10.