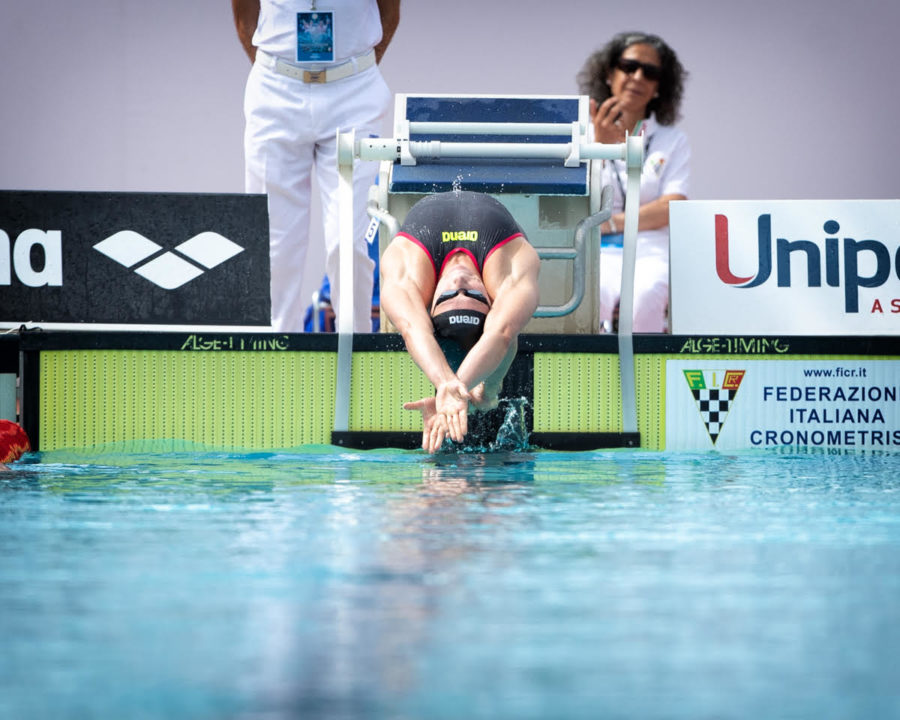 Day 2 of the 2019 Dutch Short Course Championships saw several meet records bite the dust on both the men’s and women’s sides in Tilburg.

Arno Kamminga, the man who took 2 gold medals at this year’s European Short Course Championships, produced a winning 200m breast effort of 2:04.43 to take gold this evening. That checked in as a new Championships Record for the 24-year-old national record holder.

Kira Toussaint, Kamminga’s double European Short Course champion counterpart on the women’s side, took the 100m back in a new meet record of 56.70. Toussaint also took the women’s 100m free, registering a time of 53.04 to top the field.

Kyle Stolk was the fastest men’s 100m free racer, stopping the clock in 46.88. Behind him was 18-year-old Kenzo Simons, who produced a silver medal-worthy effort of 47.23 to establish a new age record for 18-year-old Dutchmen.

In the men’s 800m free, Norwegian dynamo Henrik Christiansen nailed a winning mark of 7:30.79. That beat out runner-up Lucas Kroon who touched in 7:44.18 to notch a new Dutch national record for his effort.

OT but backstroke related. Roland Matthes, by many considered as the greatest backstroker ever passed away Yesterday.
“We have walked on the Moon, we will succeed in going to Mars, and one day , we will beat Roland Matthes”
RIP