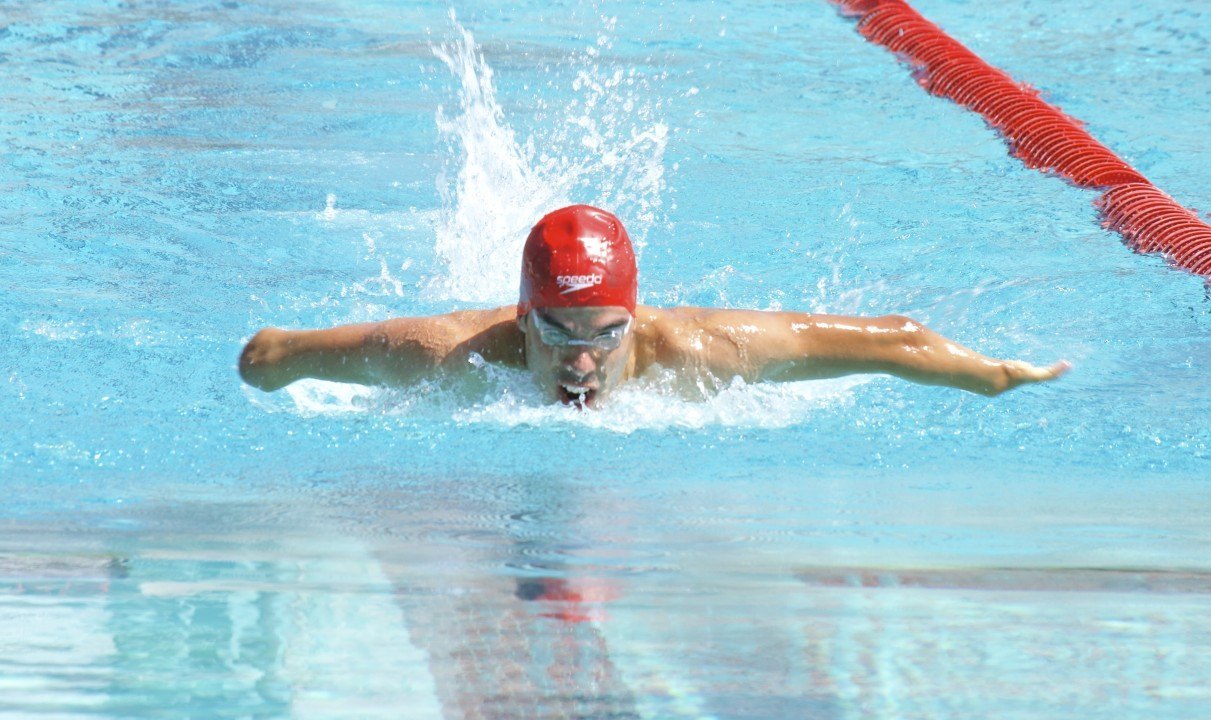 Daniel Dias (S5-BRA) broke the world record in the men's 50 fly for S5 with his 33.98 in finals. Current photo via Lawrence Curtis/The Factory Agency

All eyes were on Pasadena, California on Wednesday as 39 national and international records were broken on Day One of the Pan Pacific Para Swimming Championships.

Quite a few records fell in the 50 free. In prelims, Americans Kayla Wheeler (S2) and Michelle Konkoly (S9) went 1:19.06 and 29.24, respectively, to etch their names in both the American and PanAm record books. South African Adri Visser broke the African S5 record with 50.34 in prelims. In S14 Mariana Diaz de la Varga (MEX) went 31.57 for the PanAm record, while Taylor Corry (AUS)’s 28.36 was good enough for both the Oceana and world marks in S14.

In finals of the women’s 50 free, Alyssa Gialamas of USA got the American S5 record with her 44.90, and Mary Fisher of New Zealand wrapped up the S11 Oceana record with 30.96.