Tomoru Honda Out Touches Seto by .01 in 200 Fly Prelims at Japanese Trials 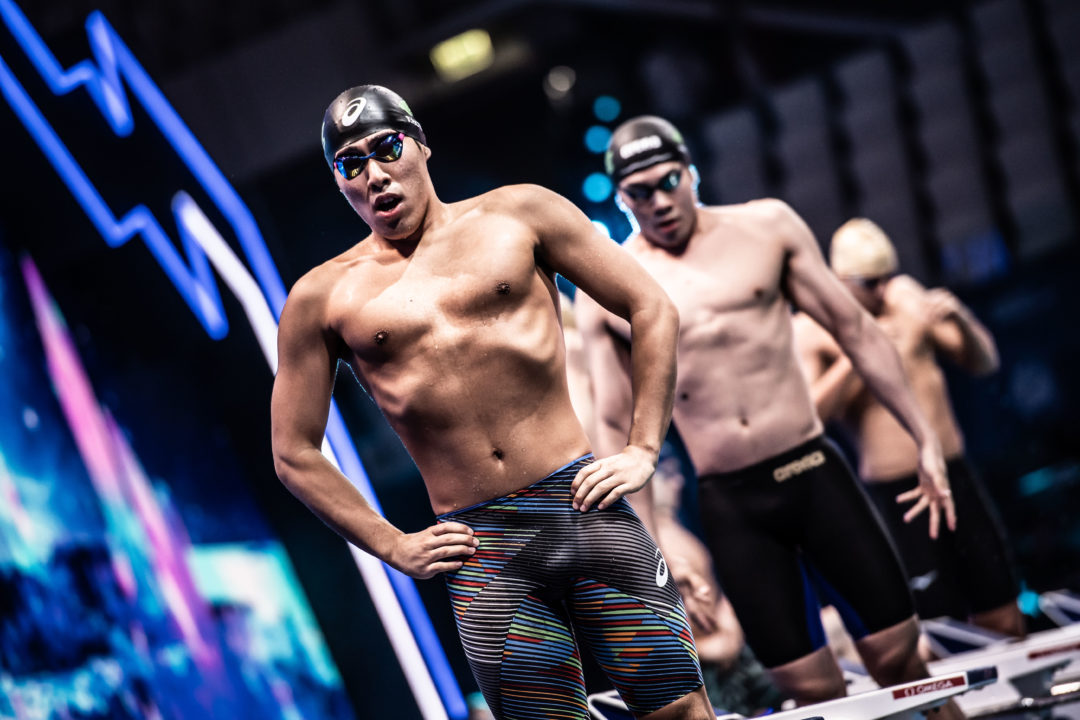 Olympic medalist Daiya Seto took out the first 50 meters of the 200 fly in 25.50, .32 ahead of Honda. But, the 19-year-old ended up out touching Seto by .01. Archive photo via Mike Lewis/Ola Vista Photography

One huge semifinal race to watch will be between 19-year-old Tomoru Honda and Olympic medalist Daiya Seto in the 200 fly where Honda out touched Seto by .01 in prelims. Seto placed 5th in this event at the 2016 Rio Olympics.

We can also look forward to a close race in the women’s 200 IM between Rika Omoto and National Record-holder Yui Ohashi who finished 1st and 2nd, respectively. Ohashi already has one gold medal finish at this meet after winning the 400IM final on Saturday.

Chihiro Igarashi worked the back-half of this race, finishing just .16 after Shirai despite being .86 behind her at the 100 meter mark. 18-year-old Nagisa Ikemoto finished in 3rd place with a time of 2:01.56. We will likely see faster times going forward as Ikemoto swam a 1:57.77 to win the teenage final at the 2020 Kiara Cup.

Notably absent from this event was National Record holder Rikako Ikee who won the 100 fly on Saturday, qualifying for a spot on Japan’s Olympic medley relay.

Olympic medalist Daiya Seto tookout the first 50 meters fast, with a time of 25.50 compared to Tomoru Honda‘s 25.82. Gradually, Honda chipped away at Seto’s lead and out touched him to claim the top spot going into semifinals by .01.

Teppei Morimoto took 3rd place about 1 second behind Seto with a time of 1:57.19. This was .20 faster than the time he posted at the 2020 Kiara Cup to win the teenage race.

Omoto posted a 2:10.62 at the same meet, ranking herself #8 in the world this season while Teramura is still ranked #5 with a time of 2:10.08 from the 2021 Kosuke Kitajima Cup in January. These gaps between their season-best times and prelims performances hint that we can expect some fast swims during the semifinals and finals.

2-and-a-half seconds separated 1st and 2nd place in the women’s 1500 and it was a tight race from the beginning. Yukimi Moriyama and Chinatsu Sato were separated by .12 at the 800 meter mark, but Moriyama was able to pull away and secure victory with a time of 16:28.25. Her season-best time is 16:14.63 from the Chinese Swimming Championships in September, ranking her #24 in the world this season. In 3rd place was Mia Yamamoto with a time of 16:36.99.

Seto is just like “Haha that’s cute of you”

I think it worth mentioning, 200 fly Olympic silver medalist Masato Sakai finished only 19th, and misses the semis unless 3 swimmer scratches out.