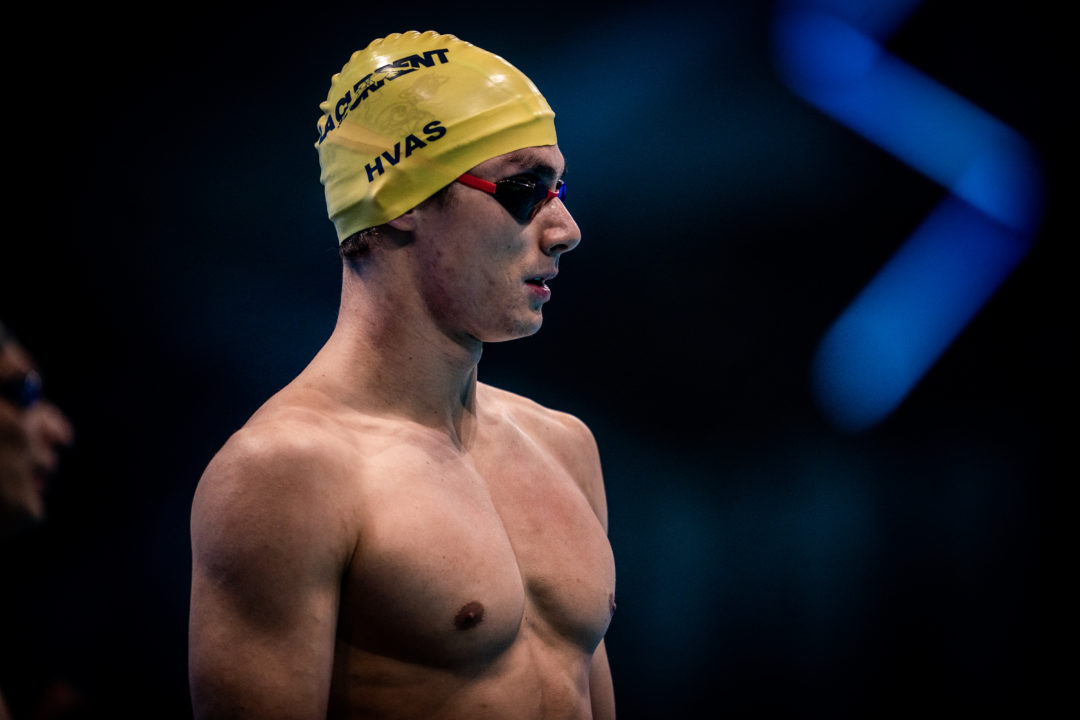 LA Current's Tomoe Hvas broke his own Norwegian National Record in the men's 200 butterfly on Sunday in Naples, swimming in Match 8 of the 2021 ISL season. Current photo via Mine Kasapoglu

LA Current’s Tomoe Hvas broke his own Norwegian National Record in the men’s 200 butterfly on Sunday in Naples, swimming in Match 8 of the International Swimming League’s third season. Hvas had already broken the Norwegian Record in the 200 fly in Match 4 in Naples and has proven one of the LA Current’s most valuable swimmers in season 3.

On day 1 of Match 8, Hvas was initially disqualified for kicking past 15 meters, resulting in the LA Current trailing the Tokyo Frog Kings in fourth place by two points, 182 to 180. However, on Sunday the disqualification was overturned an Italian Swimming Federation appeal board. When Hvas’ points were returned LA had 189 points to Tokyo’s 182, bringing LA into third place in the team standings after 20 of 39 races.