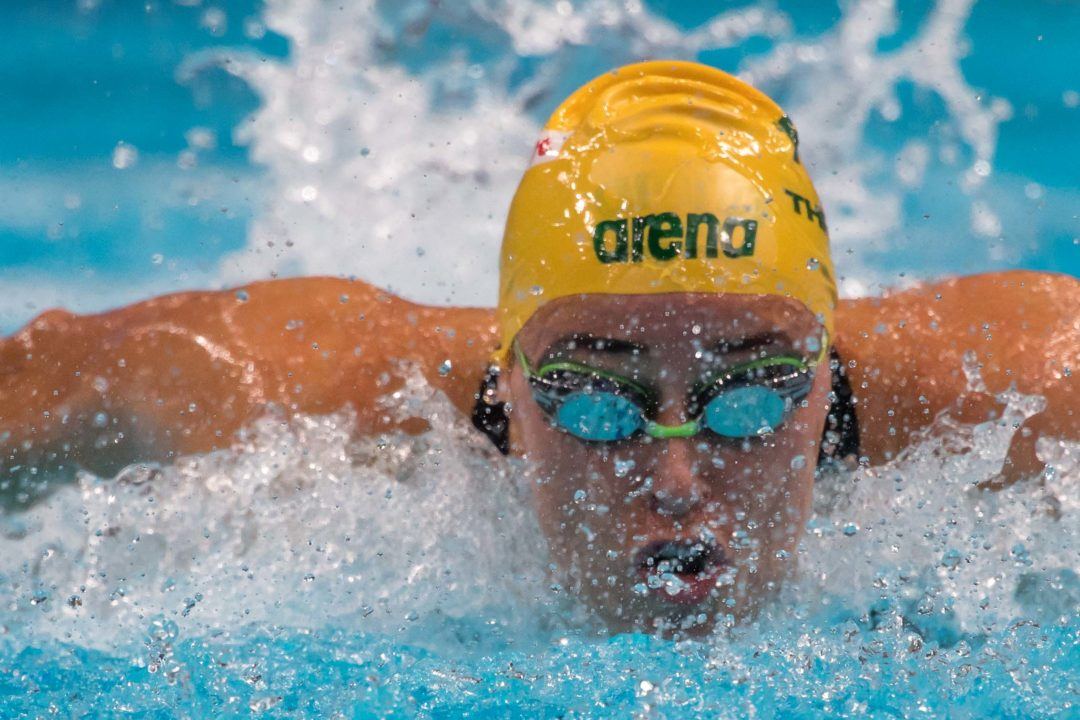 Brianna Throssell was named West Australia's 'Swimmer of the Year' for the third time in her young career. Archive photo via Mike Lewis/Ola Vista Photography

Australian Olympian Brianna Throssell has been named Western Australia’s 2018 Swimmer of the Year. Picking up her 3rd such honor over the course of her young carer, 22-year-old Throssell collected her Lyn McClements medal at the Westpac Swimmer of the Year Awards ceremony held over the weekend.

Throssell has helped put West Australian swimming the map, along with teammates George Harley, Blair Evans, Zac Incerti and Holly Barratt, all of whom competed at the Gold Cost-hosted Commonwealth Games last month. Throssell won gold as a member of Australia’s 4x200m freestyle relay, while earning individual hardware in the form of a 100m fly bronze. Throssell also finaled in the 200m fly where she finished 5th overall.

Throssell first emerged on the international swimming scene as a 7-time bronze medalist at the 2014 Youth Olympic Games. She qualified for the 2016 Australian Olympic team in the 200m fly where she finished 8th in the final. Most recently at her nation’s Commonwealth Trials, Throssell surprised with a personal best in the 100m free to finish 4th behind the Campbell sisters and Emma McKeon.

she is the GOAT