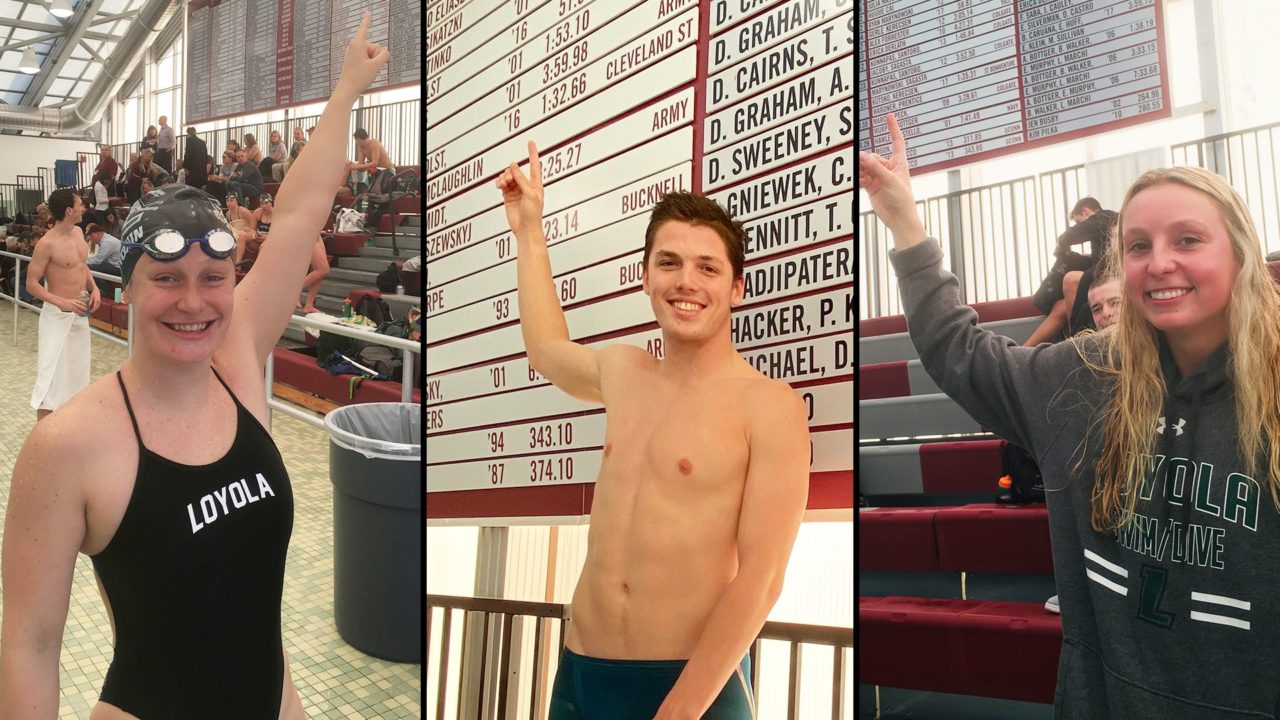 Loyola's swimming and diving programs combined to win every contested event during a dominant Saturday afternoon at Colgate. Current photo via Loyola Athletics

HAMILTON – The women’s swim team came into Lineberry Natatorium on Saturday hoping their success from the previous weekend would carry over. Though the final score didn’t side with the Raiders, several positives came out of the afternoon meet with Loyola.

In the 200 Yard Individual Medley, Kiersten Daly, Lauren deTorres, and Beth Caruana took the top three places in that order.

Colgate will travel to Poughkeepsie for a Friday evening meet with Marist, slated for 5 p.m.

HAMILTON – The Colgate men’s group that split last weekend found plenty of individual success despite dropping the home contest to the Greyhounds of Loyola.

Despite these impressive efforts, Loyola claimed a 209-58 victory.

Colgate heads to Marist for a Friday night meet before the much anticipated Rutgers Invitational.

Cronin set a new pool record in the 100-yard breaststroke, while Schouten set a new mark in the 200 breast. Both broke records which were originally established by Navy swimmer Julia Mason back in 1996. Verheyen’s record came in the 200 individual medley, as he took down a mark which had stood since 2001.

Verheyen, Reid Hussey and Jimmy Hayburn each recorded two individual wins for the men, who had the top three finishers in every race.

The Greyhounds return to Mangione Pool next Saturday, hosting Fairfield in a dual beginning at 12 p.m.