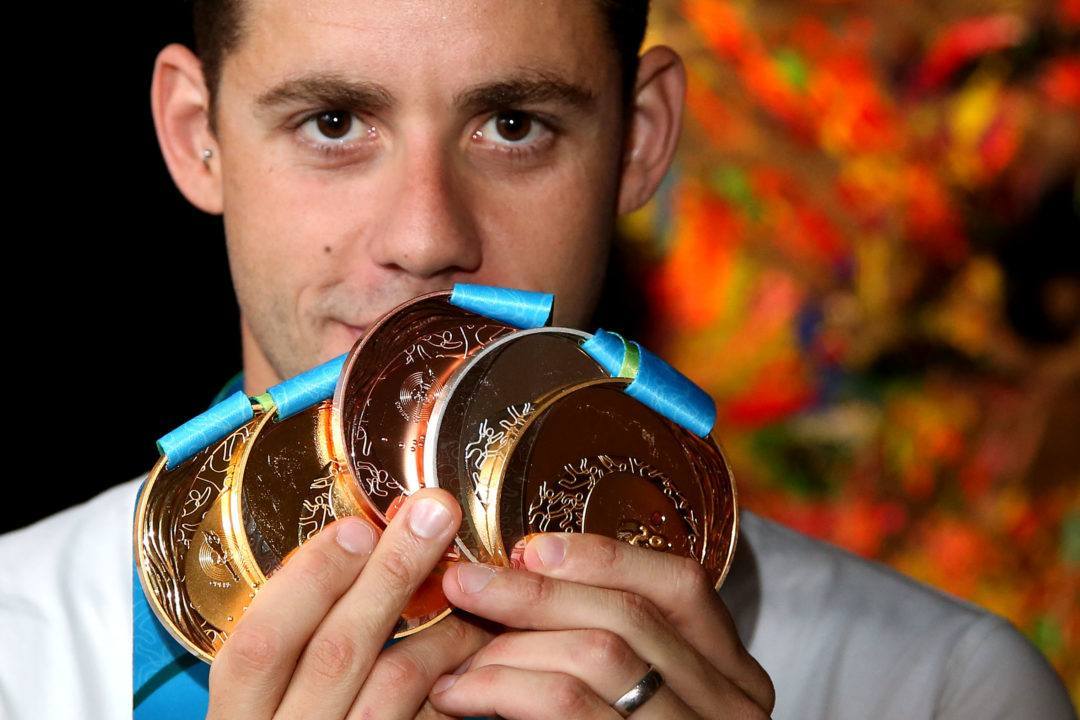 2012 Olympic silver medalist Thiago Pereira has ventured out into the world of triathlon, competing in an Olympic distance race in his native country of Brazil. The 32-year-old announced his retirement from swimming just over a year ago.

Per Globo.com, Pereira eventually plans to race an Ironman. He will continue his journey there on April 22, as he’ll race an Ironman 70.3 (half Ironman) in Florianópolis, Santa Catarina.

Open water is a different animal. You should try it some time.

Being a professional triathlete and a swimmer they totally jacked up those distances. I do my half iron Man swim in 21:30 and Thiago is a much faster swimmer than me. 10k is accurate but 1:40 for. 40k bike split is like 14 mph avg. Unless it was up a mountain the bike distance is off too. Most swimmers aerobic engines are good enough to go faster than that.

It’s easy to mess up the swimming distance in open water as a meet director. So I wouldn’t be upset. Just the way things are with open water.

It says the split times include transitions. Depending on how the course is set up, that means you can take anywhere from 2 to 8 minutes off that swim time, and anywhere from 1 to 5 minutes off the bike time.
Also, when swimming for a triathlon, unless you are in amazing shape, and it’s a sprint, the ONLY goal for the swim is to get through it spending as little energy as possible. I’m sure he could have easily taken more than a minute off that split with greater effort, but how would that effect the other 2.5 hours of the race?

And also we have no Info on Water Conditions on the day..

as long he’s first out of the water he did well. times are almost meaningless in open water races

super recreational time , I hope he doesn’t take this serious

Why not? Maybe he really likes it or has a real talent if he were to train hard.

Look at Lucy Charles. Probably the best in women’s Iron Man right now but was originally a GB distance swimmer!