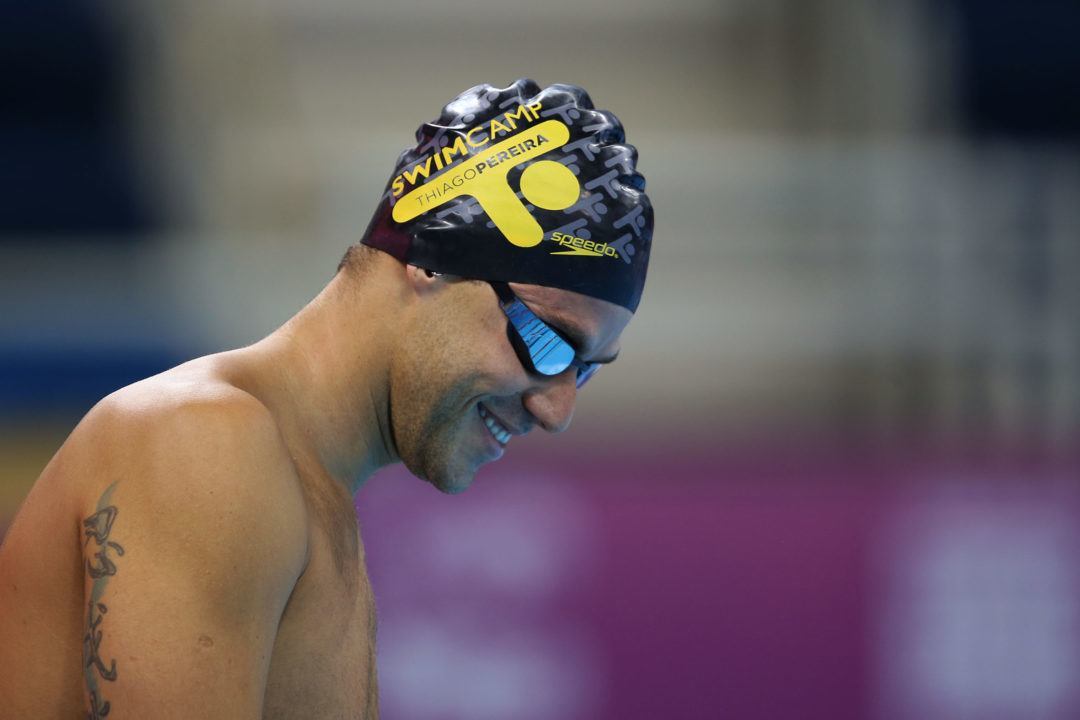 Thiago Pereira has announced his retirement, ending the career of one of Brazil's most-decorated swimmers of all-time. Archive photo via Satiro Sodre/SS Press

Thiago Pereira has announced his retirement, ending the career of one of Brazil’s most-decorated swimmers of all-time.

Pereira was the Olympic silver medalist in the 400 IM in 2012, beating out Michael Phelps for that spot. He competed in four consecutive Olympics, representing Brazil in Athens in 2004, Beijing in 2008, London in 2012 and at the nation’s home Olympics in Rio in 2016. Last summer, Pereira finished 7th in the 200 IM, marking four straight Olympic finals he had qualified for.

An athletics icon in his home country, Pereira was most recently in the news being honored with a life-size statue in his hometown. His retirement at the age of 31 means the international IM fields will open up dramatically for new faces, with Pereira and Phelps now retired after almost two decades apiece of dominating international finals, plus Ryan Lochte suspended for this coming summer and on the wrong side of 30 as well.

He was bad anyway

are you better than him?

And you are officially a clown. An ingrate who has clearly achieved little to nothing. A classless troll who attempts to belittle a national hero of Brazil. Thiago is an unbelievable swimmer and a true gentleman in the sport of swimming.
Go climb back under your troll rock and stop wasting our time

He was the best IMER behind Phelps and Lochte !!!!

0
0
Reply
Whatever
Reply to  ERVINFORTHEWIN

Cseh by far. He actually beat Lochte on multiple occasions. Triple silver medalist in Beijing behind the GOAT.

I will never forget the way the crowd roared in Rio for his 200 IM against the GOAT – he died hard, but he died in glory that night

One can only dream of having that kind ovation and energy directed at you. Gave me chills watching it live

One can dream, another will live.

And then he invited Lochte out. smh

A 1:55 in 200IM, that is a remarkable feat when you have GOAT and Lochte competing alongside through the years.

One of the best IMers in history – just overshadowed by the two greatest.