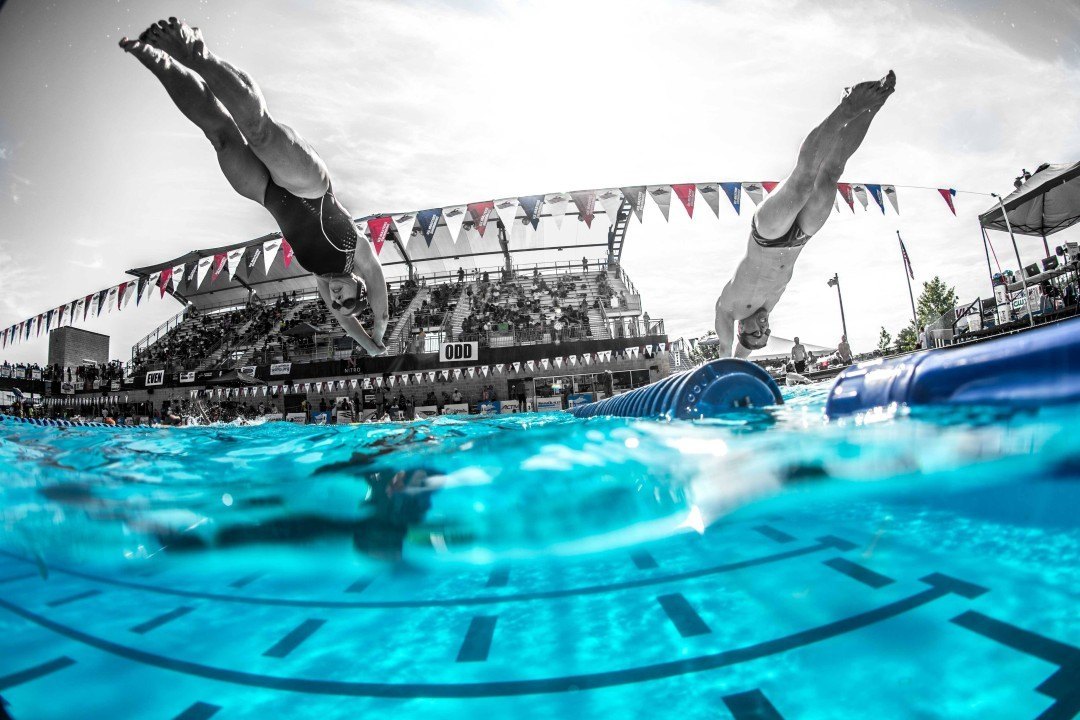 All of the Sportsmanship Award winners have distinguished themselves through sportsmanship and ethical behavior. In addition, these honorees must be in good academic standing and must have demonstrated good citizenship outside of the sports-competition setting.

“Ken and Greta are two outstanding student representatives of our University,” said Director of Intercollegiate Athletics Julie Hermann. “We could not be more proud of what they have accomplished and how they represent the Scarlet Knights.”

Leberfinger capped off her collegiate career with another historic year “On the Banks.” She reset her own program-best in the 100 breaststroke, in addition to claiming possession of the 200 breaststroke record as well. The team captain also etched her name into the record books alongside the 200 and 400 medley relays with program-best performances at the Big Ten Championships.

Leberfinger concluded her season at the 2015 NCAA Championships, competing in the 100 and 200 breast events. Following graduation, Leberfinger is set to compete at the 2016 Olympic Trials.

Additionally, Leberfinger was named the Rutgers recipient of the Big Ten postgraduate scholarship. Each conference institution selects a student-athlete that has maintained at least a 3.2 grade-point-average, demonstrated leadership qualities, served as an excellent role model and intended to continue their academic work beyond their baccalaureate degree at a graduate degree program. A psychology major with a minor in education, she earned a 4.0 GPA in the 2015 spring semester, and is an active community service participant.

Theobold qualified for his second consecutive NCAA Championships in 2015 while posting a 17-3 dual mark during the regular season, which was second-best on the team. After dropping his Big Ten-opener in RU’s dual versus No. 1 Iowa onJan. 2, Theobold bounced back with eight-straight wins, including one over a ranked opponent.

The Toms River HS South product displayed his perseverance amid the winning streak in his 7-6 victory against Jake Short of Minnesota on Jan. 11. Trailing, 6-4, entering the third period, Theobold quickly escaped to make it a one-point match down the stretch. At the 1:07 mark, Theobold took Short down, taking the lead and also reversing Short’s riding time.

Theobold was awarded the Community Service Award and Comeback Match of the Year Award at the program’s postseason banquet on May 6. Off the mat, Theobold is heavily involved in Rutgers’ Student-Athlete Advisory Committee (SAAC) and the Embrace Kids Foundation.

“Kenny is everything you want in a student-athlete,” said head coach Scott Goodale. “He lives his life the right way, is not afraid of hard work, and is a great teammate.”

The list of Big Ten Outstanding Sportsmanship Award winners from each Big Ten Conference member institution is below.