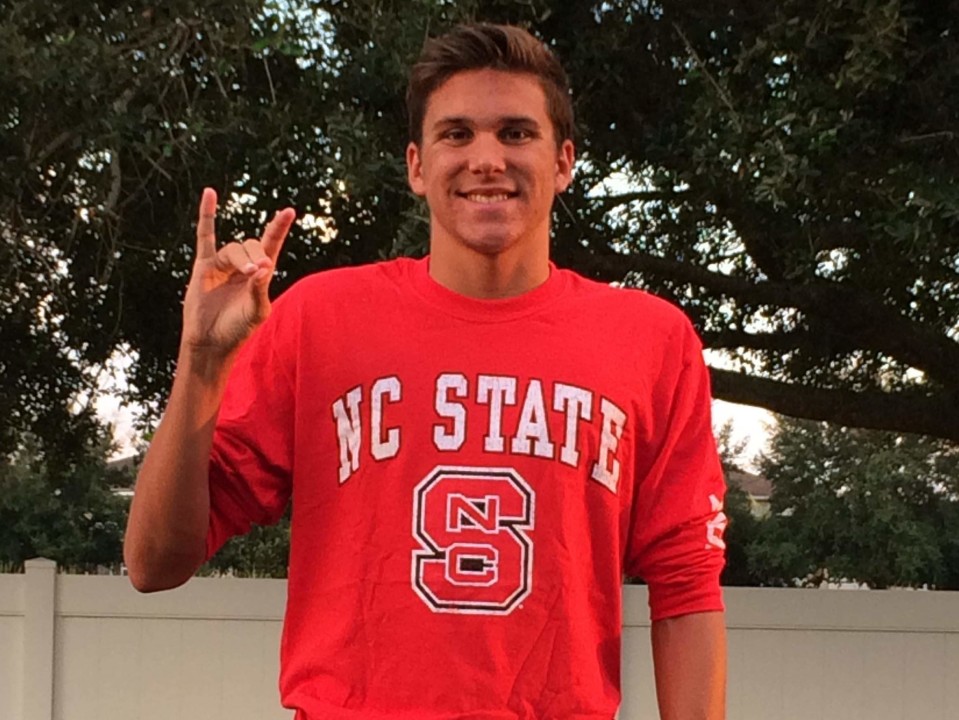 Danny Erlenmeyer, a two-event qualifier for 2016 Olympic Trials, has given his verbal commitment to North Carolina State University for 2016-17.

2023 “Best of the Rest” Freestyler Zach Larrick Commits to UVA

Danny Erlenmeyer, a two-event qualifier for 2016 Olympic Trials, has added his name to the growing list of verbal commits to the North Carolina State University Wolfpack’s class of 2020. Erlenmeyer is from Bradentown, Florida and swims for Sarasota YMCA Sharks and Lakewood Ranch Senior High School, where he as a 4.2 GPA.

Erlenmeyer has Trials cuts in both the 400m free and 1500m free. He came in tenth in the 400 at Summer Juniors, seventh in the 800, and sixth in the 1500. In addition to those three events, he also earned a PB in the 200 free at Juniors. Erlenmeyer’s top times are:

For all the talk about the Wolfpack building one of the top sprinting programs in the country, they have had quite a bit of success with their distance freestylers as well. Erlenmeyer will be joining a group that includes the ACC-scoring Anton Ipsen, Adam Linker, Austin Snyder, Matt O’Donnell, and Alex Hamilton (only Snyder will have graduated when Erlenmeyer begins in the fall of 2016), in addition to this year’s freshmen Trey Poff and Mason Revis.

NC State has amassed quite a class of 2020 already; other early men’s commits include:

Welcome to the pack, your are going to be seriously good boy!