The Water Under the Bridge 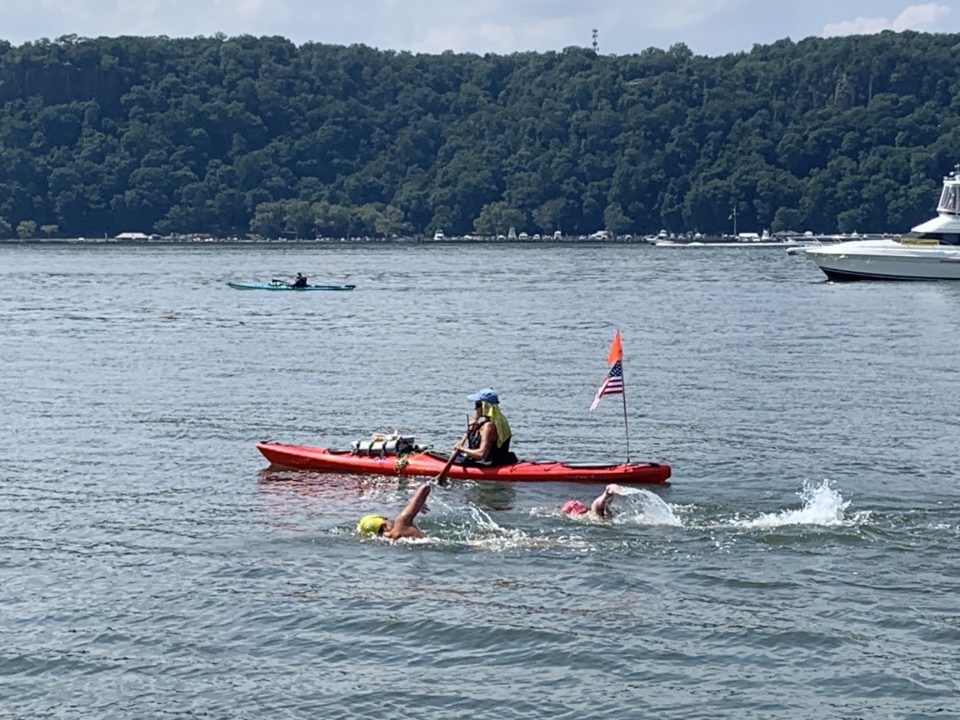 At only 16 years old, Henry Palmer is among the eight youngest people to ever swim around the entire island of Manhattan. Current photo via Henry Palmer

Most sixteen year olds are excited to get their driver’s licenses. Sixteen-year-old Henry Palmer was excited to get a medal for completing the 20 Bridges Swim.

The 20 Bridges Swim is a 28.5 mile swim around Manhattan via its three rivers: the Hudson River, the East River, and the Harlem River. Only 8 swimmers aged 16 or younger have completed the swim, Henry Palmer being the most recent athlete to do so.

Palmer was inspired to do the swim by his friend and mentor, Joe Zemaitis, who helped spark Palmer’s interest in marathon swimming. Palmer expressed that he was experiencing a plateau of his times in the pool, and “thought it would revitalize my love for the sport while also jump-starting my journey in marathon swimming.”

Palmer was not the only one excited for the swim. He had previously proposed other marathon swims to his family, such as the English Channel and Catalina Island swims. While the aforementioned swims concerned his family, they were excited about the 20 Bridges Swim because the rivers lacked the potential for dangerous animals and currents, and “…they were as excited as I was to tour the island!”

The swim took Palmer 7 hours, 56 minutes, and 55 seconds, but Palmer was confident throughout the process, “Going into the swim, I honestly didn’t have a doubt in my mind about finishing. By the halfway point, I was already tightening up in places that had never hurt before. I just counted my strokes to 1,000 on each arm and focused on taking the race one feed… at a time.” Palmer’s “feeds” were mixtures of water, carbohydrate powder, and Gatorade powder that he consumed every thirty minutes throughout the swim.

Palmer was joined by his friend Ridge Peterson, who took photographs and encouraged him from the boat. At one point, Peterson got in the water to help pace Palmer, “Ridge brought the energy during the swim. Every time I swam past the support boat, he was jumping up and down and cheering me on. The one hour he was in the water to pace me was definitely the best part of the swim, and it was by far my fastest 3 miles.”

Palmer sought to broaden his comfort zone by partaking in the swim, “Swimming is one of the most important aspects of my life, and I wanted to push the boundaries and show others what’s possible outside the confines of an eight-lane, 50 meter pool.”

While swimming for 8 hours isn’t a typical activity for sixteen-year-olds, Palmer has sought to inspire others to challenge themselves physically and emotionally. By being among the youngest people ever to complete the 20 Bridges Swim, Henry Palmer has set a precedent for young athletes everywhere to escape their limitations.

This is fantastic! Congrats Henry on an amazing accomplishment!!

Congratulations on an awesome swim! The time seems awfully fast, something like 3.6 mi/hr = 5.7 k/hr, or 1:03/100 m. Possibly the distance was a little less than 28.5 mi or there was a slight current. In any case, great swim especially for such a young guy.

Probably closer to 30 miles. The swim is only possible if the swimmer pace and currents are modeled correctly.