The Tim Hinchey Era Has Officially Begun in Colorado Springs 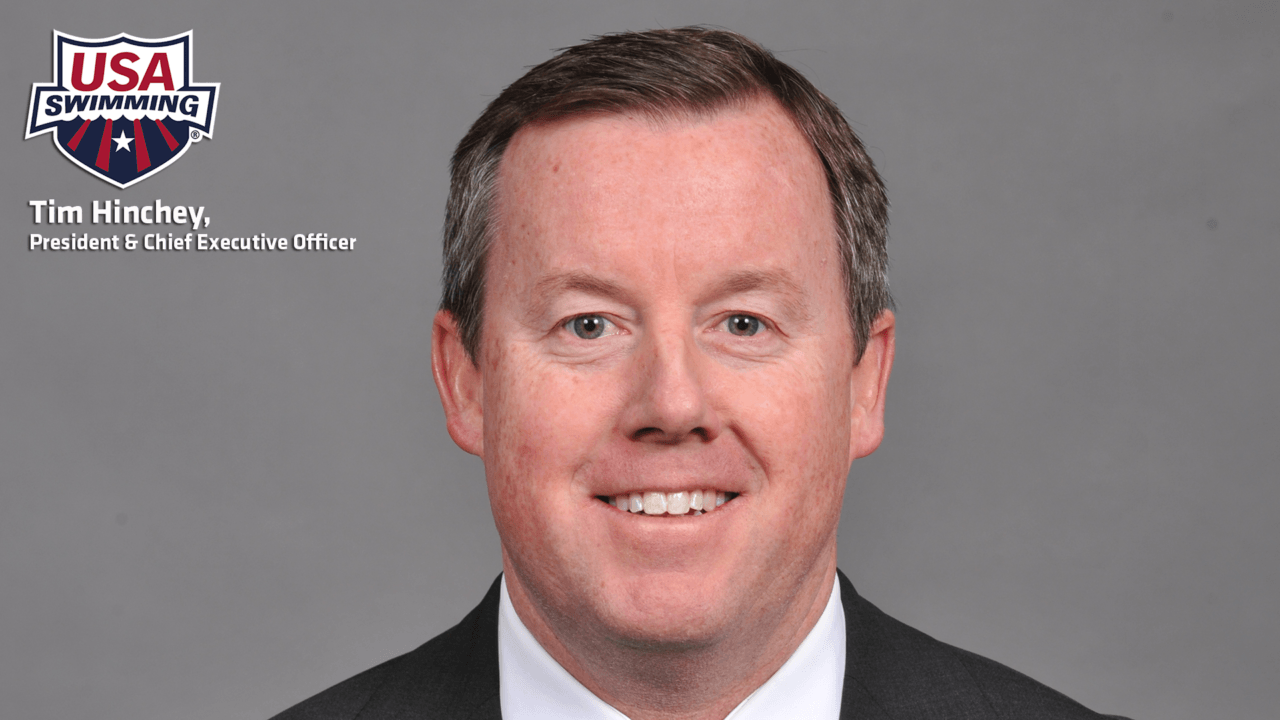 Tim Hinchey, the new Executive Director of USA Swimming, has officially taken up his residence in Colorado Springs, and has... Archive photo via USA Swimming

Tim Hinchey, the new Executive Director of USA Swimming, has officially taken up his residence in Colorado Springs, and has been in the office at the USA Swimming headquarters for a week.

He arrives at a crucial competitive juncture for the Americans – as the team that follows up the 2016 Olympic Team, one of the most successful in history, arrives in Budapest for the 2017 World Championships.

Hinchey arrived at USA Swimming after having been hired on June 1st. Geographically, the move was not a long one, as he has been the president of the Colorado Rapids, based out of Denver, since 2011. Culturally, the shift will be huge. He moves from an organization focused on highly-paid, professional athletes competing regularly in front of 15,000+ fans, with players contracted to teams and restricted in their movements, to a very different kind of sport. At USA Swimming, the bulk of his organization’s revenue will come instead from hoards of age group swimmers, and while there is a professional contingent, it is much smaller, more compact, and is a relative wild-west in that athletes are less bound by contracts than are professional soccer players.

There are some similarities, though. He has had to find creative ways to market a sport that falls outside of the Big 4 (basketball, baseball, football, and hockey). While the Rapids ranked 3rd-to-last in MLS attendance in 2016, they also played in one of the smaller stadiums – they ranked 6th in terms of % of the stadium that they sold out.

But those challenges will be even greater in swimming, where the “city” identity isn’t a draw for fans. Outside of the Olympic Trials, swimming has struggled to fill up even modest competition venues for National Championship meets, and Hinchey will have to conquer that.

He will also have to detail with the lingering ghosts of the sexual abuse scandal that rocked USA Swimming in the early part of this decade. While the policies and action on that side of the sport have vastly improved since, it’s something that can’t be rested on – and something that he by-and-large wouldn’t have had to deal with as the president of the Colorado Rapids (though the team does have a Youth Soccer Club).

Hinchey will also face an oncoming challenge that is different than that of any of his predecessors: college swimming is under attack, with half-a-dozen programs being on the chopping block every offseason. College swimming has long been both a crucial bridge to international competitions as well as a valuable target to motivate young swimmers to keep competing. USA Swimming has publicly stayed out of the fray, but the crisis with college programs being cut is growing to a point where it could very well threaten USA Swimming’s business model, and thus might be forced onto their agenda whether they like it or not.

That’s an issue that hits close to home for Hinchey – who swam at UC-Irvine, a school that no longer sponsors varsity swimming.

There are challenges and opportunities facing Hinchey’s tenure. The sport’s insiders seem firmly split between two camps. One side has expressed frustration that former second-in-command Mike Unger, a very popular figure in the sport personally, wasn’t elevated to Executive Director. The other side is excited that Hinchey brings experience from a more-professional sports and might breathe new ideas and energy into a sport that, while more intriguing than ever for the die-hard fans, has lost appeal in the more national consciousness with the second retirement of Michael Phelps.

Welcome to the sport, Mr. Hinchey. We look forward to working with you.