Texas Remains On Top Of CSCAA Men’s Division I Poll 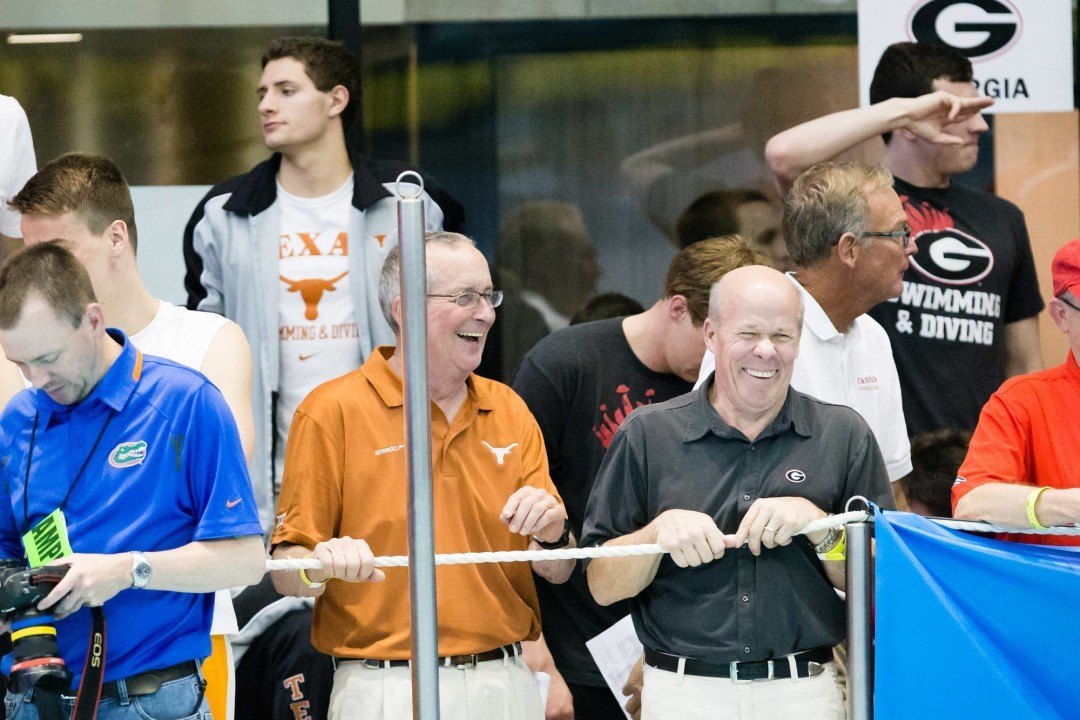 #4 Stanford bumped #7 NC State out of the top five with a 164-136 dual meet victory over the weekend. Archive photo via Tim Binning/TheSwimPictures.com

Editor’s Note: SwimSwam does not participate in the voting for the CSCAA Poll.

The Texas Longhorns remain on top of the second 2015-2016 CSCAA Rankings, receiving every first place vote. The Longhorns up incredibly fast times at their early season intrasquad meet, although the results were never officially submitted, and then beat #5 Florida and #10 Indiana in a two-day, long course and short course tri-dual meet. They have not competed since the first 2015-16 CSCAA rankings were released two weeks ago.

Stanford bumped NC State out of the top five with a 164-136 dual meet victory over the weekend. Stanford improved to fourth in the country while NC State fell to eighth after losing to the Cardinal.

The biggest movers this week include Missouri, Arizona, Ohio State, and Virginia. Missouri topped Kentucky, Northwestern, and Southern Illinois over the weekend, moving up four spots to 11th in the country. Arizona improved five spots to 16th after beating #19 USC in a dual meet, 172-126.

Two weeks ago, Ohio State received votes but was not included in the top 25, moving up 12 spots to number 21. Virginia received votes for the first time this year, jumping to 23rd in the nation.

About: The College Swimming Coaches Association of America (CSCAA) Division I Team Rankings are compiled by nine CSCAA-member coaches and one media member.   The rankings will be released on a weekly basis throughout the 2015-16 season, alternating weeks between a men’s and women’s team ranking.

Least surprising headline ever on SwimSwam … just keep copying & pasting this one throughout the season.